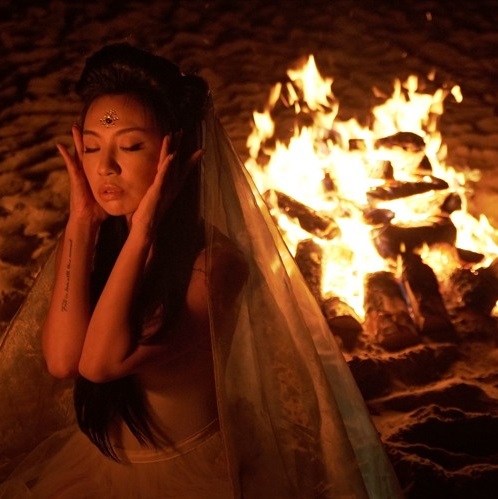 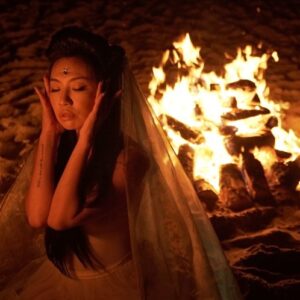 Fifi Rong has built up quite a following over the last few years gliding through several styles but always with a distinctive Chinese styled vocal that resonates from the first note. Her last single, the games console influenced electro Attack, shows a stark contrast to the new material where she joins forces with producer and songwriter LO who has recently amassed over five million streams on Spotify for his debut album, Lights.

The resulting four track EP is delightful. Fifi uses epic soundscapes influenced by cliffs, oceans and forests to offer light and optimism with some wonderful bass/house fusions from LO beginning with the title track which teases percussion before taking it away once more. Vocals are breathy utterings which give an expanse of feeling with the lush expanse of minimalist dance.

Hunger Game again projects Fifi’s unique vocal style which saw her guest on Toy, the 2016 album from Yello adding a delicate touch to the sound of the influential duo. Once more, LO shows a beautiful restraint and holds back the percussion to a mild whisper in a track which is catchy, subdued and simply exquisite.

With third track Upstream comes an absolute gem. A song and presentation of cinematic proportion – imagine a Bond theme as sounds spiral upward in tandem with some incredible vocals. Bass lines enter with faux orchestral backdrops and an engaging drum roll at 2.30 builds an already escalating track into the wonderful track that it is. If there is justice then this track will be played at every opportunity on TV and radio in the near future.

As the EP closes with Foreign, a more poppy effort with Chinese styled sounds and vocal approach, it can’t be ignored that not only is the collaboration of Fifi Rong and LO an entertaining and inspired one but, it is one which is well capable of having a deal of longevity about it. A gorgeous, heart-warming quartet of tracks.

August 3, 2020
0
One of Manchester's best young bands, The Blinders, have announced the departure of their drummer Matt in a statement...
Read more