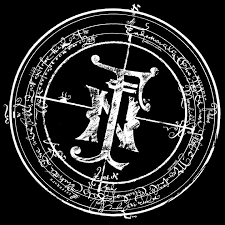 Like the giant biblical beings that they are named after, Fields Of The Nephilim own the Ritz stage. Emerging out of the haze of dry ice and the stark blue lighting the band are dressed in their regulation Wild West outrider outfits, looking like pale rider ghosts from a spectral frontier film that is yet to be made, as they deliver a stark and powerful set that many long term watchers here tonight welcome as being amongst the best the band have sounded.

There is much truth in this.

At this stage of the game the Fields Of The Nephilim could get away with coasting it but the clear, powerful and concise sound is one of the best I’ve ever heard in the Ritz and gives the band a powerful platform for their dark songs that smoulder with their perfectly realised dynamics that hold the tension before those climactic endings.

There is much more to them than just rock. Of course the band are built on the sturdy dynamics of the form. There are the clipped guitars and dive bombing bass runs and powerful tribal drums but film soundtrack is as much a big part of their sound.

It’s that understanding of the power of space and the creation of atmosphere over singalong choruses. These are huge soundscapes like those empty deserts in the American Wild West, that stark empty big sky of sound that glowers with a melancholic pulse that is key here.

Without anyone noticing the band have created an impressive cannon of work. Often looked on as Goth outriders, which of course is no bad thing, their closest relatives are actually the post apocalyptic, post rock bands like Godspeed! You Black Emperor, Swans and Ulver – bands who work outside verse/chorus/middle eight of rock and stretch out over a very dark canvas of filmscore. There is even the glowering, glimmering dark modern classical of Polish composer Gorechi and the Estonian composer Arvo Part in there – that dark atmospheric music that works with its brooding sadness and taut dynamics.

Rooted in rock, Fields Of The Nephilim are far more sophisticated than that. They were like a proto Clint Mansell, a high decibel Ennio Morricone, a powerful John Carpenter or a post punk Hans Zimmer glowering soundscape to the darkest movie that has never been made. This is as much part of their sound as the Sisters – their closest relatives – who deconstructed rock dynamics to create their own space but The Fields Of The Nephilim have immersed themselves in a wilder west.

Some of the songs ache with a powerful tension as main man Carl McCoy lets his heavily reverbed voice bounce over the high tension wire of sound. It’s thrillingly effective and a style they have made their own, building it up on their own, outside the cosy embrace of the music media. You wont hear this band on the radio or read about them much in the press. They never played that game. They were the butt of music press jokes back in the days when there was a music press but when they returned there was no indie press to snicker and they remain glacial and uncompromised and overlooked but as creatively powerful as ever.

And typical of bands in this world, they have the utter devotion of their fans who continue the age old gothic tradition of the sleeping bag fan, following the band around Europe albeit now staying in motels instead of sleeping on floors. The rapture of the audience is as compulsive as the band themselves – whilst the group stand still and stare into the void the audience moves as one, every digit on every hand moves with each twitch of the music and to each switch of the pounding rhythm overload.

And therein the middle of it all is McCoy.

The shape shifting line ups have all left their contribution to this unique sound but it’s the singer’s autodictat, self taught vision immersed in books of spells,paganism and the dark stuff from Aleister Crowley to horror films to the darkest passages of the darkest book of them all – the bible, as a reaction or continuation of his own religious, Jehovah Witness, upbringing. It’s this sense of faith and devotion, twisted and turned into a walk on the dark side that creates this intense fervour for the band from their black T shirt flock.

With music to match, this is an enthralling, all encompassing, dark swamp to get immersed in and adds to the mesmerising power. Tonight is no mere smash and grab on past reputations. It’s a celebration of a unique and powerful band who are operating beyond the straightjacket of rock. A best kept secret. A sold out show celebrating a unique vision. All they need now is a new chapter. A new album. A new missive that continues and underlines their individual journey.