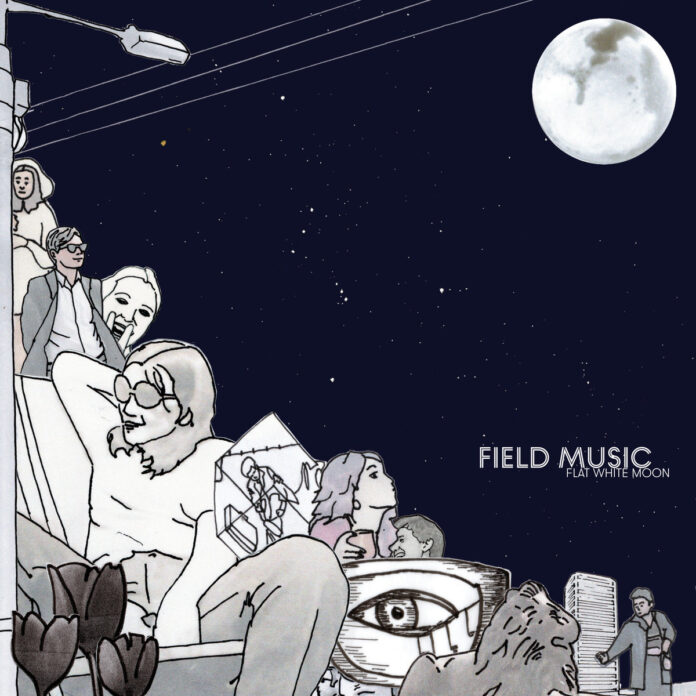 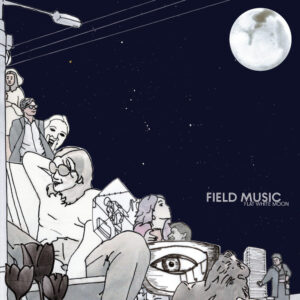 Either working solo or collectively, Field Music members have been particularly good at creating albums that embrace social commentary and sophisticated pop texture. Similarly to the preceding Making A New World, which explored a theme of World War I, the new album delves into social trauma. Although less horrifying, the pandemic is, indeed, another kind of war with the military actions splashing in hospitals, social media and across front pages of newspapers.

The album begins with chirping arpeggios of Orion From the Street – a chorus-lacking composition that evokes a drowsy feeling of Saturday mornings and the calm-as-a-millpond surface of a coffee in a mug. Overall, the first ten minutes of the record give a deceiving perception of a record poppier and more predictable than its predecessor. A spoiler – it’s not.

Similarly to their fellow countrymen Prefab Sprout, the Sunderland-based band present a clever interplay of avantgarde mellifluousness and intertextual lyrics. Perhaps, geographic proximity and common influences, tuneful texture akin to Paul McCartney, end the list of common traits. Alongside the gleaming spree of Prefab, there are funk overtones that come from their passion for relevant artists like Prince. Still, what Field Music make carries out the message of Britishness despite the multitude of overseas references.

Indeed, the tick-tock rhythm and Lennon-esque backing in Not When You’re in Love bring in the perfect tension and evoke the quirky vibes of the legendary Sgt. Pepper’s Lonely Hearts Club Band. There is also a sense of consistency. The serotinal mood and waltzing tread of When You Last Heard From Linda echoes with A Change of Heir from Making A New World. Intricate baroque pop arrangement with an infusion of impressionistic keyboard passage draws a picture of solitude out of necessity.

Strictly speaking, the more adventurous part starts in the second half of the record. In This City brings to mind the New York scene – cascading riffs and wacky rhythm guitar. The introduction of Meant to Be nods even more enthusiastically to an experimental stance on Talking Heads’ Fear of Music. That said, Field Music retain the charm of their own and remain pleasantly creative regardless of the circumstances.

Flat White Moon can be pre-ordered from Sister Ray and from Bandcamp.