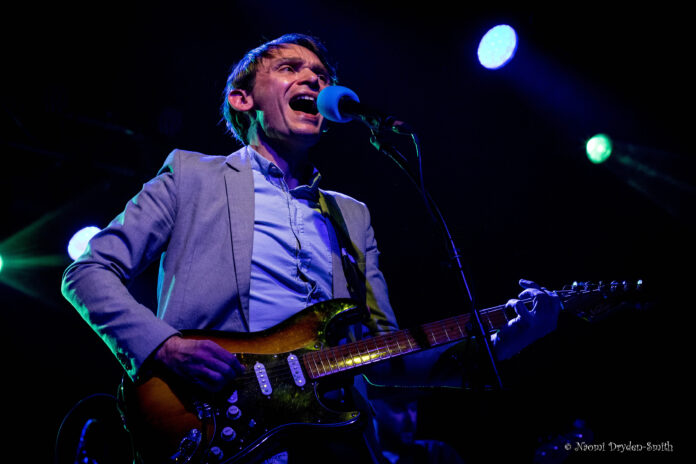 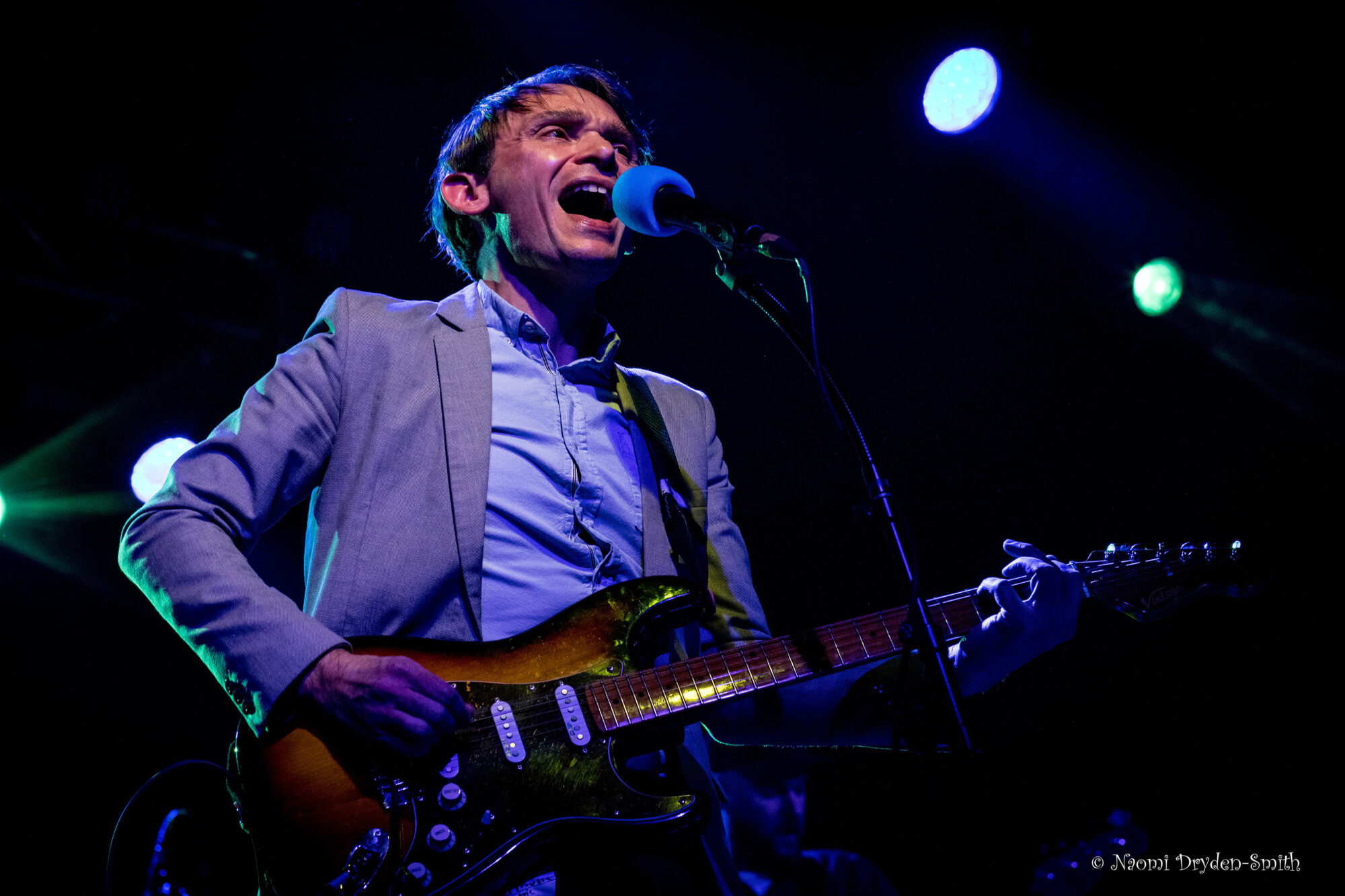 Once known as Irish Ballroom, the venue has not changed since the ’70s, when it was a hotbed of relentless post-punk energy. Joy Division played here twice in 1979. Although the dark railings of the mezzanine floor and grey walls keep the haunting presence, it is the people and artists who bring in different vibes here and now. Still, north is a common thread, uniting these artists. Field Music are from Sunderland. Francis Lung (announced as their support act) are from Manchester. Apart from geography, there is an overarching melody-driven approach that both bands have in common. Indeed, it feels natural to see them playing at the same venue.

Francis Lung takes to the stage first – dressed in white overalls à la Devo, with the frontman Tom McClung, wearing a casual white suit. The chatty demeanour of McClung seems to make a contrast to the music, revealing the taste of an astute introvert. “We are very good at impressions,” says the musician, filling the pause between songs. The semi-funny statement is followed by an immediate request from the audience who wants to hear a Sunderland accent. 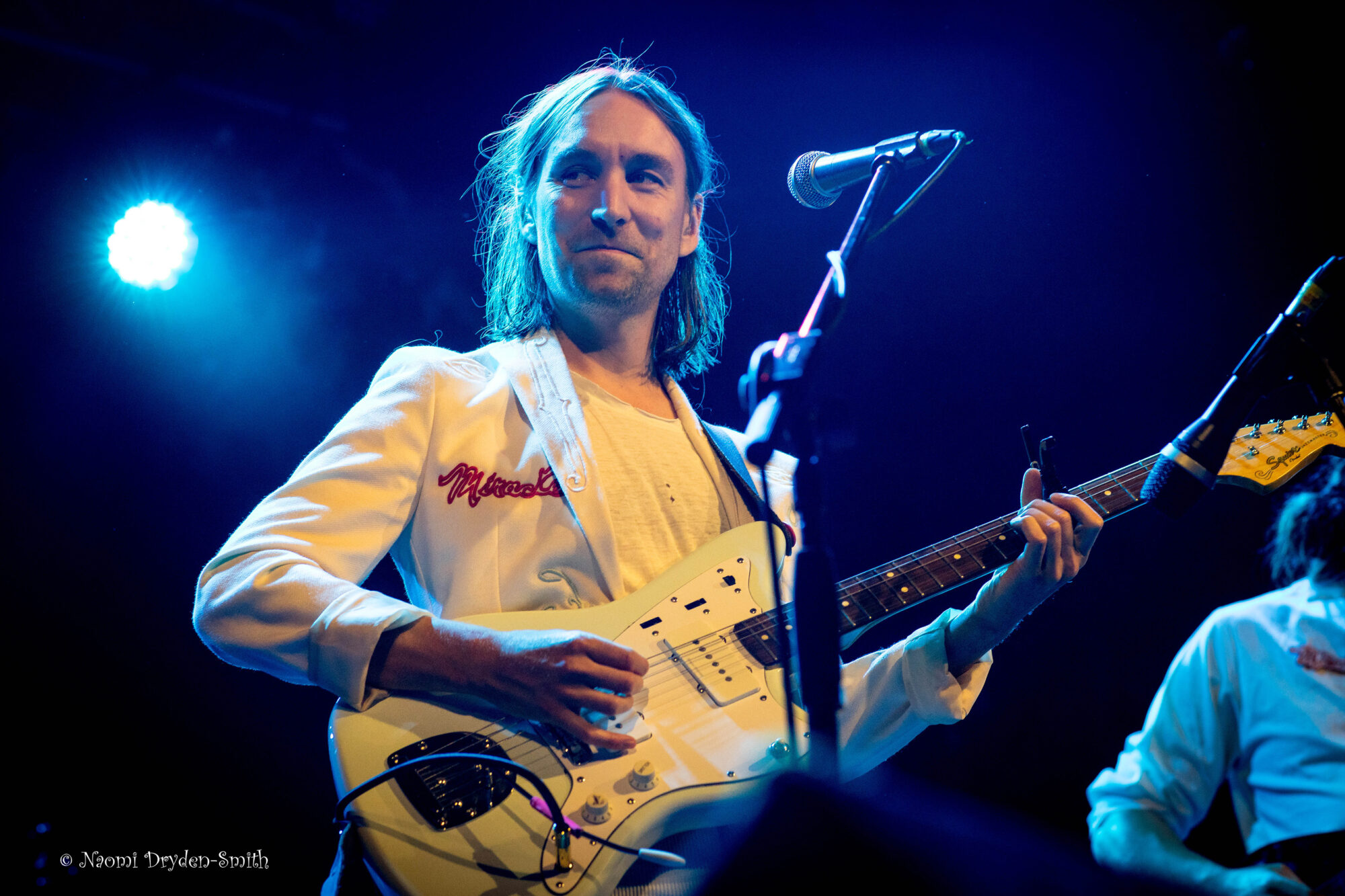 The live set extracts the lighter and more gleeful numbers from his latest (and brilliant) album Miracle. It feels though that the band is slightly uncomfortable with the sound, which is, perhaps, too crystal clear for the music, initially inspired by lush late ’60s baroque pop and psychedelia. Similarly, there are no Elliott Smith-esque overdubs on vocals that one can hear on the record. Perhaps jokes serve as the means to do away with this uneasiness. McClung’s detailed explanation of the meaning behind the lyrics is sometimes a bit wordy.

Yet, generally, there is a playful mood. With his occasionally distorted guitar solos, Tom McClung brings to mind his former project Wu Lyf. He easily switches between the roles of Tom and Francis, picking up the saxophone and deliberately playing slightly out of tune. It would be great to see the band performing longer and maybe at a different venue. 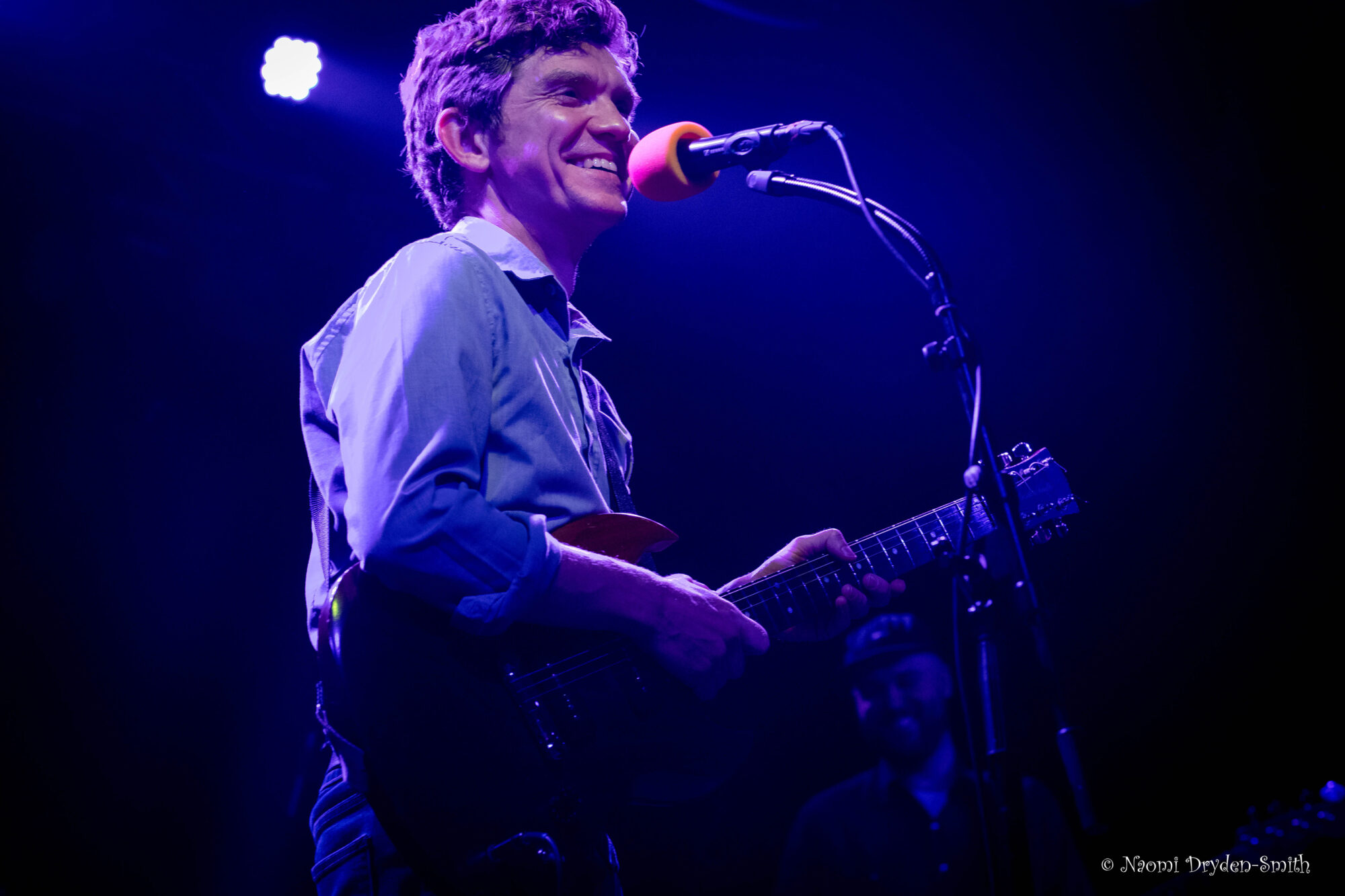 The five-piece Field Music, on the contrary, feel at ease from the very beginning. David Brewis confirms their familiarity with the venue: “It’s nine years since we played at Electric Ballroom”. Swapping the positions of drummer-guitarist, the Brewis brothers keep poking fun at one another, quite enjoying themselves. “I call it (safety) measures,” says Peter Brewis, while putting a yellow foam cover on a microphone. Simultaneously, David is putting a blue one on another mic. It’s interesting to observe how different these siblings are. While David pierces one’s heart with his gaze, Peter does so with intonations, singing the lyrics of Not When You’re in Love that the two composed together: “Don’t look, don’t touch, leave the fire alone/But it’s not in the English language/And it’s not when you’re in love”. Their contrasting presence makes up the core of Field Music. Other members are notable too. The keyboard player Liz Corney impressively shifts between deliberate plonking-piano mode and blizzardy arpeggios. With such intensity, the opening from their Flat White Moon album – Orion From The Street – sounds stunning.

They generously perform songs from their discography, travelling ten years back in time. Fans who have come from different parts of the UK, including Sunderland, recognise songs from their albums Plumb, Field Music (Measure) and Flat White Moon. Marrying funky rhythms with sophisti-pop texture, they create impeccable tunes that equally resonate with admirers of Prefab Sprout, Talking Heads as well as Prince. This is the case when music speaks to minds and hearts that might have disagreements but are united through the art.

More music by the bands on their official websites – Field Music and Francis Lung.