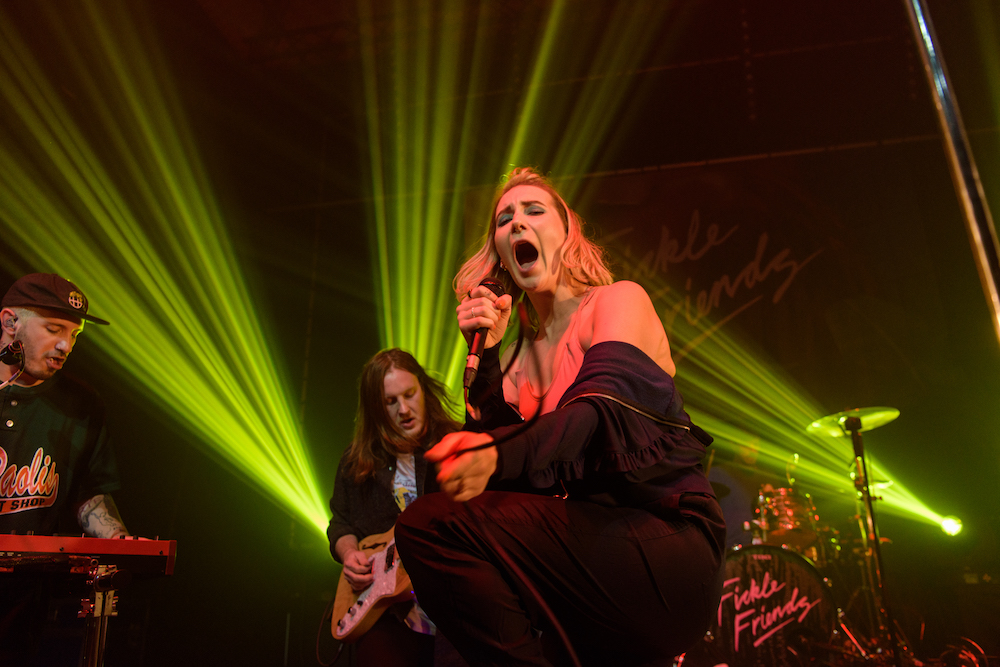 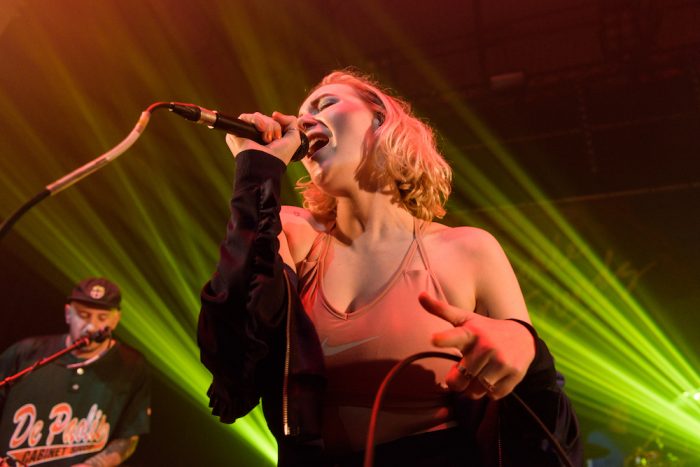 The brilliant Fickle Friends put on an incredibly uplifting set with their supremely upbeat anthems, as they getting everyone in Newcastle dancing.

Having still not released their debut album, Fickle Friends are currently out on the road packing out venues daily. Rightfully so though those tracks which have been released are particularly catchy and pack an incessant and exciting groove. As they arrive in Newcastle tonight they have Wild Front opening for them, a band who have otherwise passed us by.

Tonight it shows why, their sound fails to ignite a spark for us, falling squarely into the bracket of mediocre Wild Front don’t provide anything new or exciting. Their tracks amble a long there’s no hook to draw you in, it’s a lacklustre set from these lads and it doesn’t really get us particularly warmed up for Fickle Friends.

The same cannot be said for Fickle Friends who appear to be extremely excitable from the off as they open with Hello Hello. They set their stall out early, with the crowd bouncing they feed off of their energy. Brooklyn quickly follows and it feels like the band are about to peak too early, arguably one of their best tracks and it has the crowd in full voice singing along.

Fortunately, any fears are quickly quashed as Fickle Friends sustain their tempo and enthusiasm whilst reeling off a barrage party-worthy tracks. The middle part of their set is almost entirely dedicated to new tracks, all of which retain their sharp pop sensibility and tropical rhythms. As the weather turns colder Fickle Friends are just what the doctor ordered with their permanently summery tracks.

The latter part of their set sees them back to their well known and well loved tracks with the likes of Hard To Be Myself, Swim and finally Glue all making very welcome appearances. Lead singer Natti’s energy is infectious, but not just that the whole band are constantly bouncing throughout every track. There’s a real enthusiasm that runs throughout the band and this has translated to tonight’s crowd.

The shouts and screams for an encore can be heard all the way outside despite the band not initially returning, the noise of their fans was truly overwhelming. These were deserved roars of excitement though, tonight Fickle Friends proving why they’re one of the hottest and most talked about pop acts right now. Their incessant summery grooves, infectious excitement and energy and hugely catchy songs are the perfect recipe for a career in pop stardom. This will certainly not be the last you hear of Fickle Friends.