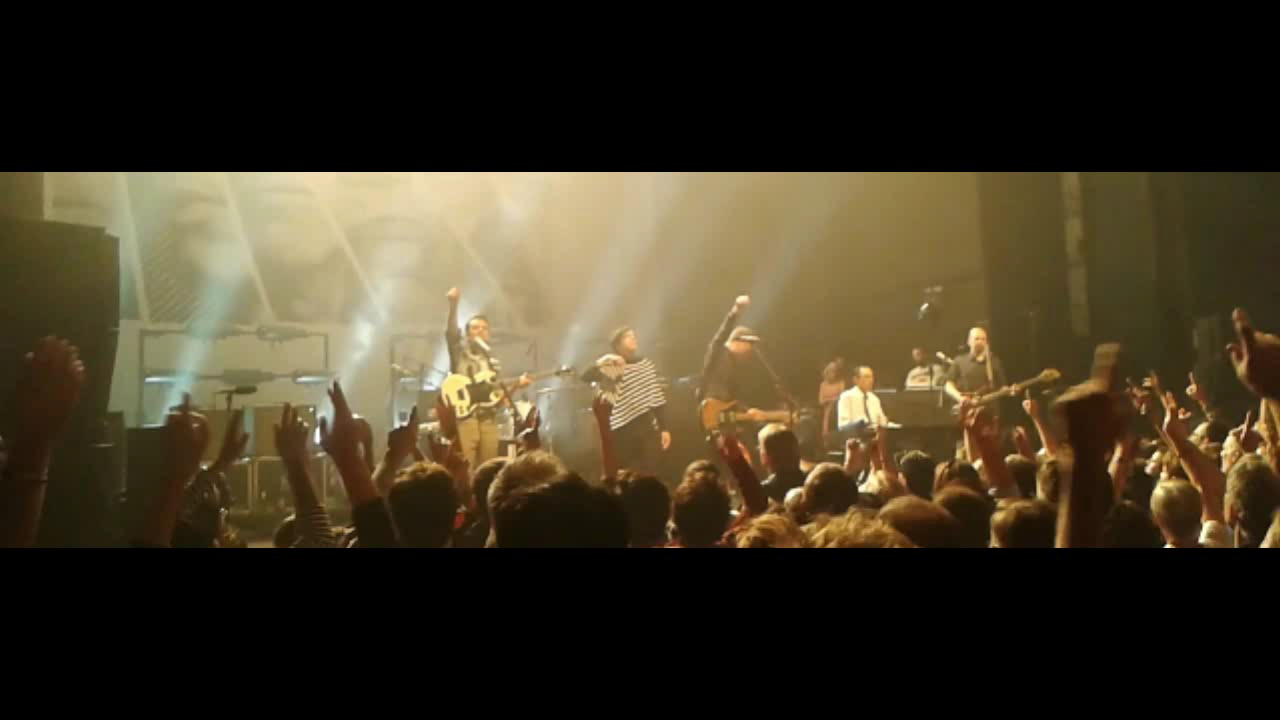 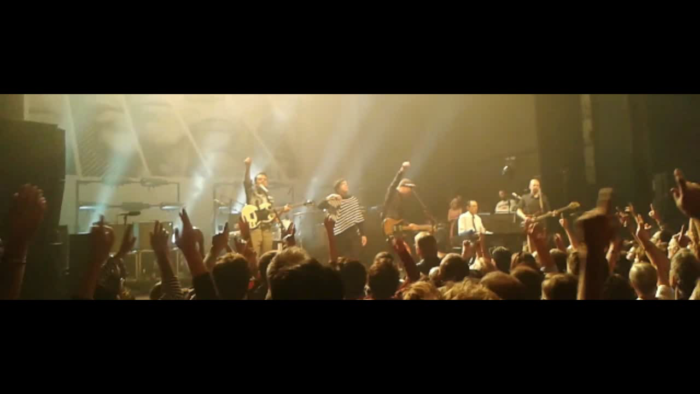 Keith Goldhanger reports back on a night out with his long time favourites SPARKS and recent favourites FRANZ FERDINAND.
The recently broken tradition of a swift pint in the neighbouring Bull and Gate before heading into the Forum returned for a few people this evening. The venue famous for its sticky floor and stage that hosted hundreds of up and coming bands has reopened and it’s transformation is just as we imagined it would be when it closed back in 2013. One man walked around sheepishly refusing any help offered by the wandering staff and a beer was not taken.
At the far end of the back room where we once saw the odd member of Franz Ferdinand stand on stage in their previous band “YUMMY FUR” is a kitchen that rumour has it hosts one of those blokes from TV’s Masterchef (or similar).
The room is packed. It’s half eight in the evening and it’s probably like this day in and day out.
Across the room stands another lone figure. His name is Andy. I’ve only known him for about thirty years.
I don’t know his surname but he was in a band once that played here too. We stand together shaking our heads on our metaphorical garden forks behaving like my uncle did when he turned up at the alotment one Sunday morning after a couple of weeks bedridden with a dodgy ankle and saw to his horror in it’s place was a Safeway carpark.

The Forum, just a few yards from this place seems to have been open for years. It’s another sold out show this evening by FFS. It’s tempting to tell people of a certain age you’re off to see SPARKS and it’s tempting to tell people of another certain age that you’re off to see FRANZ FERDINAND.This is Three gigs rolled into one.
FFS self titled debut album is certainly an album of the year in some peoples lives just as (Sparks) KIMONO MY HOUSE has been a highlight of peoples lives since it first hit our ears over 40 years ago and for some, the same can be said about the self titled debut by Franz Ferdinand since it’s release way back in 2004.
Franz Ferdinand haven’t done too bad in their comparative short lives (4 albums, industry awards and high profile headline festival appearances) and the idea of them collaborating with Ron and Russell Mael has been one of those things we doubt anyone ever considered or could see coming apart from the personal involved themselves.
Alex Kapranos stands alongside what could be his future self. Russel Mael stands beside what could be his past self. Jumping up and down for 90 minutes, projecting voices across the four walls in this old Kentish Town Cinema and performing songs that can more than often outsmart the previous work that came from the same people.
A perfect idea executed in the best way possible.
We get a seamless transformation from “Number one song in Heaven” (SPARKS) into “Michael” (FF). We get “This Town Aint Big Enough For The Both Of Us” half way through and a finale of “Collaborations Don’t Work” (FFS) which is proof if proof was ever required that we’re not just here for a nostalgic evening out reminiscing about our years at uni’ in the naughties or primary school playground in the 70’s.
Ron just sits there. Not looking that much older than he probably is anymore but gives us a smile and a dance that lasts for at least eight bars before sitting down again during “Number One Song In Heaven”.
The Mael brothers are a great example to those of a simular age happy to peddle out karaoke holiday camp cover versions of their own tunes to keep the fans happy. These two have somehow managed to recreate a backing band as good if not better than they had back when they were just seen as another band (from the US) who released albums we would lean up against our fading Sweet and Slade posters.
They’ve managed to co write an album that not only sits nicely alongside what they’ve done in the past, mirror the tunes we’ve danced to after closing time across the country the past ten years but also represent a lot of what some of us want to hear today. It’s fresh exciting interesting and maintains the wit for which Sparks have managed to make unique.
Take “Piss Off” – such a Sparks title never mind the tune.
“And When Do I Get To Sing My Way?”…we dont even snigger at these titles anymore, the tunes stand head and shoulders above any intention to reflect away from what we’re here for.
Sparks have been through the glam/rock phase, touched on Euro disco through their Giorgio Moroder produced disco thudding electro period, have flirted with becoming a karaoke holiday camp band covering their own tunes and are back where they began with a sound that not only complements the tunes they’ve been writing for decades but the new tunes we hear that we dance to before we go out at night and again once we get to where we’re going.
Franz Ferdinand sit in here nicely where simply no one else on this planet could. We get a few of their own favorites (Take me out/Do You Want To/Michael) but its the tracks from the FFS debut as well as a new tune that flew across three minutes of our lives that we cant wait to hear again that allows a crowd ranging between late 20’s to early 50’s to dance, laugh wine dine talk and sing .
No complaints tonight.
Nothing in the world is perfect.

Johnny Delusional
The Man Without A Tan
Save Me From Myself
Little Guy From The Suburbs
Dictator’s Son
Sherlock Holmes
The Power Couple
Do You Want To
Things I Won’t Get
So Desu Ne
Number One Song In Heaven
Michael
This Town Ain’t Big Enough For The Both Of Us
Police Encounters
Take Me Out
Piss Off
No You Girls
When Do I Get To Sing “My Way” ?
Call Girl
Collaborations Don’t Work

FFS can be found online here: ffsmusic.com, on Facebook, and tweets sent from@ffs_music