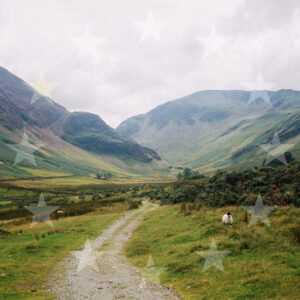 Electronica producer Geraint Ffrancon today releases his brand new album ‘Ewropa’. The album consists of twenty seven tracks representing every country that will be left when the UK leaves the European Union.

‘Ewropa’ is an album that mixes both hope, helplessness, positivity and melancholy. Ffrancon has spent his whole life travelling to different places in Europe, and feels a deep affinity with Europe and the concept of being a European. He’s lived in Sweden and Scotland, spent many happy holidays in France and Spain, and has at various times been obsessed with European arthouse movies and the continent’s cycling scene. His favourite country in the world is Belgium – beer,Tintin, football, techno, bikes, Jacques Brel… what’s not to like?

“When the vote happened, like many creative people I felt strongly that I needed to respond to this historic occasion. The biggest emotion I felt wasn’t anger or hatred, but a profound sense of loss and of pensive sadness – that history is moving on and is leaving me behind. There’s a nostalgic vibe to a lot of it. Despite all the doom and gloom, I also see ‘Ewropa’ as quite a positive, uplifting album. A fuck you to all the people who want to leave Europe, because we can never leave it – we’re a part of it and always will be (and these days are physically connected to the rest of it via the channel tunnel). The rest of Europe is easier to get to now than it’s ever been. European influences are everywhere. We’ll always be European.”

Born in Wales and now living in Bristol, Geraint has been producing concept-driven electronic and abstract music and soundwork since 2002. His works include running an imaginary record label for seven years, attempting to collaborate with everyone in the world as Ffranconstein, and most recently chanelling the twin spirits of Detroit Techno and Owain Glyndwr in the guise of Machynlleth Sound Machine.