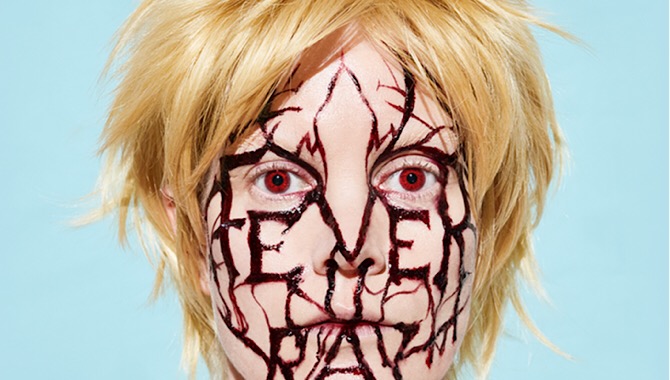 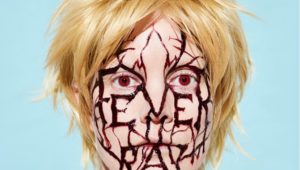 After a hiatus of almost a decade, Fever Ray played a short tour of the UK taking in Manchester’s Albert Hall.  Throughout the eventing, clad in white oversized shorts and cropped t-shirt, Karin Dreijer, Helena Gutarra (clad in an outsized body builder prosthetic) and Maryam Nikandish shimmered in and out of the foreground as Fever Ray leapt from the flames, summoned onto the stage in an intensely and increasingly intimate performance backed by two samba percussionists and keyboards.

Amongst the tribal clatter of bones there is unity. In the brief silence the light is red. Laser red totem poles and laser red wig wam. We move closer to the fire. The clatter of bones intensifies, deeper, more unified as the three women entwine and unfurl, touching, writhing.  Until now it is clear, we have been dancing around the fringes, still stacking the kindling.  Now the initiation, now the ceremony begins.  Postions are taken, identities switched.  Harmony, discord, anticipation and desire.  Theses are the rites.  And between audience and performer, the gap is closed.  Beneath our feet there are hot, hot coals.

There are animal silhouettes and spinning wings, silver and red, catching the lights, constellations in their folds, hypnotic spirals, dreaming you in.  Fever Ray is from the other side, from through the flames, from different place.  On nights like this, once in each ten years, Fever Ray is here.  Fever Ray is here.

Plunge is out now on Rabid Records.  Watch the video for IDK About You here: