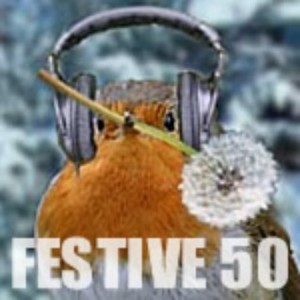 John Peel’s festive 50 is very close to its 40th birthday now, and it’s still going strong. This is almost exclusively thanks to the erstwhile efforts of the good people at Dandelion Radio, and, as has become traditional since they took over management of the chart, the countdown to this year’s festive fifty starts tonight, Xmas Eve, at midnight. Find out how to tune in below.

Back in November we ran a blog by Dandelion Radio’s Mark Whitby talking about the stations tenure shepherding the Festive Fifty and asking for you to submit your votes. Those votes have now been collated into the 2014 festive fifty and the countdown begins at midnight tonight.

Also this year the station is handing over it’s airways for a pre-pre-festive 50 show to Mike Livesley who we recently ran an interview with as “the man who’s trying to keep the memory of Vivian Stanshall alive” through his stage show which re-enacts “Sir Henry at Rawlinson End”. His show starts at 10pm on 24th December 2014 and runs for an hour. It’s billed as:

“A special just for the Christmas break – presented by Michael Livesley and Andrew Battersby. Why not kick off your slingbacks, take off your girdle, sit back and relax for an hour with Michael and Andrew as they present, for you, The Ghost of Christmas Pants.” Read more about the show here.

Following Mike and Andrew’s hour, which you should be warned only lasts for three days on the station, Christmas Eve, Christmas Day and Bokkers Day, will be the traditional one hour, one off special “festive 50 buildup” show, which’ll lead straight into no. 50 in the countdown from as near as dammit midnight. From then the festive 50 will repeat roughly once a day for the rest of December and all through January. The full schedule can be found here, details of how to tune in on the Dandelion Radio website.

Dandelion Radio’s website is here: dandelionradio.com. They’re also on Facebook and they tweet as @dandelionradio. Hope on board the latter two there from midnight and join in the conversation.