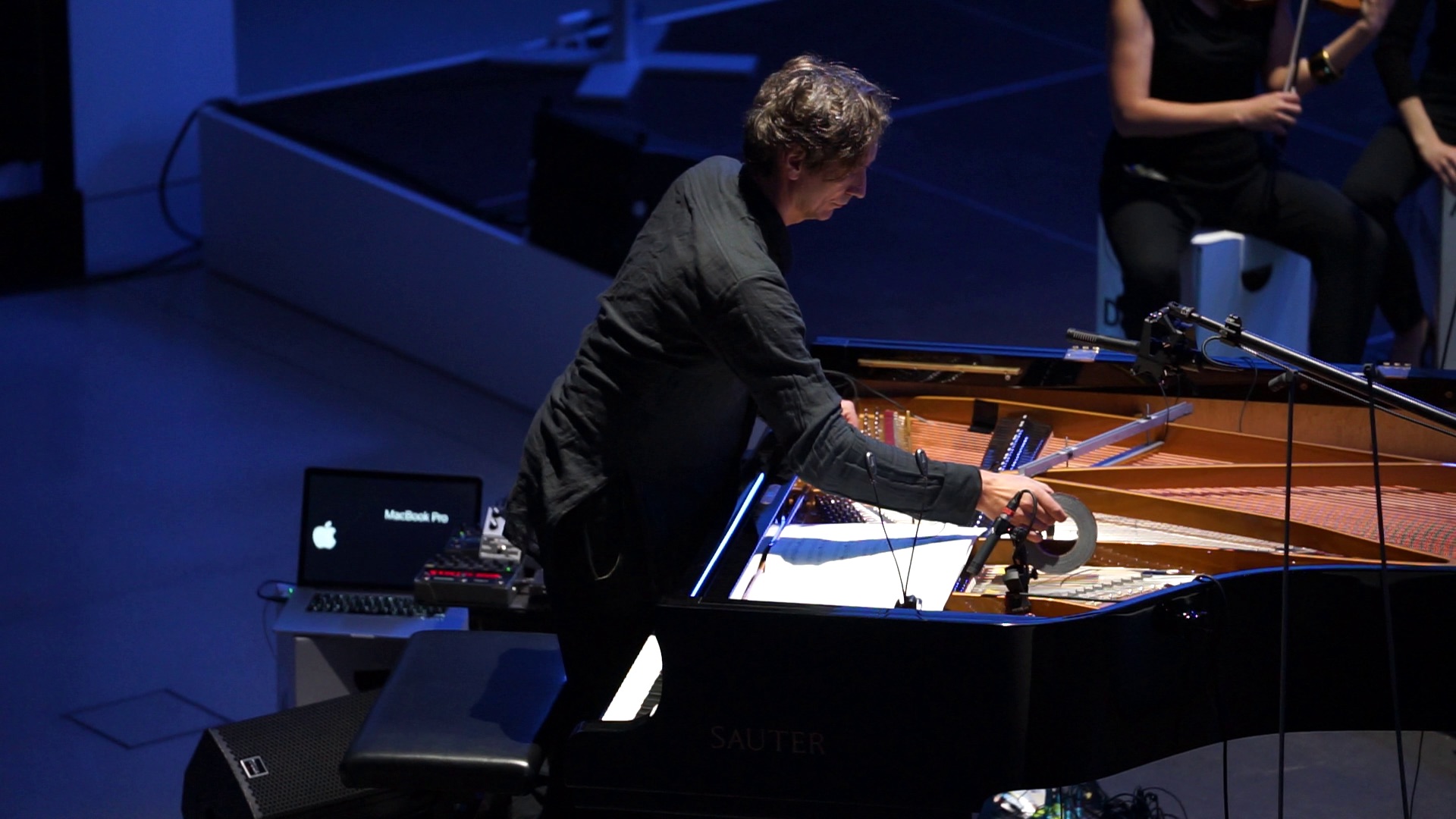 Three hours of contemporary classical music, anyone? Admittedly not a question that’s likely to get much of a favorable response at pre-drinks as rounds of cheap gin are necked frantically, or at a raucous house party at 2am when the sweat’s dripping off the walls. Just as well then that despite the look of the top 40 and Spotify’s Viral 50 suggesting otherwise, music doesn’t just exist to soundtrack games of Ring Of Fire, or to fill filthy dancefloors with girls in high heels and coked up city boys.

Once the beating heart of western music, the broad term ‘classical’ has come to refer to the wide range of composers from the medieval period to the late 19th century, who stood at the forefront of musical ingenuity and innovation. Interweaving complex tapestries of sound they created symphonies on love, time, rage and memory, exploring intricate ideas and fervent emotions without a single lyric. But music is no exception to the whirring force of change brought by modernity. Now it exists in most of society’s collective consciousness as an echo of the past, like an exhibition of fossilised art to ponder on a wet Sunday afternoon, far out of sync with the fabric of everyday life. Mostly consigned to film scores or Classic FM, whose audience is mainly comprised of middle class mums who listen as they cook their M&S ingredients to a Nigella recipe, the violin and the flute have been unashamedly swapped for the guitar, drum, microphone and computer.

Amidst this backdrop the challenge faced by the Neue Meister concert series becomes clear: to bridge the gap between the distant past and the radiant present and future; to help revive a genre that has long been severed from youth culture; to keep its sophistication and class whilst finding new audiences. An arduous task, but one we should be thankful that one label is even attempting, whilst others lap up the juices of the more marketable pop and house that continues to swell already bulging coffers.

Set in the DRIVE: Volkswagen Group Forum, its normal function being a car showroom, the showcase has an almost clinical feel, all whites and clear glass, that seems suggestive of Neue Meister’s desire to dust off the cobwebs of this genre and bring it soaring into the modern age. The night begins with a selection of tracks from Damian Marhulets’ extraordinarily ambitious and intriguingly original project ‘Ecartele,’ a soundtrack to an imagined feature film about the unlikely friendship between masterful quantum physicist Wolfgang Pauli, and renowned psychoanalyst Carl Jung.

With interest in both physics and the inner workings of the mind rapidly growing, thanks to the rise of the internet and charismatic torchbearers such as Neil deGrasse Tyson and Jordan Peterson, this choice of subject matter feels perfectly apt for the time in which we live, and for the audience Neue Meister should be aspiring to attract. Despite aiming so high, Marhulets’ execution is exquisite. He tenderly stirs the Berlin Chamber Orchestra into life, whilst interspersing electronic melodies and beats in real time – and gorgeous layers of sound pour into the neural pathways in my brain. He blends classical instrumentation with modern production beautifully to create immersive soundscapes that never feel jarring or laboured, but rather feel delicate yet free, cinematic yet intimate. 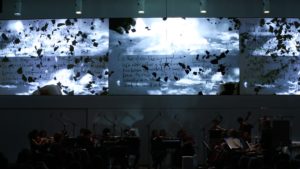 Soothingly slow strings complemented with ethereal xylophone melodies sets the tone, as Marhulets invites us to explore our imagination. You can really picture Pauli and Jung walking side by side down a winding path deep in the woods, discussing the human condition and pushing at the boundaries of what our species is capable of understanding. With sonic similarities to works such as Bonobo’s hugely successful ‘Black Sands,’ an album that also creates immersive soundscapes and worlds to explore by blending electronic and classical music, Marhulets could find himself popular with a diverse, young audience if this work gets the exposure it thoroughly deserves.

Next comes ‘Spark,’ an ensemble of five deeply gifted musicians performing Johannes Motschmann’s ‘Facets of Infinity,’ an album brimming with ingenuity that isn’t afraid to venture into difficult terrain, trusting the listener to follow its tos and fros. ‘Together they spark’ goes their gaudy tagline, though their spirited and fiery performance proves it be undoubtedly true.

Beginning with the stirringly majestic piece ‘Choral’ that perfectly fits the entrancing live visuals of swirling galaxies and pulsating supernovae, the tension ascends from ‘Moderato’ to ‘Rondo’ and beyond, masterfully conducted by Motschmann as if he has every wave of sound under control. Manically swaying and jolting in unison they perform at a blistering pace, swapping recorders mid flow to pick up ones that are almost ludicrously larger, bows flitting and piano keys swiped with fervor throughout. Caroline Shaw’s ‘Entracte’ then brings sombre yet authoritative violin hooks, which have a lingering resonance that makes the forum feel larger with their power and simplicity. The piece strays into discordance frequently that may put off some listeners, but this ultimately makes the return of the hooks sweeter and more cherished. 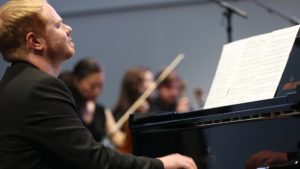 Renowned pianist Hauschka begins the second half, as the night takes a bizarre turn into a surrealist exploration of chemical formulas, vulgar language and, principally, metal. Considering the joyous melodies of his prepared piano pieces that made his name such as ‘Morning,’ and ‘Paige and June,’ and his superb oscar nominated soundtrack to the remarkable film ‘Lion,’ Hauschka’s ‘Materials’ is disappointingly jarring and lacking in charm. As we listen we’re treated to almost comical visuals of a hand writing the words ‘Slag’ and ‘Coke,’ along with chemical formulas, brick walls and extended footage of iron being fired in a furnace, that confuses and bores in equal measure. As the piece drags to its bitter end, I find myself thinking that this is probably why there’s been so little exploration of the theme of metal in music’s history. If this was on YouTube, I can’t help but feel that no one would be watching. This piece may have required much expertise to compose and perform, but it delivers as much sonic joy as two Volkswagens colliding in mid air.

Christian Jost provides some much needed relief with ‘Ghost Song,’ a piece inspired by The Doors’ song of the same name, though I doubt even the most obsessive Jim Morrison fan would’ve noticed the resemblance. The piece jaunts from abrupt, staccato spikes of tension to smoother more harmonious spells, with some truly touching forlorn strings at its peak. The final act is delivered by the so called ‘punk pianist’ Kai Schumacher, best known for transcribing classic rock songs such as ‘Black Hole Sun’ and ‘Lithium’ into experimental piano pieces. On paper he’s perhaps Neue Meister’s best bet for seducing a younger more mainstream audience, and though his work ‘Beauty in Simplicity’ proves to be very aptly named, he gifts the night a momentous closer and justifies his place amongst this coterie of adept composers. Led by haunting piano arpeggios the piece gradually builds with each layer, from electronic bass drum to snare and violins, that pulsate gracefully as if you’re riding a rippling wave as you listen, and ascends to a climactic finale that brings the night to a fitting end.

After passing the third hour and the sixth performer, there’s a tangible feeling of collective relief as Schumacher exits the stage. This night felt like a journey, like stepping in and out of different worlds, often blissful and enchanting, with the exception of the bad trip in the furnace. Neue Meister still have some considerable work ahead of them if they want to truly reinvigorate contemporary classical music, and whether this genre will be able to reach wide audiences without the aid of film scores remains to be seen. Yet there is certainly plenty of talent here, best exemplified in Marhulets and Motschmann, and with the ‘Big 3’ labels suffocating creativity and regurgitating the same repackaged bile month after month, a dignified label which promotes ingenuity and individuality can surely only be a good thing.