Home Music Bands Festival preview: Everything you need to know about Camden Rocks 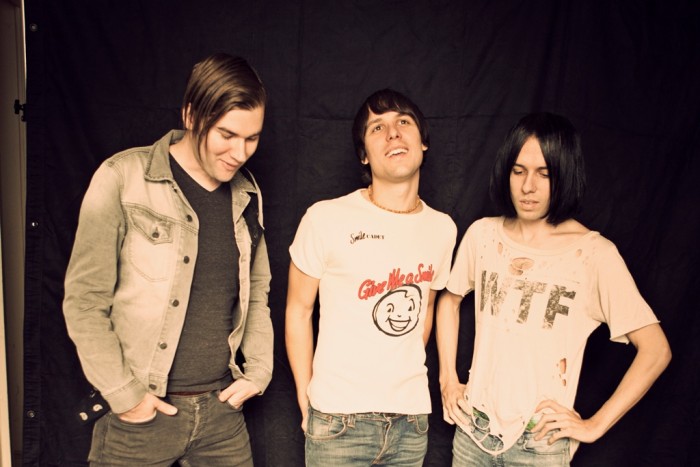 Camden Rocks is back for another year of great music in one of London’s most famous alternative spots. Chris McCormack, the festival organiser, speaks to Sophie Sparham to let fans know what they can expect this year.

In a nut shell, how would you summarise Camden Rocks for those that have never been?

It’s basically 200+ guitar based bands in 20 venues. All the best new bands I’ve heard over the last month and a mixture of old and new established bands of all genres. Rock, Indie, Metal, Punk.

Camden Rocks seems to be getting bigger and better every year – what’s different or new for returning fans?

I don’t want to change much about it to be honest. I think it works as it is. It’s fantastic value for anyone that likes live music and checking out new bands. It’s a fun day out and everyone seems to have a great time. That’s why it’s becoming bigger and better… word of mouth.

I see you’ve got Ginger Wildheart returning, who else will fans be really excited about seeing?

I’ve got my old mate Carl Barat & The Jackals playing again, he played the 1st ever Camden rocks festival in 2009 and incited a riot, hahaha. He always put everything into it too which I love.

We’ve got a few cool things happening like Billy Bragg doing a special performance and conversation at Proud Galleries and The Cribs at Electric Ballroom who are an amazing live band. So much crammed into one day.

What new bands and artists are ones to watch on the line up?

There’s a great new band called M O S E S I that i came across last month, I think this band will take off over the next year or so. They’re great live and don’t sound like any other band.

What venues are taking part this year?

Are there any genre themes for stages or is it just a massive mix?

It’s a massive mix, the idea of the festival is that people move around and enjoy Camden and the event as a whole…  not sit in one venue all day so i try to mix it up to get people on the move. We put a schedule in the festival programme so people tend to plan their day with the bands they want to see and go on a boozy adventure seeing some of their favourite bands and discover some new favourites too.
Are there any after shows planned for this year?

Yeah, we have Camden Rocks Club at the Underworld, which I do every Saturday, and also a 4am after show at Proud Galleries. DJ’s to be announced soon!

What do you think makes the festival unique from other all dayers?

The amount of stages, bands and musicians in such a small area. Also Camden Town is such a great setting for something like this, it has so much rock n’ roll heritage and a great back story. It’s perfect.
Camden is a very famous place for music, but so are many other places in London. Why did you choose to host the festival here?

There’s isn’t another place in London with the amount of venues that can cater for so many bands. I like the idea of being able to run from show to show in a better of minutes, sometimes seconds and seeing as many bands as you like. I went to The Great Escape and SXSW last year and I had to get taxi’s everywhere, this is all much closer together and you can get to see a lot more.

All words by Sophie Sparham. More writing by Sophie can be found at their author’s archive. Sophie is also on twitter as @SophieSparham and has a website here: www.sophiesparham.co.uk .