Festival Preview: 2000Trees Festival Bringing the Best of Rock & Indie together in the striking Cotswold Hills. 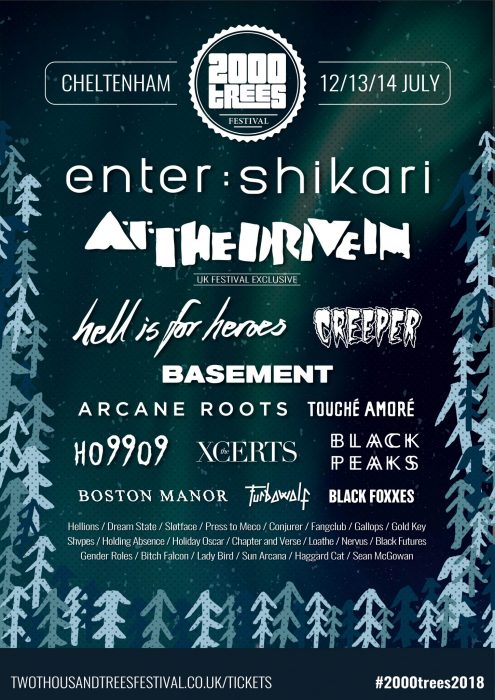 2000Trees Festival is a spectacularly friendly and intimate musictopia that this year will take place between 12th – 14th July 2018 at Upcote Farm, Near Cheltenham , Gloucestershire. It’s all about the music at 2000Trees with well over 100 amazing artists performing including At The Drive In, Enter Shikari and The Excerts.

At Louder Than War we do tend to get over excited about music especially live music and if it’s a festival full of amazing live music like this year’s 2000Trees Festival; it’s a wonder we don’t burst from the excitement.

2000Trees 2018 finds the award-winning independent music festival bringing together some supreme rock and indie artists together with the best of local food and drink for an incredible weekend at Upcote Farm in Gloucestershire, among the charming Cotswold Hills, with a festival that’ll make your summer on to remember.

2000Trees keeps its festival numbers at approximately a 10,000-capacity creating an affable, comfortable and even enchanted atmosphere. Plus, this year, the festival’s 12th, will open the main stage on the Thursday night cementing the festival as a true three day event, something festival organiser James Scarlett is delighted about: “We’re very excited to announce that 2000trees Festival is now a full 3 day festival and for the first time ever we’ll be opening our main stage on the Thursday. I can’t think of a better way to do this than with headliners AT THE DRIVE IN. Let’s not forget that this is a band that released arguably the most important rock album of the last 20 years (with Relationship Of Command) and influenced literally ALL our favourite bands in the process. That’s before I even mention their live show. The band are absolutely on fire right now, touring with the also brilliant Royal Blood on their recent UK dates together. At 2000trees Festival they’ll be playing a full-length headline set and I for one cannot wait!”

The jaw dropping begins with the headliners which includes At The Drive In playing a festival exclusive for 2000Trees. “We are super excited to being playing the 2000trees Festival this year,” say At The Drive In . “With the whole festival atmosphere changing in general, it is great to be part of something that still supports rock bands.”

At The Drive In are not the only ones with great things to say about 2000Trees. Creeper’s Will Gould enthuses, “We are thrilled to be returning to 2000trees Festival this year. We have such fond memories of the festival from playing our first year in a tent and also from playing on the main stage. We’re very excited to be a part of this wonderful festival and can’t wait to return.”  It us understandable everyone is so excited with a line-up as stellar as it gets with Hell is for Heroes, Basement, Boston Manor, Ho99o9, Gallops, Nervus, Hellions, Black Peaks and Arcane Roots among those already confirmed and if that’s not us already spoiled,more announcements are expected. 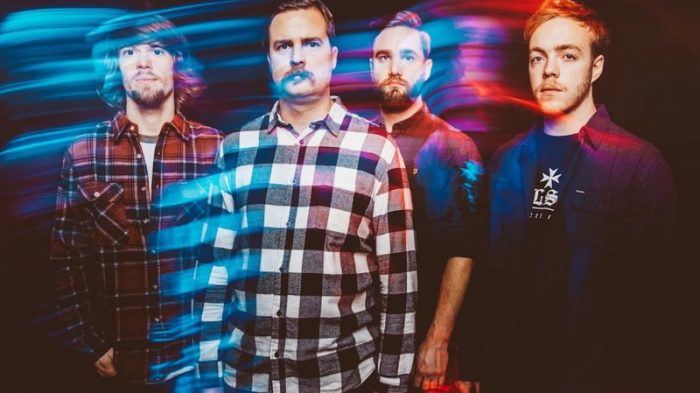 Andrew Groves frontman of Arcane Roots explains the special place the band has for the event “2000trees Festival has always been the highlight in our calendar since our band began and has long felt like the spiritual home for our music. During its creation, we frequently envisioned playing Melancholia Hymns live there, and now, safe to say, we’re working doubly hard to put on the very best show that we can. A show that, rest assured, will never be without a surprise or two. We cannot wait to return this year and bring our music home again.” 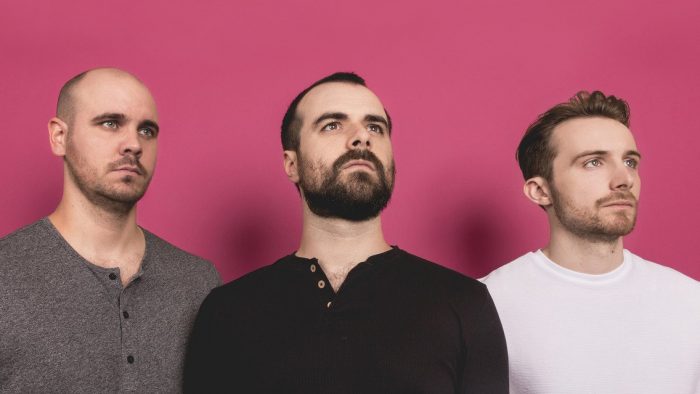 Hard to resist, right? 2000Trees offer various tickets options all of which are on sale now; starting with day tickets without camping, 2 Day Friday & Saturday tickets and full weekend tickets both with camping. There are also VIP tickets that offers many unique features so you could make this thrilling festival just that little more unique.