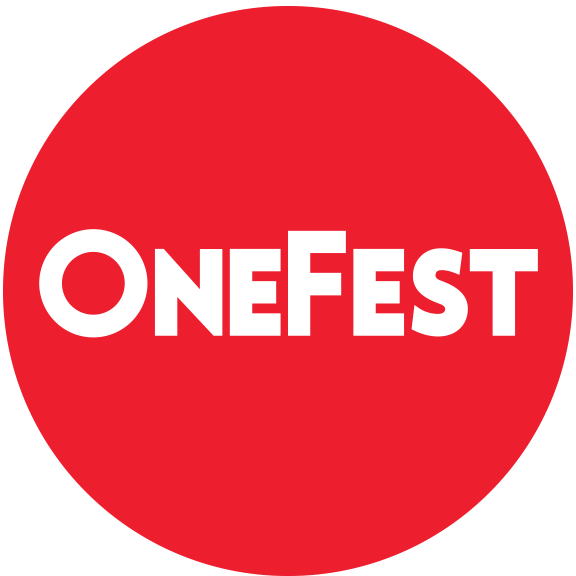 A full line up and programme of events, including panels and workshops will be announced in early 2017.
www.onefestUK.com

It’s tough out there but the fightback has started.

If so much young talent is being frozen out by the economy, music business and the selfish music machine it’s great to see anyone who gives a fuck.

This event is for all the best possible reasons – noticing a talent gap in the UK – struggling yet brilliant young musicians who just can’t get a toehold on a viscous business Onefest have been plotting a festival like this for years. Idealism and pragmatism have combined with lots of hard work and genuine heartfelt belief in the talent of youth – all the good stuff that e here at LTW have always believed in.

We are very excited about this event – it’s just our kind of thing as we have always believed that talent is everywhere and in these tough times give people hope and a soundtrack to survive. Onefest didn’t just believe they did all the hard work to make this happen and we are thrilled to see that the event has finally come together as John lennon once sung.

Onefest has been pushing great initiatives in the past few years since starting as a festival in its own right and this upcoming May 2017 event is the culmination of their idealism and passion. even better they have teamed up with Frank Turner who was thinking along the same lines to make the whole event far more powerful – stretching it from one night to four and using Frank’s charisma and star power along with Onefest’s own machine like organisation and genuine passion to really make something out of this.

Onefest is a not-for-profit music initiative supporting talent development for young adults will culminate in an official festival finale with ambassador Frank Turner at the Roundhouse in May 2017.

OneFest and Frank Turner announce ‘Lost Evenings’: four days and nights of events at London’s iconic music venue, The Roundhouse in May 2017. With a successful track record championing and promoting young talent through previous live events, OneFest has re-launched as a not-for-profit music industry talent development company, set up to support and inspire a new generation of performers and music industry professionals. Working with critically acclaimed artist ambassador and partner Frank Turner, OneFest will be part-produced by a cohort of six young adults aged 18-25 who are currently undergoing professional development programmes within the festival industry, designed and run by The Hub.

“As an artist who worked their way up from the ground floor, I totally understand the challenges involved in carving out a meaningful and sustainable career within the music industry.” Says Frank Turner. “OneFest plays a critical role in helping young talent get their first significant break, along with arming them with the tools and the knowledge to get ahead. I’m delighted to be collaborating with OneFest as I recognise only too well the importance of opportunity and the right kind of support to help new and young talent into the business.”

The ‘Lost Evenings’ will see Frank Turner curate and headline four consecutive one off events for OneFest. Designed to offer fans and festival goers an experience like no other, the first evening will open on Friday, 12th May with Frank Turner & The Sleeping Souls performing a crowd pleasing Greatest Hits set, entitled “Last Minutes and Lost Evenings”, the first of two. Following on Saturday, Frank will perform his debut album “Sleep Is For The Week” in full as it celebrates its 10th anniversary before returning on Sunday to resurrect Nambucca’s infamous former club night “Sensible Sundays” where he will top an acoustic bill of special guests, soon to be announced. Closing OneFest and the ‘Lost Evenings’ on Monday 15th May, Frank Turner & The Sleeping Souls will unite with Huw Stephens and his Label of Love night featuring Xtra Mile Recordings to perform the second Greatest Hits set of the series.

In addition to the evening performances, OneFest will run a selection of free panels and workshops during the day, supported by official partner Radio X who will host an additional stage at OneFest featuring up and coming talent selected by John Kennedy.

Founded by music industry executives Sandra Bhatia and MMF co-Chairman Stephen Budd, OneFest evolved into a non-profit venture after recognizing the wealth of young talent striving and struggling to get a foothold in the music industry. Having spent time developing their concept to offer a consistent, intensive programme of dedicated guidance, support and experience, OneFest’s aim is to lead growth and opportunity within the industry and create a thriving community.

With initial funding and support from Arts Council England, OneFest began selecting its first round of recruits, sourced via the Young Guns Network, earlier this year. The recruits come from varying backgrounds and experience, and are currently undertaking part-time work placements across several existing festivals in preparation for next year’s Roundhouse event where they will fulfil roles across panel and additional stage programming, artist liaison, digital marketing and business affairs.

“The music industry is a tough and competitive business and it’s a real struggle to get a break these days, let alone carve out a sustainable career – even with London on your doorstep!” Says OneFest Co-Founder, Sandra Bhatia. “OneFest, together with the music festival community and like-minded organisations, work with ambitious and talented young people. We support them to develop their skills, provide a promotional platform for their talent and connect them into networks that will help them make the most of the opportunities that will come their way as they continue their careers within music.”

Chairman of the MMF and OneFest co-Founder Stephen Budd continues: “There’s a lot of talk in the music industry about how to engage and empower young people wanting to contribute to our industry, but finding too many doors locked in the “corridors of power” …. We wanted to convert that positive industry talk into action and OneFest is our way of doing that”.
Tickets for OneFest and Frank Turner present Lost Evenings will go on sale at 10am on Friday 9th December from: gigsandtours.com / ticketmaster.co.uk / roundhouse.org.uk

ABOUT ONEFEST
Born in Wiltshire in 2011 out of a desire to provide meaningful and ethical support to a Big Lottery Fund supported rural community enterprise and community pub which was part of the BBC Village SOS series; OneFest was established to help the local community sustain and develop their community hub. The festival was a resounding success and provided a significant platform for local talent who supported headline acts Damien Rice, Laura Marling, The Magic Numbers and Dry the River, with a project endorsement from Seasick Steve. Returning in Wiltshire in 2012, OneFest continued to support the local economy where possible, providing voluntary and work experience placements in addition to breaking new, local talent in conjunction with BBC Introducing. Damon Albarn headlined the festival bringing his critically acclaimed Dr Dee to the site, ahead of his Hyde Park performance with Blur. Five years on and OneFest has evolved into a UK based, non-profit, music industry development company set up to support the emergence of new talent. Working collaboratively with partners, such as AIF (Association of Independent Festivals), The Roundhouse, Radio X, The Hub, The 100 Club, PRS for Music, PRS Foundation and Young Guns Network, and with the support of Arts Council England, OneFest provides a platform for new and emerging talent which will inspire, support and develop a new generation of artists, performers and music industry professionals through the creation of genuine opportunities and practical experience in the music and creative industries – ultimately contributing to the regeneration of the UK music community.
www.onefestUK.com

ABOUT FRANK TURNER
Frank Turner is the author of six albums and has four rarities collections to his name alongside a number of EPs and singles. Turner’s sixth and latest album Positive Songs For Negative People reached number two in the UK album charts upon release in August 2015 (beaten only by Dr Dre’s first album in 16 years, the soundtrack to highly-acclaimed NWA biopic Straight Outta Compton); he played his tenth consecutive slot at Reading and Leeds festival in August 2016, an unprecedented achievement; he released his Amazon number 1 bestseller The Road Beneath My Feet in paperback in February 2016; he sold out a huge autumn and winter 2016 UK tour of regional venues; he released his third compilation of b-sides and rarities, The Third Three Years, plus a bonus disc of unreleased tracks called Ten For Ten (10 tracks for 10 years); and in 2016 alone, he and the Sleeping Souls played to over a quarter of a million people. Frank Turner and the Sleeping Souls put in the hard hours to keep this momentum going, never taking forward motion for granted nor allowing obstacles and inertia to slow them down.
www.frank-turner.com