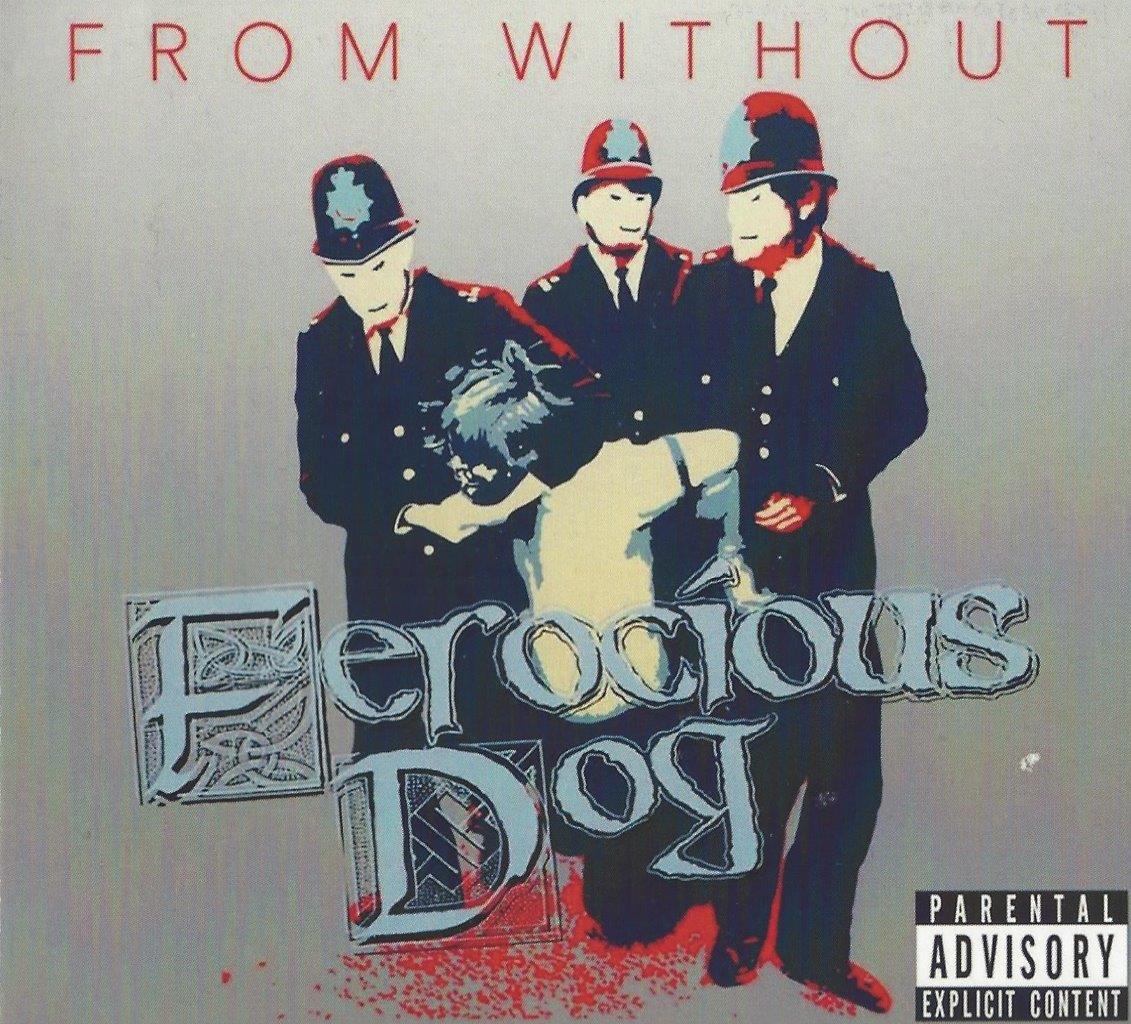 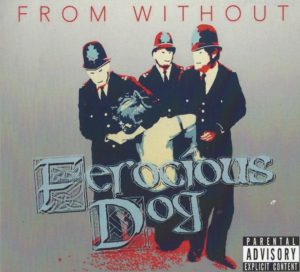 “From Without” the second self-released album from Ferocious Dog sees this Warsop based folk-punk troupe capture their acclaimed live experience and transfer it to the studio, what we have is quite simply a stunning collection of violin led songs; songs that draw upon a rich history of folk – but not the beard stroking, Aaron jumper folk that Bob Harris insists on dumping upon you; this is real folk music – music that is enflamed with passion, rich story telling that then collides with punk rock rebellion; this is an incendiary mix, the cries of the dispossessed, and the disenfranchised, demanding to be heard.

Opener “Gallows Justice” literally explodes, a bristling, frenetic strings led rabble rouser, it’s abrasive and sweetly raw and instantly demonstrates why the bands own ‘Hell Hounds’ now dominate the mosh-pit of any festival; “Poor Angry And Young” as befits the title is a fist pumping battle cry, more punk than folk – this could have been written by a raft of HC punk outfits, but I’d suggest the use of banjo, violin and acoustic guitars forces you to sit up and listen, “Living On Thin Air” effortlessly combines the frantic high-energy folk punk before dropping away to an extended middle, which allows frontman Ken Bonsall’ subtly ravaged vocal to the fore.

“Ruby Bridges” commences with a gentle banjo refrain before taking a hairpin into familiar Dog territory, but the track also sees Ferocious Dog lyrically look further than the UK; Bonsall calls for racial harmony as he recounts the day that the then 6yr old Bridges was the first black pupil to attend an all-white elementary school in Louisiana back in 1960.

“Crime And Punishment” see’s the banjo come to the fore and will perhaps be the most familiar structure for those new to folk punk, its rammed with colour and delivered with ferocity but for me it’s too close to the Pogues – nothing wrong with that, but Ferocious Dog have successfully crafted their own sound distinct from the remainder of the pack – this is no better demonstrated than on the masterpiece that is “Slow Motion Suicide” a remarkably simple song structured around a repeating guitar riff, the heartfelt lyric recounting the collapse of a man nearly all of us will recognise; the loss of employment, the loss of dignity – the sad retreat to alcohol and the further problems that self-perpetuate; the track is mournful, an emotive lyric that considering the recent closure of Kellingley Colliery is ever more poignant; let’s hope its nor a foretelling – within the album we get the full 6minute version, this allows the beauty of Dan Booths’ extended violin refrain the expanse it truly demands, from the depths of despair to the celebration of a life; it may sound trite but the combination of the lyric and these strings managed to literally bring a bittersweet tear to the eye – “Slow Motion Suicide” could come to define Ferocious Dog.

The stark observation of “Marikana Massacre” once again demonstrates Ferocious Dogs world view, though hailing from the UK mining community gives them the authority to take on such subject, the track is driven by rapid-fire percussion, searing fiddle and rabid vocals, and reminds us that whatever patch of earth you live upon that nothing changes.

Ferocious Dog have crafted an album that resonates with us all, these are not merely cries to destroy the system – cries delivered by the machines of that system; these songs are reflections of the lives Ferocious Dog lead, genuine, passionate, calls for change whilst allowing you to dance at the same time, and you can’t get better than that!

Buy ‘From Without’ HERE