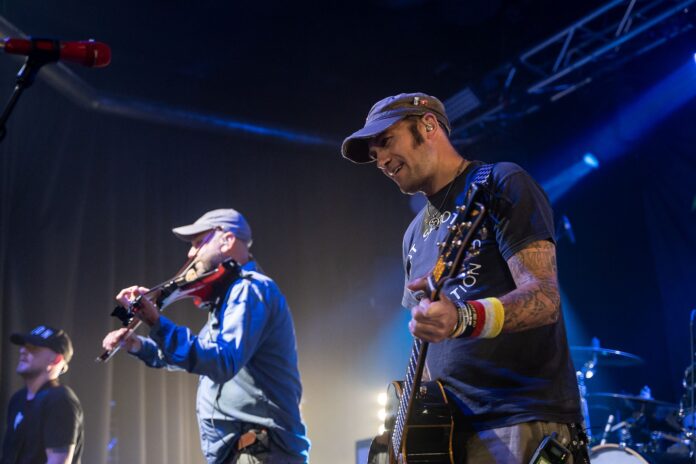 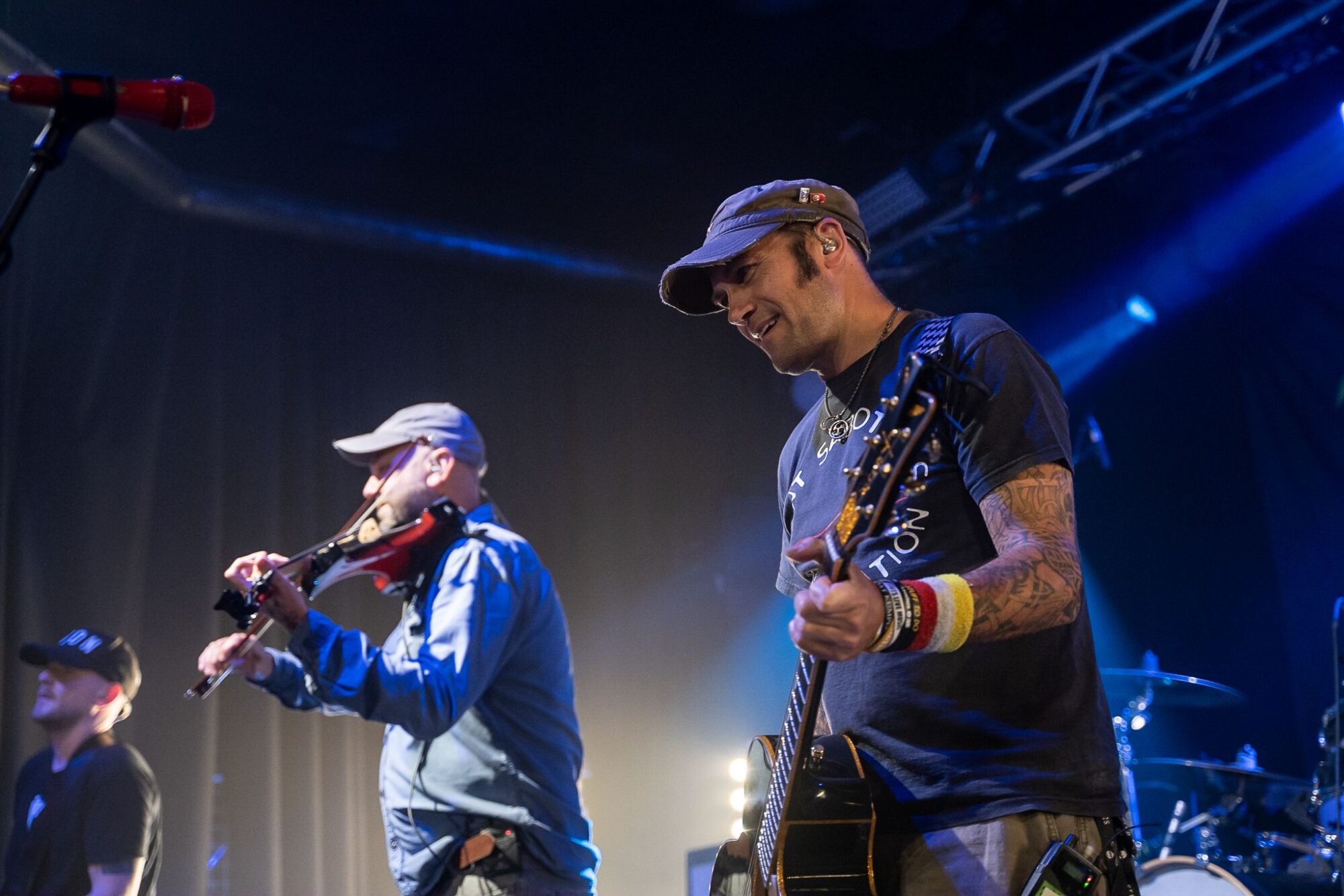 It’s been a long time; we all know that. A hard time for many in so many ways. A shaft of light, however brief, can make such a difference and Ferocious Dog certainly provide that.

Out on tour at the moment, Ferocious Dog are promoting their outstanding new album, The Hope, which has just become their first Top 20 album, and deservedly so. An invigorating antidote to the bland, anodyne and predictable white noise that pollutes so much air time on the national radio stations, The Hope does exactly what it says on the tin; it lifts the spirits with a full-on barrage of folk-punk ear-worms and the timeless standard, title track The Hope. It’s the sort of album that doesn’t need reasons to buy it, but more screaming out for reasons why you would not.

The Hope figures prominently in the set tonight with the opening track, the ominous strains of Port Isaac, serving as the intro music, before the band launch into the irresistible Haul Away Joe. Pentrich Rising follows, a story that demands you look it up if, like me, you are unfamiliar with it. One of the stand-out moments on the new album and in the show tonight is the song Broken Soldier. Ferocious Dog fans, and many others, are familiar with the tragic story of Ken Bonsall’s son Lee, who tragically took his own life in 2012 at the age of 24. Having joined the army at 18, Lee had served in Afghanistan where he saw his best friend die from a sniper shot. On returning home, Lee sadly lost his struggle with PTSD and Broken Soldier serves as a strong reminder of the dangers of combat stress. The Lee Bonsall Memorial Fund was set up in Lee’s memory and has so far raised many thousands of pounds.

Another charity supported by Ferocious Dog is Sea Shepherd, which is also a suitably sea shantyish track on the new album and delivered tonight in honour of the volunteers who are manning the charity stall at the back of the room. Take a look at the work done by Sea Shepherd, plenty to like there.

The album Hope, like previous Ferocious Dog albums, is somewhat of a history reference book and the beautiful 1914, sung by the outstanding fiddle-player and joint founder Dan Booth, is a touching reminder of the realities of war from another era. Khatine, another stand-out track from Hope, about a massacre of innocent civilians in 1943 Belarus by the SS, works particularly well tonight. Punk Police brings back happy (well maybe not) memories of the self-appointed record censors in St David’s School Wrexham (and you know who you are), telling me what was and wasn’t punk and therefore acceptable listening. I did think people may have grown out of that but apparently not.

The encores tonight are particularly memorable, with Hope providing a sight I’ve never seen before and won’t forget. Hope is a brilliant song about struggles with mental health and (why am I even bothering to write this) would be much more use to the country being played on the national stations than the utter dross that is peddled on an hourly basis. As the song played, the crowd formed a large ring, holding hands in a gesture of unity, something that clearly moved Ken Bonsall and many others present.

The band finish with an amazing, extended version of Slow Motion Suicide that sees bassist John Alexander being chaired shoulder-high round the mosh pit, whilst still playing. It has been an unforgettable night, one that reminds anyone who needs it, of the power of live music and how important the community of fans, of any band, are.

With thanks to Cris Watkins of Punk in Focus for the photo which was taken at the Brighton gig.