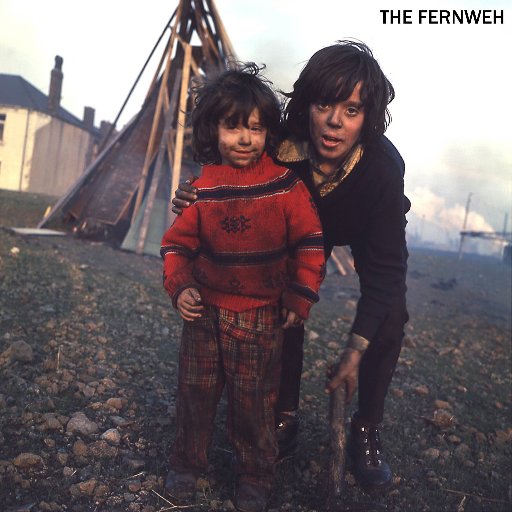 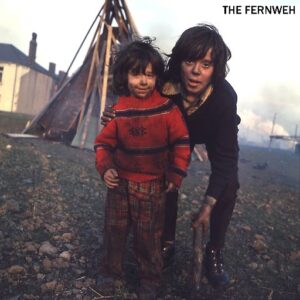 The Fernweh was created by three musicians, Jamie Backhouse, Ned Crowther and Austin Murphy, who had worked together in various bands (The Zutons, Candie Payne, Smokey Angle Shades, 747s, The Stairs, Edgar Jones and The Joneses, Alessi’s Ark) and wanted to make a record that reflected their shared love of British folk and psychedelia.

The eponymous debut album brings together a collection of songs that are broad-ranging in their scope, colour and mood, examining nostalgia, whimsy, memory and loss through a distinctly British lens, a creative strand that runs through many of the group’s influences: Anne Briggs, Frederick Delius, Basil Kirchin, Oliver Postgate, The Zombies, Barry Hines, Fairport Convention and Joy Division.

Recorded in an old telephone exchange in Robin Hood’s Bay, North Yorkshire and various attics in Liverpool, the album seeks to explore the apparently contradictory nature of the beauty and brutality of Britishness (a paradox which is also evident in the powerful photographic album artwork by the band’s friend Robin Dale) with reflections on the Morecambe Bay cockle picker disaster (One Hundred Flowers Bloom) and the internal turmoil of Billy Liar (Next Time Around).

Performed, recorded and produced by the band, the album features many guest appearances from distinguished musical friends: Rozi Plain (This Is The Kit, Rozi Plain), Alessi Laurent-Marke (Alessi’s Ark), Marianne Parrish (Low Chimes), Mirabelle Gilis (Miossec) and Graham Mushnik (Orchestre du Mont Plaisant). The band’s debut single The Liar, which has been supported by BBC 6 Music, will be released by The Coral’s Skeleton Key Records on 26 January with the album to follow on the same label in June. Expect more music, news and live dates from The Fernweh soon.

Watch the video for The Liar here:

We had the chance to fire a few questions at  Austin, Jamie and Ned:

The Fernweh: Really good thank you. Our debut single, The Liar is out Friday 26th January on Skeleton Key Records so we are really excited about that.

LTW: Can you tell me how you all know each other?

The Fernweh: Austin & Jamie have played in various groups together. They met Ned whilst playing with Candie Payne & immediately connected with him. And so we’ve always kept in touch

LTW: Where did the idea to form a band come from?

The Fernweh: We wanted to record an album where we could indulge our passions for psychedelia, great pop, rock and roll and folk music. We admired the light and shade and dynamics in Led Zeppellin and Fairport Convention electric and acoustic and wanted to do something contemporary in that style that reflected our turbulent times. The live band came together when we realised we could actually get it released.

LTW: Who are your musical influences at present?

LTW: Can you give a brief history of the band?

The Fernweh: The album has taken a few years to come together, but the ideas, concepts and friendships go back much further. We plotted this whilst sat in a field in Glastonbury, chipped away at it over time and here we are, ready to release it in June 2018 on Skeleton Key Records!

LTW: What are the next steps for the band?

The Fernweh: Release our first single on 26 January, play some shows here and hopefully abroad. The album is coming out around June 2018. After that, record the next album…..

LTW: It was Captain Beefhearts Birthday recently. So I have to ask the question: Safe As Milk or Trout?

The Fernweh: It’s a resounding Safe as Milk from us three!
You can find The Fernweh on Soundcloud and Twitter

Lord Fayrebank: Out On The Lake – single news

November 9, 2017
We use cookies to ensure that we give you the best experience on our website. If you continue to use this site we will assume that you are happy with it.Ok