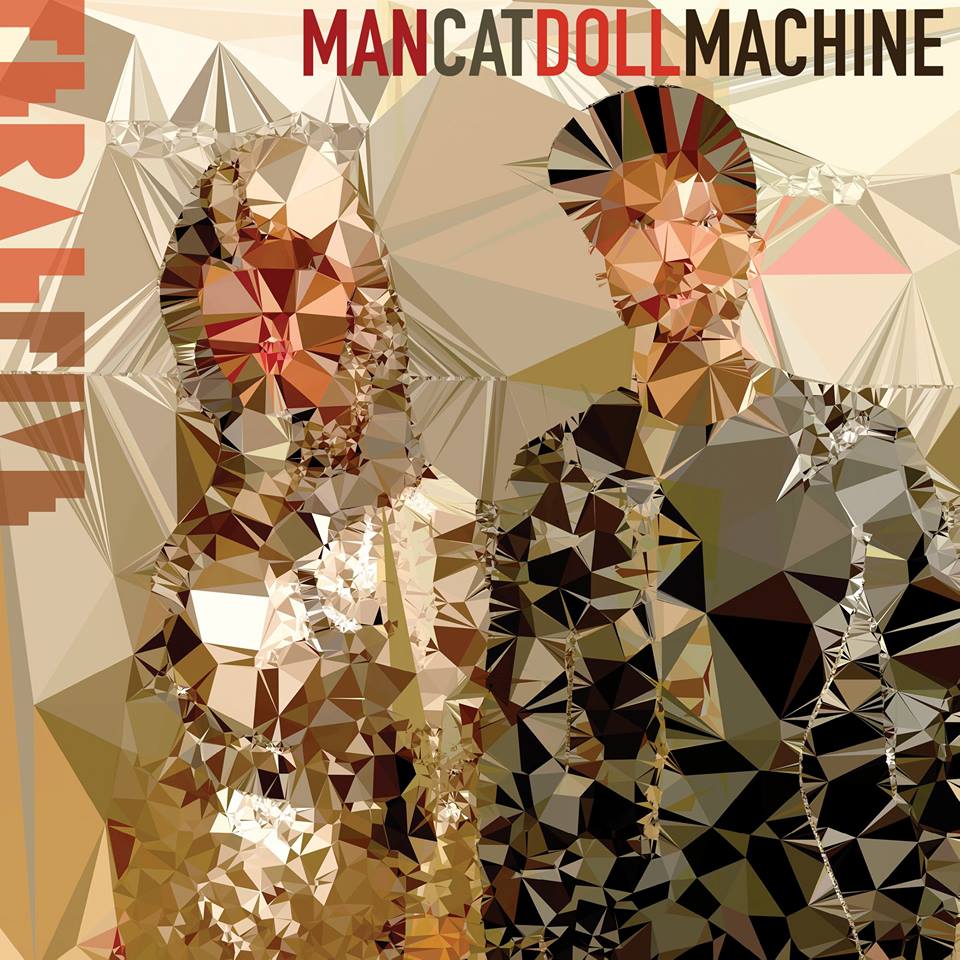 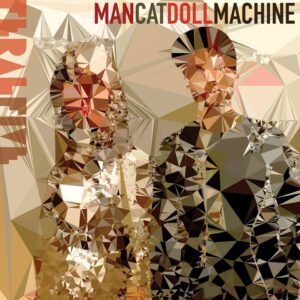 It’s almost three years since we first featured Feral Five on these pages with the release of their debut EP Skin and declared them as ‘your new favourite group’. Times have changed but Kat and Drew Five are still releasing effective and catchy disco-punk which prompted us to tip them as ‘ones to watch’ in 2017.

Their latest EP, Man Cat Doll Machine was commissioned by non-other than electro pioneer Martyn Ware (The Human League, B.E.F., Heaven 17) for his recent Picasso Portraits event Everything You Can Imagine which was held at the National Portrait Gallery in January. Such was the interest in the duo that visitors had to be turned away. 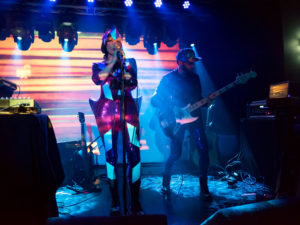 The subject matter of desire, justice and the treatment of women from Picasso’s work became the themes for Feral Five to develop the sounds and words of this new four track collection. With accompanying artwork from artist Tracey Moberly (Banksy, Bill Drummond, Martyn Ware) the tracks show a further maturity in their sound.

Lead track Man Cat Doll Machine refutes the Picasso claim that ‘women are machines for suffering’ with a throbbing bassline, crashing guitars and sweeping synth interlude cleverly covering an almost Spaghetti Western style guitar pluck. As you’d expect, it’s highly infectious stuff and is possibly one of the duo’s most compelling and compete arrangements to date. Kat’s vocals style is perfectly suited to a delay/release style which adds to word longevity and Drew’s exploration into new beats and sounds continues to enthral.

Second track, Cat moves the organised chaos from its predecessor down a touch and includes a bouncing synth sound not unlike Soft Cell’s Bedsitter or Night Train by Visage, and it makes near perfect pop-punk fodder. A theme of retaliation pervades throughout. The lamenting Doll takes a sorry look at the women in Picasso’s paintings and the betrayal that they endured. Vocals soar and uplifting synth swirls create an almost orchestral feel in the EPs surprise track. It’s beautifully executed and suits its neo-minimalist approach.

EP closer, Desire sees a road into disco-punk in the best way possible. It’s chaotic and thumps with disco beats and punk power. Everything is done to excess and it all fits together wonderfully as it pounds and gnarls from beginning to end. Vocals are few but when they are present they co-habit in the piece with an anarchic synth repeat that provides the ultimate psychological workout.

Welcome back Feral Five, it’s like you’ve never been away.