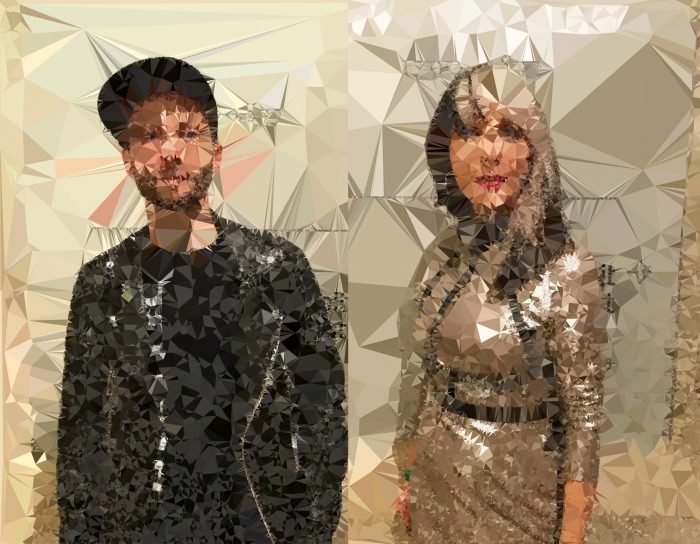 Picked by electronic legend Martyn Ware (The Human League / Heaven 17 / BEF) to inject some electropunk into his Picasso Portraits event at the National Portrait Gallery in January, Feral Five came up with the four new songs that make up the Man Cat Doll Machine EP.

The duo, tipped as #onestowatch in 2017 by Louder Than War, for their ‘groundbreaking’ music – had been given a brief, to produce new work inspired by the Picasso Portraits exhibition. As they delved into the art, the themes of desire, justice, and the treatment of women, became more and more relevant to today. 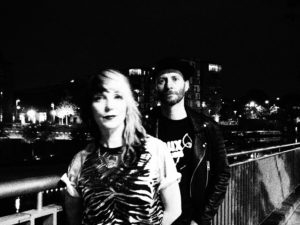 The Ferals, who’ve had regular play on BBC Radio 6 Music, premiered the dance-infused, politically-charged and playful songs to a packed gallery, with people being turned away. “Friday night, The Women’s March starts in the National Portrait Gallery. Here Kat Five has given some historic blokes something to think about.” – The Zine

The band fuse snarling guitars, jittery synths, and ferocious beats, have been championed by Eddy Temple-Morris on his Soho Radio show, and supported the likes of Test Dept:Redux and The Woodentops live, as well as playing Music Tech Fest using a 3D printer. Their songs speak about love, lust, the future human, and the darker side of technology.

Man Cat Doll Machine EP Tracks:
1. Man Cat Doll Machine – an anthemic protest song that puts women centre stage, a rebuttal to the Picasso quote “women are machines for suffering”
2. Cat – playful synth punk that bites – “grab me I’ll grab back”
3. Doll – a sad but beat-laden song that looks deep into the eyes of the many women in Picasso’s portraits and speaks of betrayal
4. Desire – is a disco punk workout

The EP will be launched with a full AV set at Oslo, Hackney on Saturday 25th March, along with New Zealand dance dons Pitch Black.

The striking angular cover art is by acclaimed artist Tracey Moberly™, and Design+Code by Jonathan Moberly. The cover comprises images of the band that she took at the Martyn Ware curated Late Shift at the National Portrait Gallery, and manipulated using her Picasso-inspired TriTrace App, using her mobile phone as a tool box and colour mixing palette.

Tracey set up the McDemos ‘protest solutions company’ with comedian Mark Thomas, and collaborates with cultural figures such as Banksy, Bill Drummond, and Martyn Ware.

The Feral Five Soundcloud site is here: soundcloud.com/feralfive. They can be followed on Twitter as @feralfive and liked on Facebook.