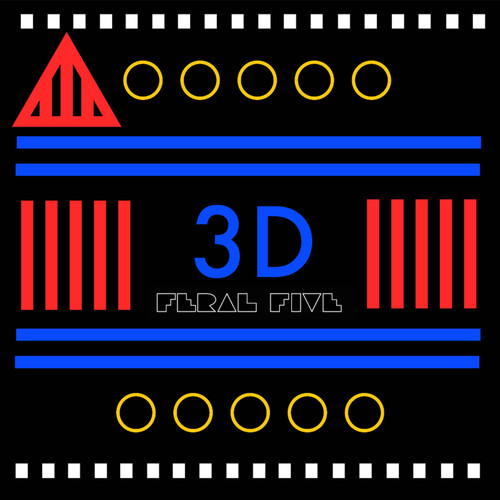 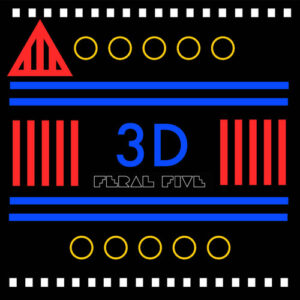 The new single, 3D is just like the rest. No, it doesn’t sound the same, it’s just as brilliant. From the subtle percussive intro to the heightened chorus and fabulous guitars it rises and rises to a climatic ending of, you’ve guessed it 3D printers.

You see, Feral Five have a vision. A vision that sees humans replicating humans via a 3D printer. It’s actually not that wild a prediction as body parts are already being made that way – liver tissue, eye socket and joints – so why not write a song about it?

Hot on the heels of this years Strung Out single, and last year’s superb Skin EP, 3D is full of raw guitar skims courtesy of Drew and holds your attention from the start. Straight into the chorus with some of the sexiest vocals that Kat has given us yet, the track is underpinned by the characteristic throbbing electro bassline and if you listen very carefully, the printer. Drums are clear and clinical and with added synth effects it a recipe for sure success.

A second version of 3D in the form of the Ether Mix continues the infectious beats with the continuous bass backed out in favour of a more dance orientated one. The same catchiness but with added feral disco. Kat’s vocals are duplicated over themselves adding a complexity and an almost dub effect at times. It’s one of the best earworms you’ll hear for a while.

With third track, Invisible the pace is significantly slowed down. A near trip-hop journey with a piano section not unlike Soft Cell’s Bedsitter (surely an influence?), it weaves its way into your subconscious with stark subtlety.

Feral Five are fast becoming a force to be reckoned with.