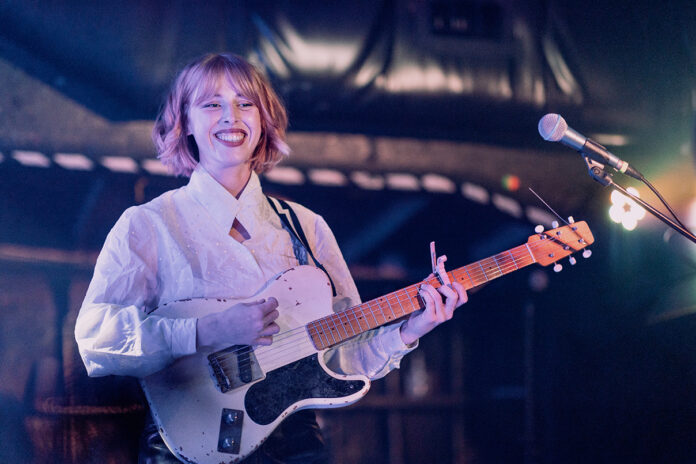 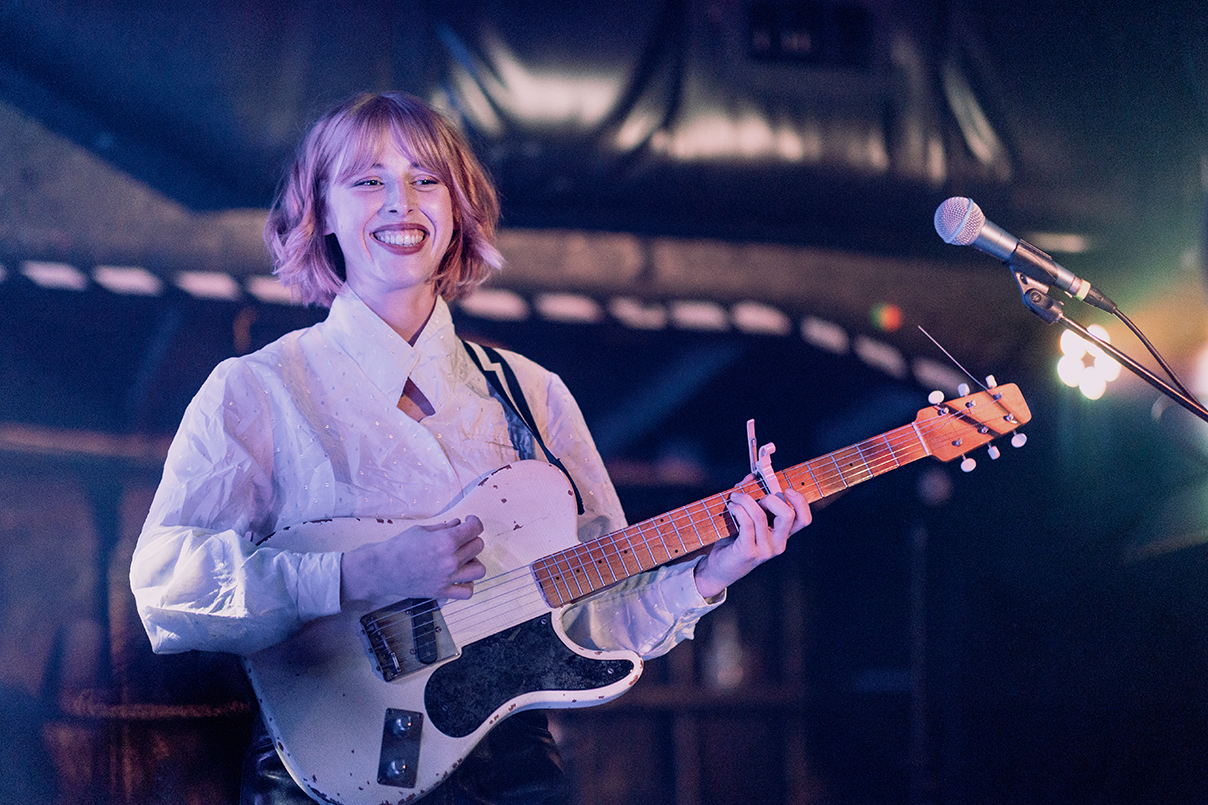 A homecoming gig for rising star Fenne Lily complete with devoted crowd, including mum and dad, and the first – currently nameless – song she’s written while being in love.

Joining Fenne Lily on this 11-date tour is Northampton solo artist Katie Malco. Malco has been touring for about a decade and released her debut album, Failures, last year during lockdown. A masterpiece of epic proportions which we’re given a flavour of tonight; it’s easy to see why she’s here. If you look at the artists she’s associated with you’ll get a good idea of her style and calibre – from Fenne Lily to Julien Baker and Self Esteem. “A better version of Soccer Mommy or Phoebe Bridgers” says one of the guys on the front row. He’s not wrong. 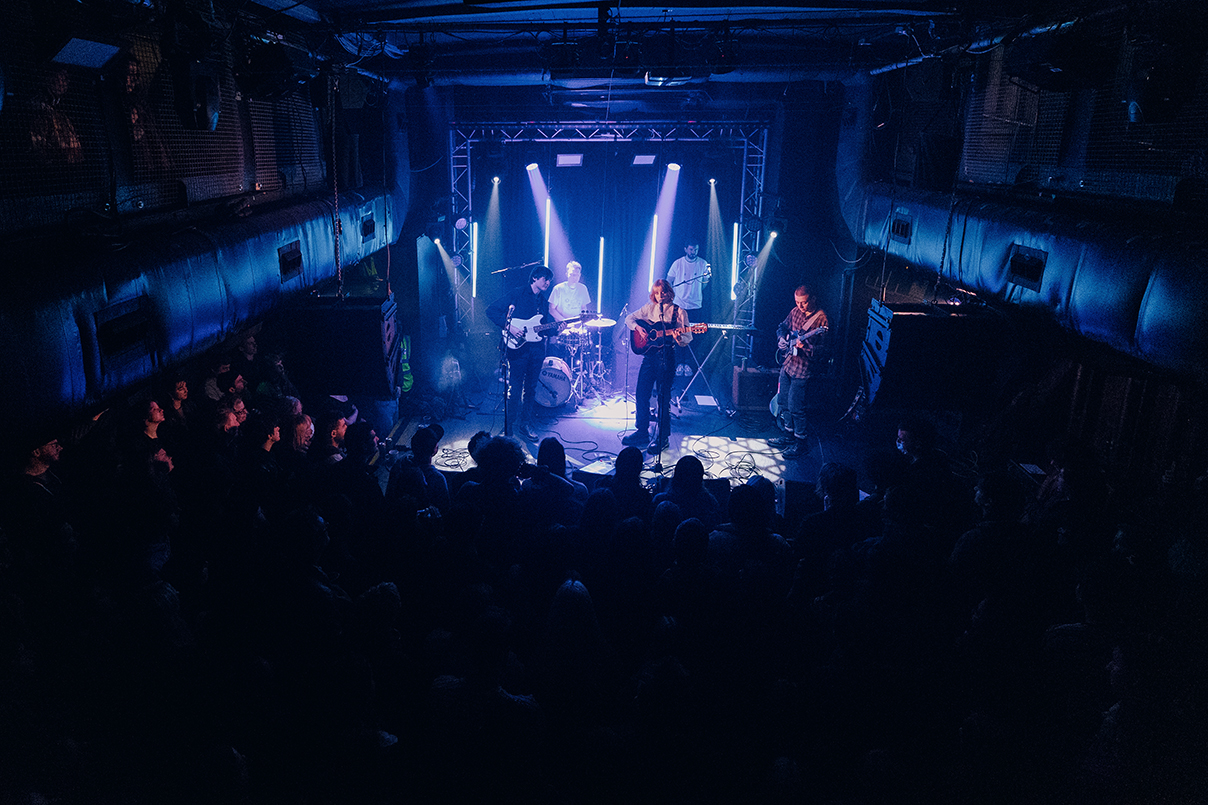 Opening with Fractures, Malco’s lyrics captivate the audience from the off, framed by a stunning voice and impeccable left-handed guitar playing: ‘You left to go chase my dreams/ I applauded louder than I had screamed / And that’s the way that it should be’.

She treats us to a new song which gives a promising flavour of what’s more to come, before playing her Christmas song Be Good At Christmas – “nowhere near as cheerful as Slade” she warns. Her cover of Kate Bush’s Cloudbusting is up there with the best covers of all time – with Johnny Cash’s Hurt and Jeff Buckley’s Hallelujah. It strips the song back to its core parts and rebuilds them with a slower, more contemplative soul-bearing temperament. A true beauty.

Unfortunately for us, Malco’s set is cruelly cut off after the crescendo of Creatures due to the firm curfew on this party boat – the gigs gig out at 10.30 pm for a quick turnaround for the 11pm club night. It means she doesn’t get a chance to play her first single of her debut album Brooklyn, a soaring love song for her best friend who now lives in New York (check it out here). 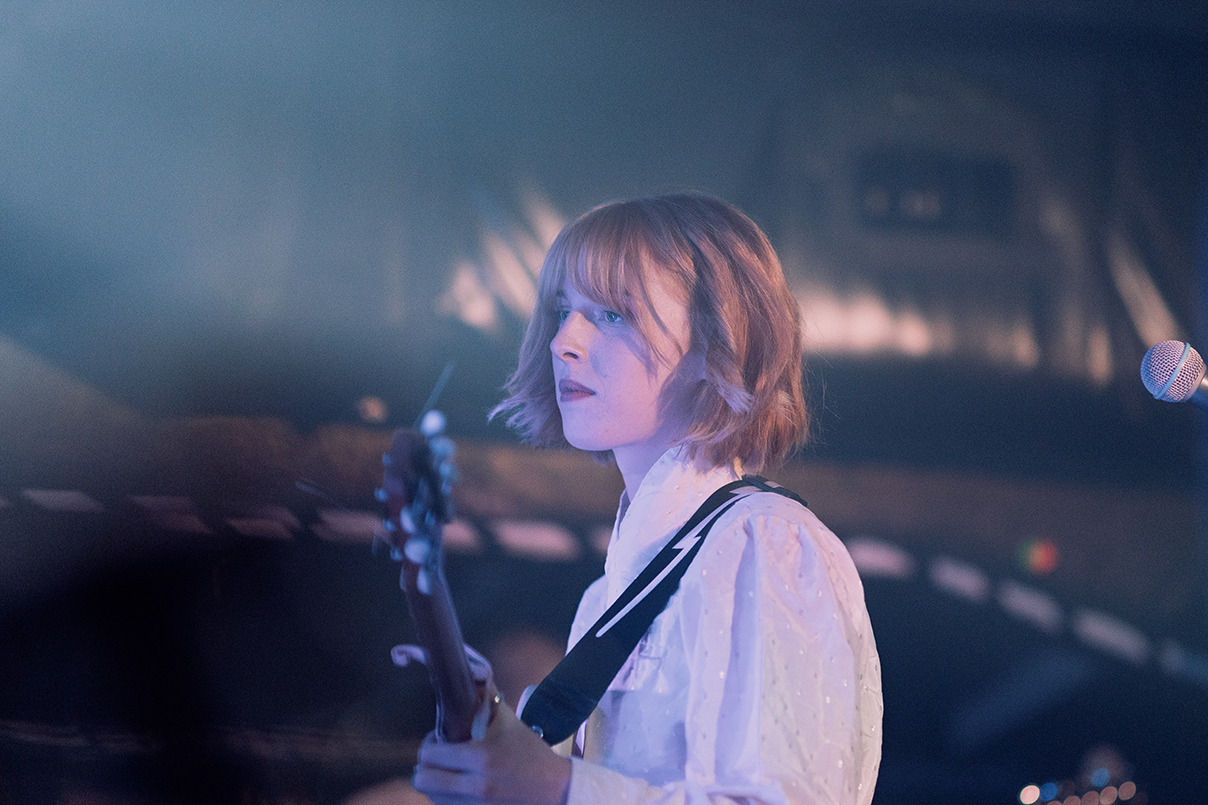 Like Malco, Fenne Lily released an album in the midst of last year’s pandemic. BREACH gets a good airing tonight – hell, it is the BREACH tour – with the upbeat Alapathy, “a completely made up word” Fenne admits when introducing the song; Elliot, which she dedicates to her dad Mark who’s here tonight; and Someone Else’s Trees.

Switching from electric to acoustic, Fenne launches into the brilliantly-titled anthem I Used To Hate My Body, Now I Just Hate You which really unites the audience – prompting a heartfelt singalong. ‘When I’m lonely, I smoke until I know how to sleep / So find me, the bath is running cold but it’s deep / Finish what we started in a hotel with a view / I used to hate my body, but now I just hate you’. It paves the way for I, Neitzsche, a song about an ex-boyfriend.

The struggle of navigating love and loss and coming of age in an ever-changing world features heavily in most of Fenne’s songs, which resonates with the surprisingly mixed crowd – it’s not just the 21-year-old’s peers here tonight, but older, greyer, mask-wearing more cynical folk too. You can hear the veteran influences collected from her parents’ record collection in Fenne’s music – the subtle dusky tones of Nico and the storytelling brilliance of Velvet Underground; none more so than in the new yet-to-be named song we’re treated to this evening. 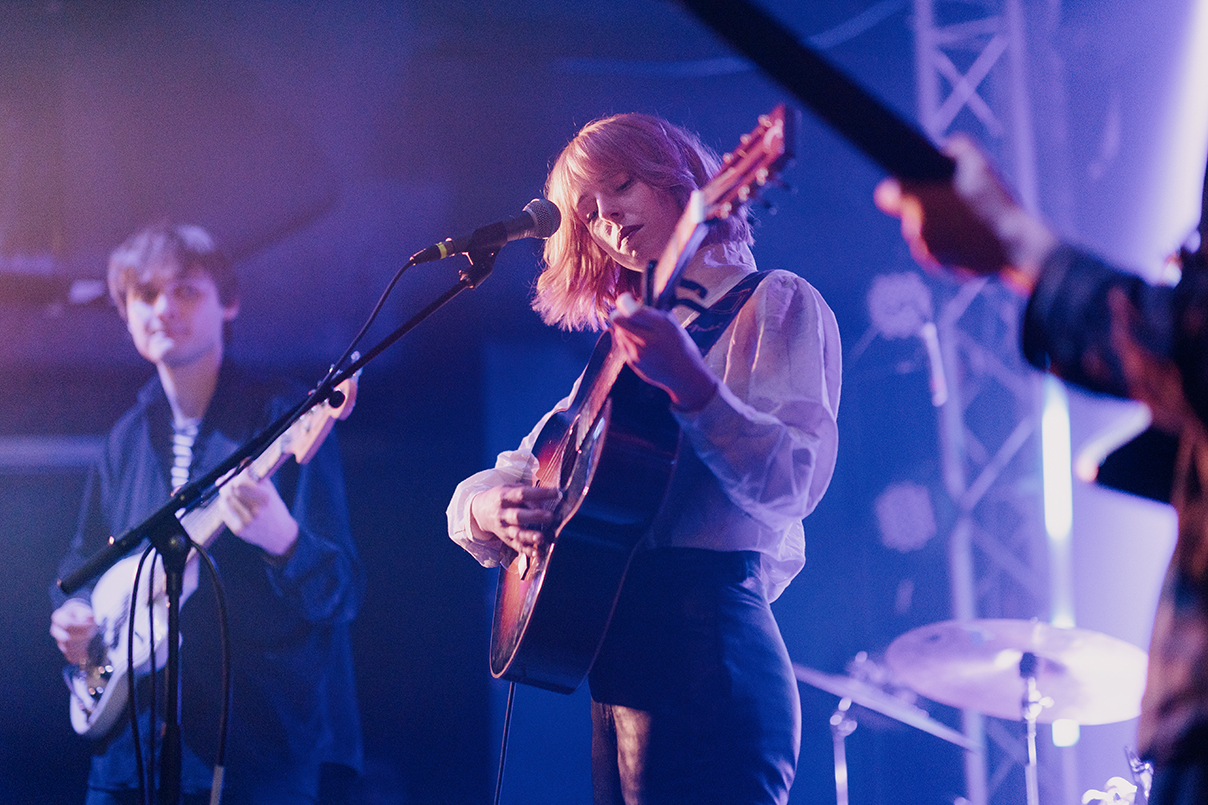 The pin drop purity of Shannon Lay-style vocals, with a wavering fragility more akin to Conor Oberst shines through with the incredible Car Park from 2018 debut album On Hold – an undisputed set highlight. Hypochondriac brings the driving, catchy country-influenced guitars with subtle soaring vocals in a similar vein to Kathleen Edwards. Check out the acoustic version released this year as part of the Breech acoustic EP here.

The show ends a little later than billed with a wonderful cover of Langkamer’s Polly, which some members of the Bristol band join her onstage for. A stunning three-way harmony to stop you dead in your tracks. A magical evening aboard the good ship Thekla with two of the most compelling British singer-songwriters of recent years.

Words by Laura K Williams, you can find her author profile here.