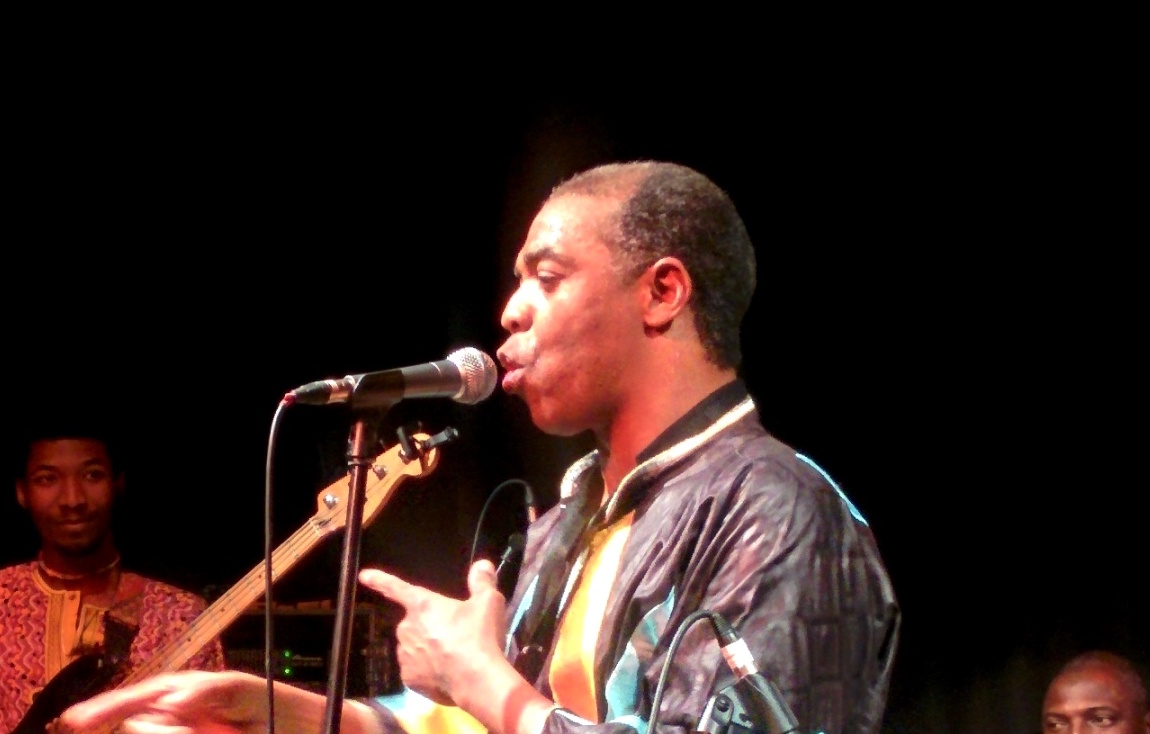 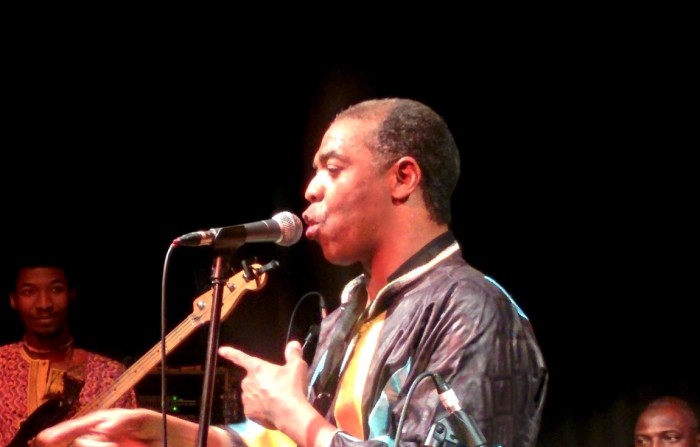 Femi Kuti and The Positive Force

The legacy of Nigerian afrobeat pioneer Fela Kuti lives on in his music and family. Manchester’s Band On The Wall recently played host to Seun Kuti and Egypt 80. Tonight saw Femi Kuti and The Positive Force take a great club to great heights. The atmosphere in Band On The Wall is welcoming and the venue steadily filled with a happy mix of black and white, young and old, all cheerful in anticipation of the exuberant sounds to come.

The 12-strong group appeared with no support act because they have more than enough music to fill the night. They are instantly dynamic and the sound mix is superb. Akin Akinboro’s drums have a crisp crunch that reverberates through the full-up overhead balcony. The stage comes alive with vibrancy, richly patterned clothes and vivid facepaint. The horn section blasts out foundation-shaking bursts of raw melody with a laid-back ease. There’s a massive saxophone that looks like a huge brass boiler and bellows like a charging elephant. Femi conducts and commands from a hammond organ, trumpet and sax at hand for when needed. The setlist powers through selections from his 1990s albums and an inspiring chunk from his 2013 LP ‘No Place For My Dreams’. He talks of his pride at having his son Omorinmade standing in on bass, of future sounds and the vital need to groove in togetherness. 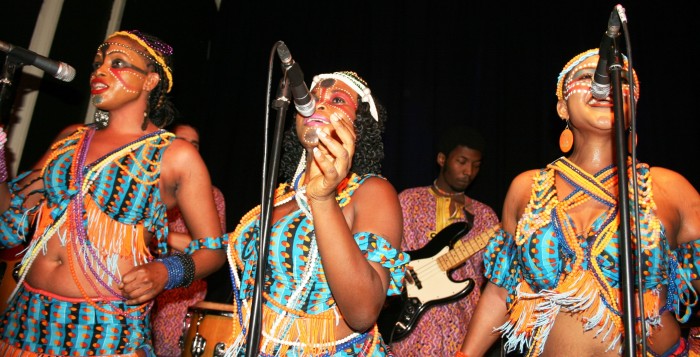 He is full of mischief and character, laughing but sardonic, leading his musicians in fun camaraderie. With slight gestures he instructs tempo changes – showcasing a fully tuned-in band who always keep one eye on him and shift from thundering loudness to gentle serenity in lightning-fast unison. The songs are all challenging declarations of seeking out the truth instead of eating up the lies; of self-belief and unity to conquer the smug corruption of those who wield power. It makes you wish more of our artists here in Britain would do the same. Femi denotes broken-hearted love songs as “blah blah” so, like his father before him, he seeks to make his lyrics meaningful and to address the global crisis. His music sets out to fight evil, to mock the rulers and strip them of their stolen power – music that stands up for justice whilst joyfully celebrating the shared qualities of common people.

He shakes himself into mock-trances, rhythm snaking through his limbs as he grabs his sax, powering delirious torrents of scattergun sirens through it. His saxophone solos feature near-impossible long notes which he holds as the audience gasp into applause. We’re saying “wait – a breath can’t last that long” only for the note to continue beyond our expectations, to lift our energies, to soar – and then, quick as a flash, he’s back to singing fast long verses of intense poetic lyrics. All this while the band are bouncing around him, the three women dancer/vocalists are dazzling us with fluid yoruba moves and the driving afrobeats are pounding through the floor. It’s dizzying, uproarious, phenomenal.

Two hours fly by and a further twenty minutes of encore still leave us wanting more. The aptly-named Positive Force were heading on to the Latitude festival and huge crowds to enthrall and enthuse. We all left on a high, singing praise to Femi Kuti and his relentless mission to excite the world.

Femi oversees his own twitter @Femiakuti and updates on the band can be found at femiakuti.com.

All words by Adam Webbow and photos by Angela Ankeli. You can find more writing by Adam on Louder Than War at his author’s archive. Adam tweets as @adwebbow