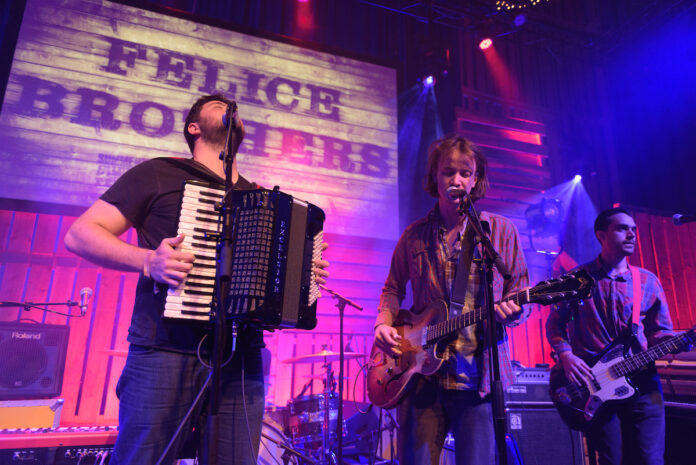 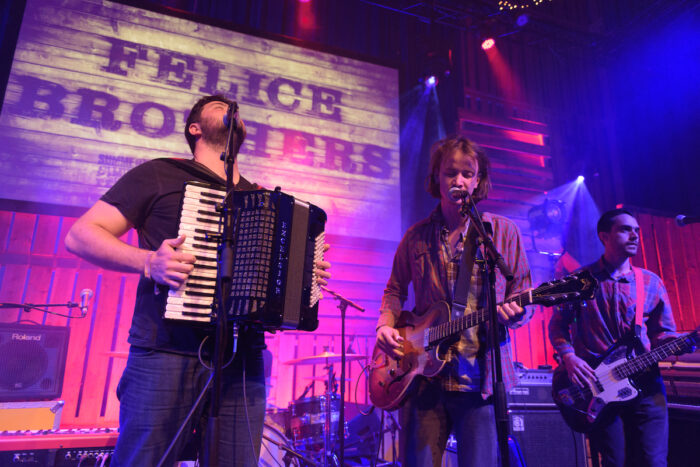 An incredible evening as the Pierce Brothers almost steal the show with a high octane set, but The Felice Brothers mesmerise the crowd with an emotional roller coaster of a set.

You’d be forgiven for thinking that someone had raided the Sage’s vast instrument store and left some of its weirdest offerings littering the stage and on closer inspection I’m greeted by a beaten up washboard, an upright piano, numerous contraptions rigged up to hit things and make a noise and a didgeridoo. All alongside your more conventional instruments, as the Pierce Brothers take to the stage they set about using the oddest of all the didgeridoo and to great affect as they kick the evening off. 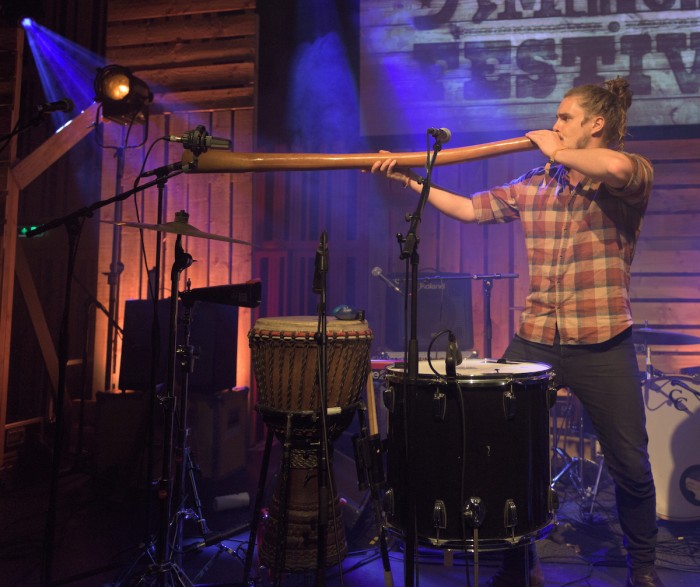 A set filled with high-octane country party tunes, performed with some of the weirdest and most wonderful instruments. They state their aim clearly to warm everyone up; they certainly achieved that in a set that saw off stage acrobatics from Jack, humongous singalongs to tracks like Overdose. There could not be a better way to kick off proceedings and it won’t be long before these guys are selling out venues too.

With a frenzied crowd The Felice Brothers have a hard act to follow, with their tracks bouncing from the depressing to rock epics. Their set is one for true fans, who love everything they do no matter what, that said beautiful tracks like Big Surprise are treated with respect that they deserve from the Friday night crowd. Whilst there is a raucous and uplifting version of Whisky In My Whisky, which doesn’t fail to lift spirits. 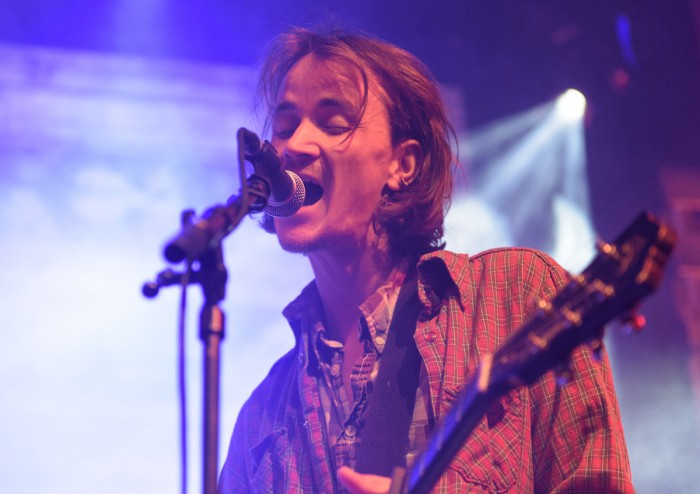 It’s a roller coaster set, which sees lead vocal duties alternating between the two brothers; Ian provides the excitement as a dour looking James tinges tracks with his heartfelt sadness. The delicacy of Saint Stephens End rings out as the hushed crowd soak in the bands brilliance; James has the crowd in the palm of his hand with his sweet delivery.

Picking up the pace in the latter part of the set, Take This Bread and Cherry Licorice become an instant hits with the crowd invoking jubilant singalong moments. Yet they close out on a sombre note with The Mating Of The Doves, altogether though an incredible evening. From the exhilarating set by the Pierce Brothers to the emotional roller coaster of The Felice Brothers.

The lack of the ‘hits’ is missed but not wanting to dwell on that, we’re left thrilled and upbeat by the whole experience. The Felice Brothers certainly set the weekend off to the perfect start with their own brand of Americana.

The Felice Brothers can be found online here thefelicebrothers.com. They’re also on Facebook and tweets as @FeliceBrothers.