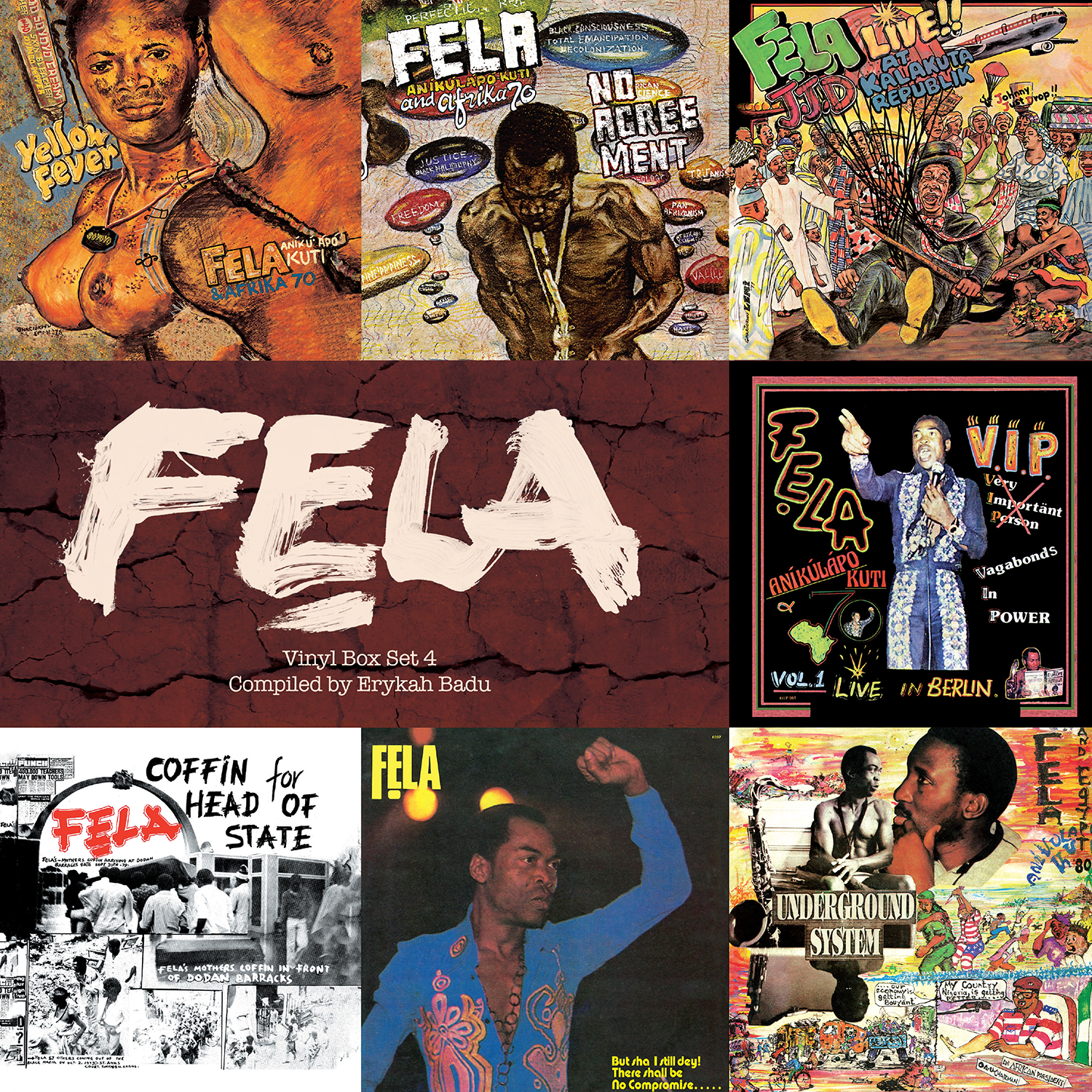 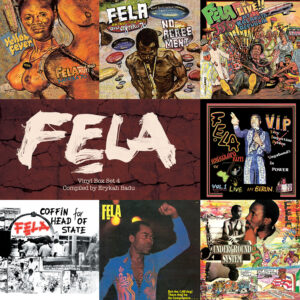 Following on from Fela Kuti box sets compiled by the likes of Questlove, Ginger Baker and Brian Eno, Erykah Badu now selects her favourite Fela cuts. Remastered and accompanied by a twenty page booklet of essays by Badu and Chris May, lyric sheets plus photos and poster by Nigerian artist Lemi Ghariokwu. Simon Tucker reviews:

Activist. Pioneer. Polygamist. Maverick. Musician. Genius. All of these words have been used to describe the Nigerian artist Fela Kuti. Kuti is one of those musicians who has transcended their chosen genre to become something else entirely. His name invokes images of a human rights activist. A figurehead for a sweeping political change. He has become a figure like Bob Marley. Someone whose music can in some peoples minds secondary to the ideal that they represented. A poster on a wall. An inspiration for revolution. It is only when you sit down and absorb the music he created with his group of like-minded and extremely talented players do you truly understand why his impact was so strong. As a pioneer of what we now term Afrobeat, Fela Kuti created trance like hymnals. The groove which frees your mind up long enough to allow his message to come through. It is a music that seduces you. Once you become locked in you will not be able to free yourself until the songs end. With only one cut on here coming in at under ten minutes (9 minutes and 53 seconds to be precise), Kuti’s music allows you to breathe yourself into it. It envelops you and when you are deeply entwined together that is when the political and social messages come through the loudest, allowing you to take on board his points and polemic whilst still rolling along.

There are seven albums collected here all chosen by Erykah Badu and with the accompanying booklet you get a real sense of what the music of Fela Kuti meant to Badu and therefore the wider African-American community. Badu describes the music of Kuti as “effortless” and through its blending of soul, jazz, funk and African rhythms you can actually here the bridge between those in America and those in Africa itself. As Kuti’s music rose in prominence in the seventies and eighties, you can hear the link between the social struggles in Nigeria and those happening in the United States. The two were one and the same. The screaming howl of 1970’s Bitches Brew by Miles Davis is echoed through Kuti’s No Arrangement. Badu is a wonderful choice of curator as she eschews a linear form and her choices are more focused on the rough and raw elements in Kuti’s sprawling discography. There are plenty of big brass sounds scattered throughout but it is the solos and sax runs that really excite. There’s a moment within Army Arrangement (Part 1) where the sax bursts forward completely shocking you as it soars and screams.

Of the albums chosen it is Coffin For Head of State and the unfairly overlooked at the time Underground System that really stand out with the latter being the moment you can actually here the birth of Atoms for Peace happening.