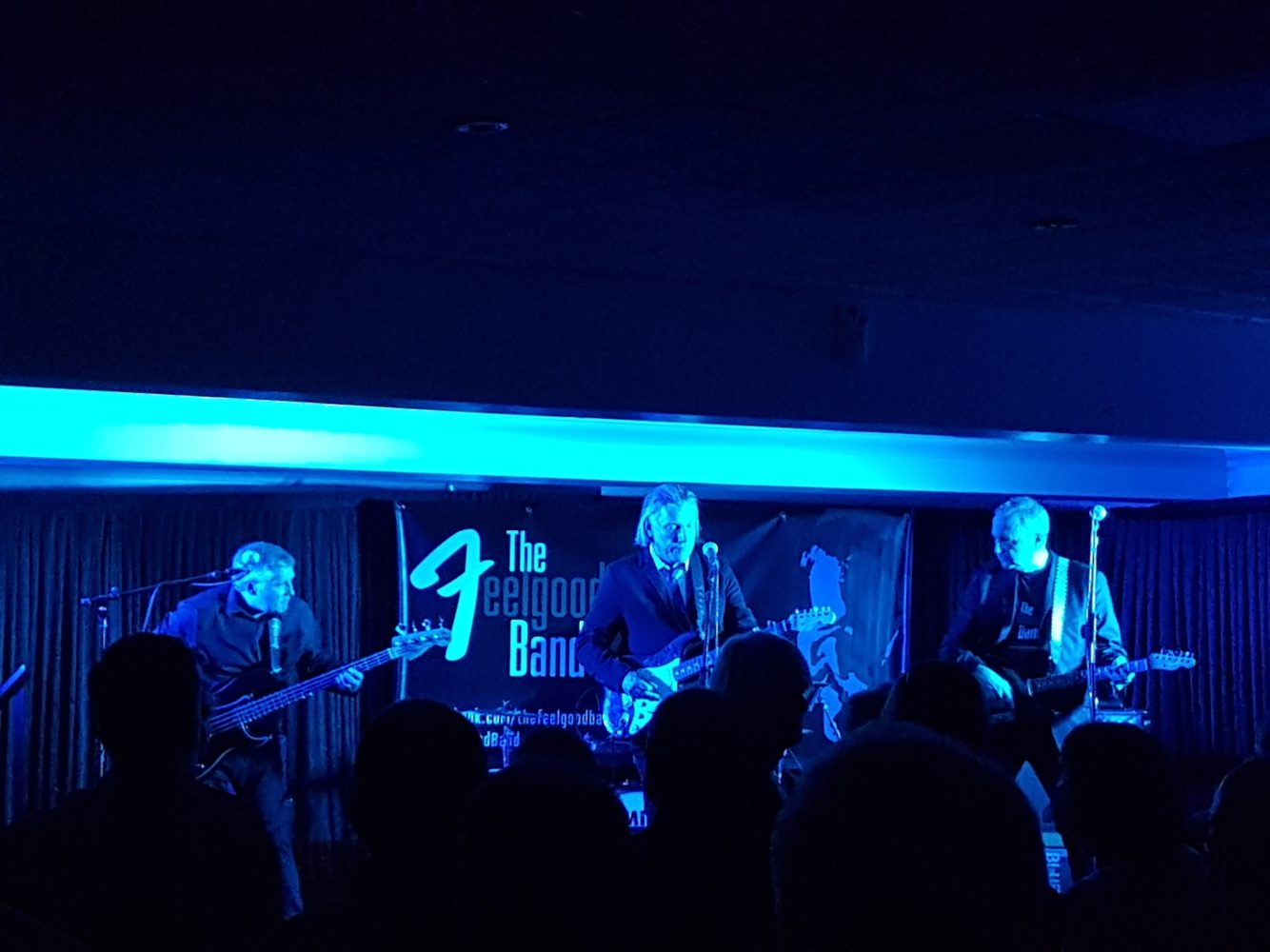 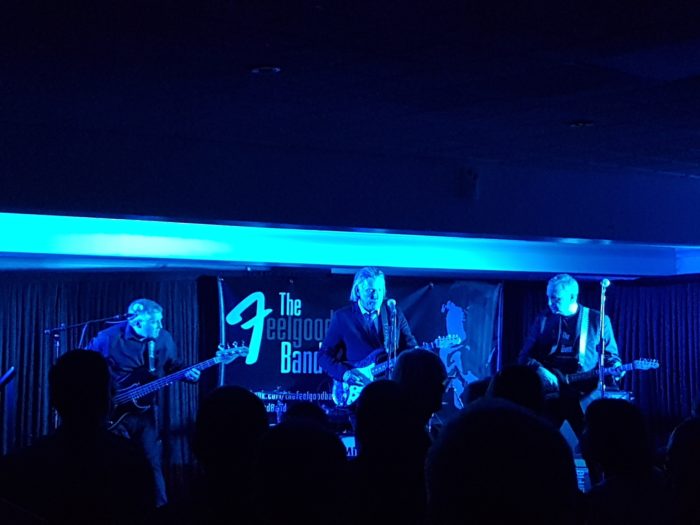 Horror, a tribute band review in Louder Than War !! The writer already hears the hordes of angry readers lining up  to castigate him. Having originally planned on attending the show to enjoy the music, the band’s spellbinding performance convinced us to share our impressions (and after all three quarters of the original Dr Feelgood line-up have led their seal approval to the venture so…). The Feelgood Band concentrate on recreating the sound of the original quartet which lasted from 1971 till the departure of Wilko Johnson in 1977 after the release of the “Sneakin’ Suspicion” LP. Formed six years ago by guitarist John Simpson, aim to recreate the magic displayed in the legendary footage of Dr Feelgood in concert at Southend-on- Sea’s Kursaal in 1975.

Starting with a roaring take on “All Through the City” from the Feelgood’s first album “Down By The Jetty”, the expert fans in attendance would have noticed that for practical reasons the positions were swapped compared to the Kursaal footage (due to a beam preventing John from sitting on the left side of the stage) but if you closed your eyes it was all 1975 again (or at least I can hazard it, after all I wasn’t there myself). Singer Mark paid homage to hero Lee Brilleaux and thanked the sizeable crowd for coming down to see them. The band kept a steady pace ploughing energetically through a few covers the original Feelgood made their own on their second and third LP’s (“I Can Tell” and “Talking About You”).  The two hour show enabled them to cover a lot of ground with all the “hits” (including a short detour in the Gypie Mayo era with “Down at the Doctors) but also managed to include some lesser known tracks including the cover of “My Baby, Your Baby” which only exists as a live version on the BBC Sessions compilation or an excellent take on Mickey Jupp’s “Cheque Book” that was originally recorded by Dr Feelgood on their debut LP.

The band will be playing a special remembrance show in the memory of Lee Brilleaux on the 6th of April at The Hammersmith Club in London with original Dr Feelgood bass player John Sparkes (Sparko) and Dean Kennedy, former Dr.Feelgood Tour Manager, in attendance. Both close friends of Lee, they will be sitting in on a Q&A session and sharing tales Tickets are available here.