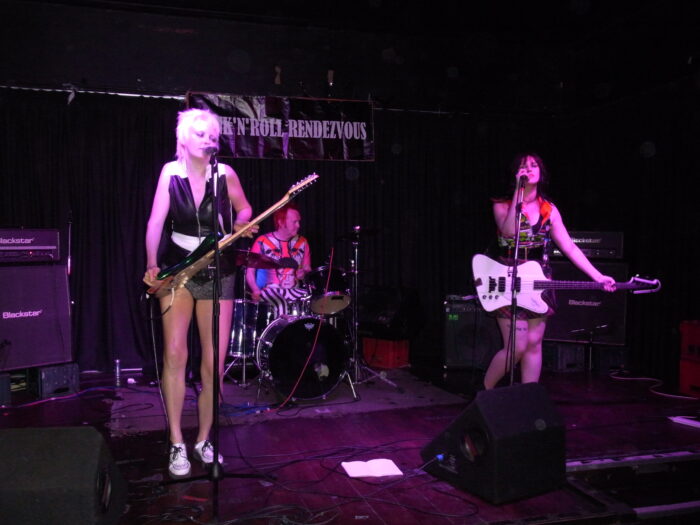 I’ve said (moaned?) before that it takes a lot nowadays to drag me off the comfy sofa to see a band, especially at a weekend. For a start, I’d have to move the dogs. Then there’s the delight of the train journey/tube/walk to venue. I have to really want it. I only do this for the love of the music. So, you know what’s coming. Yep; another band that you should love. 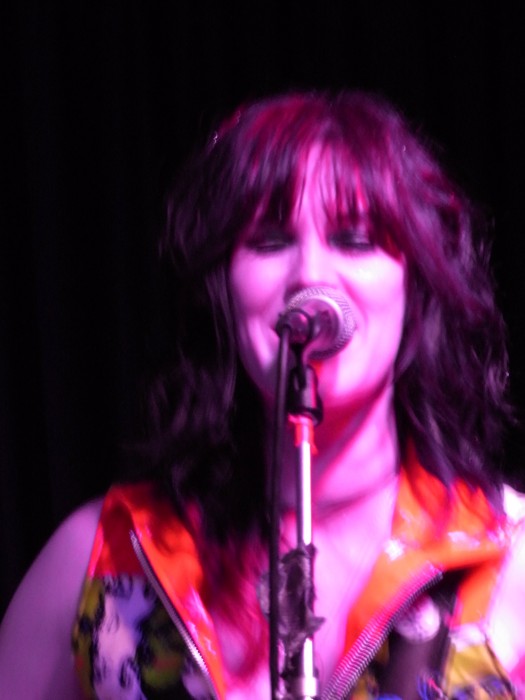 While I usually try to see all the bands on a bill, as it’s only polite/sensible, tonight for me was all about The Featherz. Given enough reasonable train times, I’d have stayed to see Healthy Junkies headline, but sometimes it isn’t possible. Of the other support bands tonight, Headstone Horrors were the only ones who grabbed my attention. Shlepping all the way from Nottingham to play a free entry slot in Camden shows dedication, and they’ve got some catchy tunes in a Creepshow/Dragster style.

The more time I spend around The Featherz, the more I like them. Danie Cox, Alice Atkinson and Dazzle Monroe put the amour into glamour, have the songs and the style and, delightfully, are really nice people as I found during an interview at Rebellion this year. They have a new single, You, which is available to download now and on cd soon (though, sadly, not tonight). 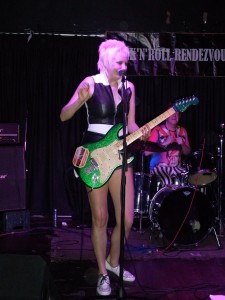 Bad Girl kicks off the set (available on Spotify), and the chemistry between Danie and Alice is evident to all here tonight; part rock stars, part hyperactive kids. They want you to HAVE A GOOD TIME! And we really need bands who can do that. Yes, they have a foot firmly entrenched in 1973, and for me that’s all for the better. Yet, there’s no slavish copying; they have their own sound, even if Takes One To Know One would raise Bolan‘s eyebrow. He’d approve. They have the variety of songs to draw you into their world of Flock Rock, which is what dragged me here tonight. I knew I’d feel better for seeing/hearing them, and I did. They can get away with asking When Was The Last Time You Had Sex? and you’ll sing along (though not necessarily answer).

With the train beckoning, I make a swift exit. Under the street lamps, I notice that the brief “hello” from Danie has coated my suit jacket with glitter. I smile, like a memento from Mr Benn and his unlikely adventures. Catch them if you can; you’ll feel the benefit.