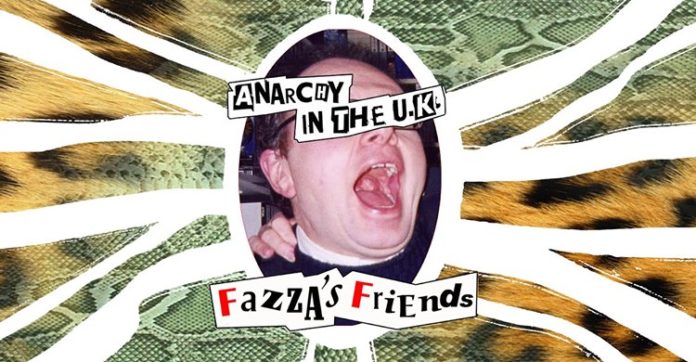 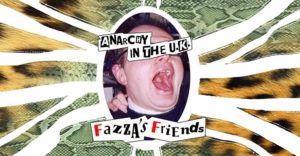 If you’ve been to a punk gig in Bournemouth or any of the towns and cities within a fifty mile radius: Portsmouth, Southampton Winchester, Salisbury… or punk specials at the 100 Club, various festivals and of course Rebellion ( Wasted, H-I-T-S)  over the past thirty years (at least) you will have seen regular gig-goer and fan Faren Short.

He’s quite distinctive as he’s a ‘Gary’ (Baldy) with glasses and a penchant for the old-school punk dog-collar. He’s always near the front, pint in hand, dancing and taking in every second of every band on the bill.

I probably first said hello to him with a drunken ‘bloody hell it’s Harry Hill’ more than twenty years ago at a Punk Aid gig at the 100 club and seen him at innumerable gigs since at venues big and small all over ever since. We always say hello and have a brief chat – one subject -the last gig we went to and the next!  If there’s a decent punk gig, he’d be there. A gig regular, music fan and nice geezer.  A stalwart of ‘the scene’. An ace face.

I’m gutted to read he has cancer and short of a miracle… well, y’know.

But THIS is brilliant, and a testament to the man, and the high esteem he is held in by local musicians from Bournemouth bands and fans, all of whom he can count as friends.

United over the net, locked down but not-out, sending love and making a punk rock noise for Fazza. There was only one song really…

Seriously, a lot of love in that performance which stands as a big thank you to Faren for being a loyal fan of the music, the bands and vital part of the punk community.  We are all thinking of you mate.   To paraphrase Strummer: Without people like him we are nothing.

There is a Facebook Group Faren’s Friends and the man himself posted today via his brother – Fazza doesn’t do social media – thanking everyone for the video and saying how deeply touched he was by it.