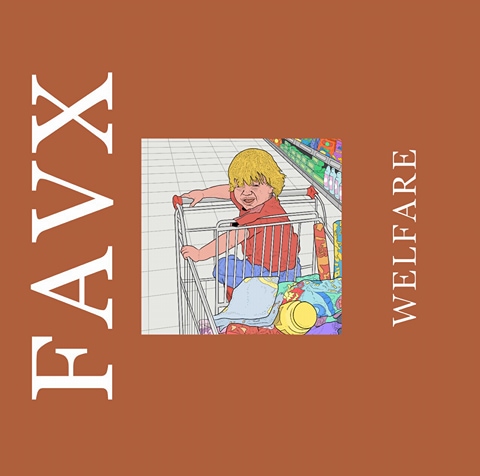 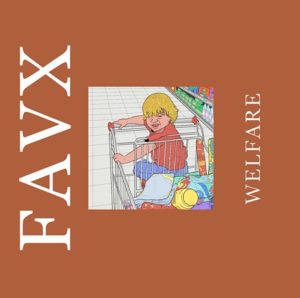 New Spanish noiseniks Favx drop their debut EP, Welfare. Louder Than War’s Nathan Whittle signs on to find a band pulling in influences from all directions and wrapping them up in a throbbing package of floorflillers.

On their debut EP, Welfare, Madrid’s Faux waste no time in setting out their stall as lo-fi hardcore disco noise-fuelled riotmongers. Opener, The Dancer, kicks off with a distorted crash before quickly dropping back to Fugazi-like sparseness, a solitary clicking and subtle bass harmonics picking over softly spoken proclamations that slowly rise into a driving and pulsating rhythm. It’s a great first track that sets the tone perfectly. Fireking follows with a simple crunching riff and stripped-back drums under scratchy, almost breathless vocals. Like hardcore for a disco generation, the song shakes along like the bastard son of LCD Soundsystem, kicked to the curb and spat into the gutter only to be dusted down by the pumped up brother of Q And Not U and sent back into the fray. It’s a definite floorfiller and an early highlight. That disco beat is gone as quickly as it came as they drift into Flowers Of The West. Taking a cue from the likes of Dinosaur Jr in the way the fuzz guitar glides along over a simple pounding rhythm, echo-laden harmonies lifting the verses higher. The dual vocals – one sung, one spat – blend perfectly together before the song explodes into a surging chorus and rises to a finale that drops off and leaves you hanging on for more.

Last year’s teaser track, Vanilla, picks up the mantle and kicks up a disco-post-punk sound. The lyrics spew out over chugging guitars and whirling synths. There’s no doubt that the spirit of PiL was swirling recklessly around when this song was penned, and the guitar riff as the song slides out touches on The Stranglers’ (Get A) Grip (On Yourself). It’s a great detail on what is probably the best track on the EP, worming its way slowly into your brain. It’s Gone, the shortest track on the EP, is up next. It drops off the pace and lazily drips along sounding something like fIREHOSE with the distortion pushed to the max. It’s a blink and you miss it moment of a song that leaves you gasping for more before EP closer Born In The 90’s drops in to wrap up all the sounds and vibes of the previous five tracks and sign things off perfectly.

On their debut EP, Favx have pulled together a host of hardcore and post-punk influences and blended them together into a sound that is at the same time referential and surprisingly fresh. It’s the taster of a band beginning to make their mark and a great sign of things to come.

Listen to the Welfare EP below: