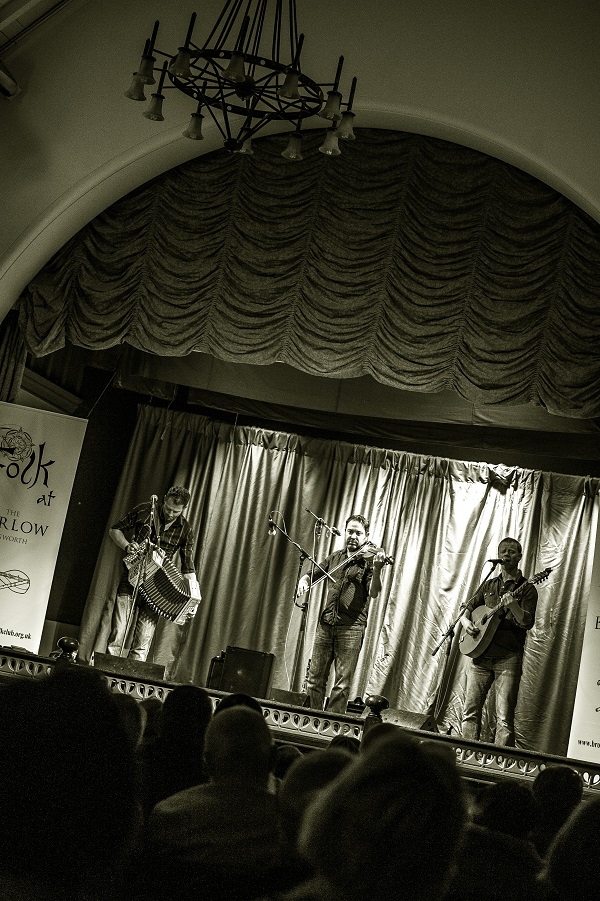 Faustus, the newly appointed  resident artists at The National Centre For Folk Arts (find the website here) were out and about with several dates which saw them zig zagging across the nation to provide their own inimitable brand of folk music laced with lashings of intriguing story telling.   A lengthy journey from the South East saw them arrive at the penultimate date on the jaunt before heading back in a roughly similar direction and well earned rest before the next musical commitment. Such is the life of a jobbing musician.

Down  at The Barlow, Faustus Friday found them sandwiched between Dr Julia Haggard’s talk on ’The Bee Keeping Year’ and the ‘Back To School Disco’; the three leading lights of their generation – according to the venue noticeboard –  coming together to provide a display of virtuoso musicianship and testosterone. Fortunately for all concerned,  the ornate  and high stage served to protect the front rows from a testosterone tsunami, which thankfully failed to materialise. 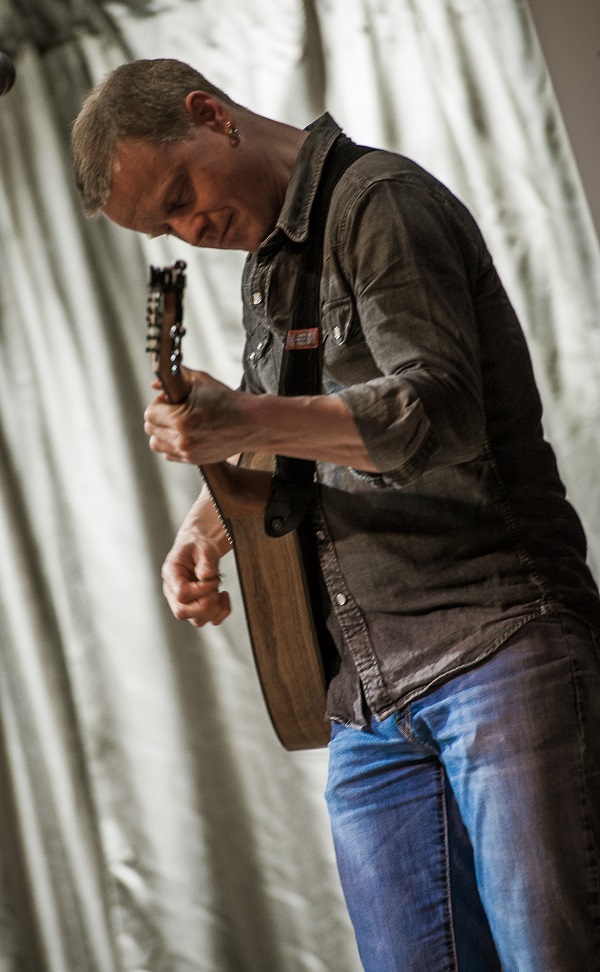 Friday night Folk at the Barlow (Bromley Cross Folk Club) in Edgworth (prompting Benji to ponder what U2’s The Edge is really worth as well as adding a few choice bolt-on puns) sees them regularly supporting  folk music gatherings – first event of the year was the wonderfully named The Saggy Bottom Girls – but occasionally  the big boys come to  town. It’s a fabulously atmospheric venue run by enthusiasts of live music and with with a loyal membership who throw themselves wholeheartedly into the support slot from local band Turnpike. Their unplugged offstage set  saw them getting up close and personal with their Lancashire rooted songs prompting a fair deal of audience participation. As much a tradition for folk club gigs as the interval raffle.

The main course saw the usual banter driven Faustus set enhanced tonight and on the current tour by some new musical offerings. There’s an onstage manly yet affable rivalry between Saul Rose, Paul Sartin and Benji Kirkpatrick and the audience enjoy the quips and asides during the instrument swapping and tuning as much as the musical excellence served up –  “if only life mirrored art – then we wouldn’t have had to go to Spalding last week” a prime example.

Their current status as artists in residence at Halsway Manor – the National Centre for Folk Arts – has given them ample opportunity to do some quality research for from the archive  for their next album as well as engaging in all manner of workshops and developing new arrangements of traditional tunes and songs. The collaboration resulting in a number of songs from collector Ruth Tongue and whilst her songs may have been fascinating, the tunes allegedly tended towards the  similar, proving  positively underwhelming – “cak” being the operative word and an excellent one at that; not one you hear every day and certainly inoffensive enough to have a higher profile in acceptable lists of cusses and curses. 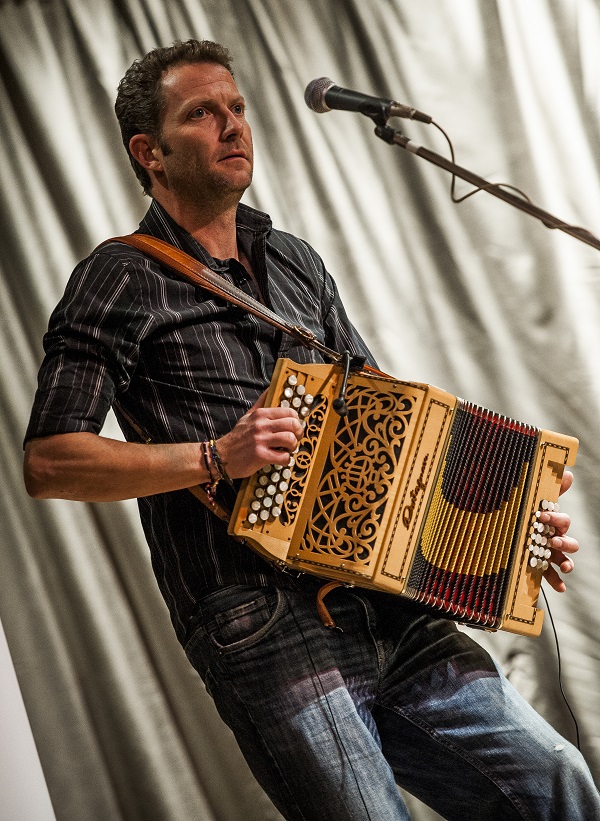 There was some music too. New to the setlist were a  couple of tunes sets – ‘Oh To Be A King’ doing what it says on the tin being a slow paced regal offering and the more sprightly and  ‘The Piper’s Rehash’ put together by Paul and Benji. The latter being  one of those you could see Paul and Benji’s other band Bellowhead putting a bit of beef into. The pick though would have to be  ‘The Deadly Sands’ An ominous tale of wreck salvaging – and the sort of subject  (the sea) with which Saul Rose seems  to come into his own (‘Ballina Whalers being another set highlight). Adding  their own tune whose  rhythm hummed  and throbbed as the tale unfolded, it was one of those songs which makes an immediate impression on first hearing and undoubtedly whets the appetite for the forthcoming album from their Halsway adventures – catch the band out on tour in October on a series of album launch dates.

Words and live photography  by Mike Ainscoe. You can find more of Mike’s writing on Louder Than War at his author’s archive and his website is www.michaelainscoephotography.co.uk