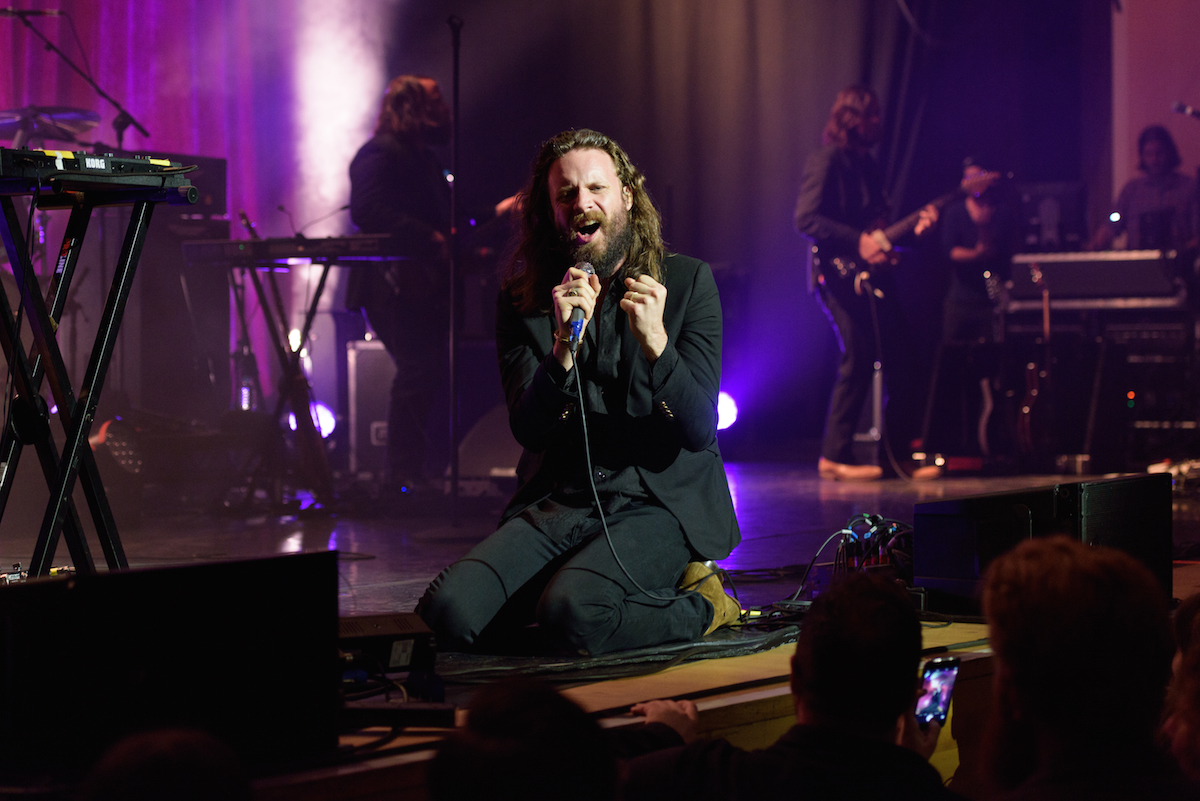 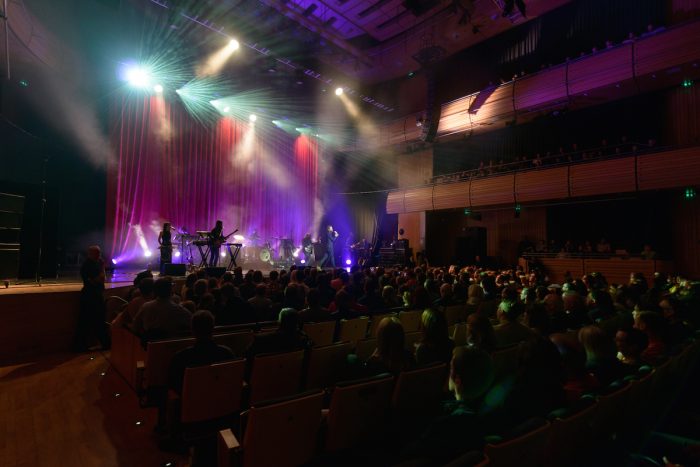 A spellbinding performance by one of the planets finest, Father John Misty proves he is a true superstar in the making.

Few artists are of interest as Father John Misty both on and off stage, having slowly risen to increasing prominence since the release of I Love You, Honeybear. He was always an eccentric and put on brilliant shows before the release of his latest album, just now he’s gaining the recognition he so richly deserves. Although his off stage exploits have helped in boosting his popularity.

Tonight sees him arrive at Gateshead on a high, following packed out shows across the country. As the stage is plunged into darkness he is greeted by a rapturous reception, it is especially loud, particularly when crowds are so often muted in this venue. Opening up with the laidback Everyman Needs a Companion, its as if he’s easing himself and everyone else into his set. 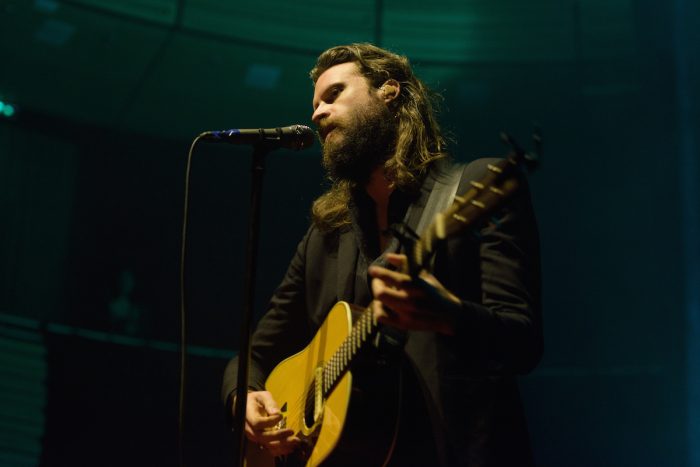 That is quick to change though as his set gathers pace, When You’re Smiling and Astride Me sees him throwing himself around the stage like a man possessed. This grandiose tune matches its setting perfectly, with its soaring orchestration and beautiful choral elements. However, it’s Father John Misty’s passionate performance that has everybody spellbound.

As the crowd lap up this breathtaking performance, it continues to go from strength to strength, and when the crowd ask for something sexy he truly obliges with the wonderful the overtly sexual Nancy From Now On. Despite the swaggering wholesome Americana tone to the track, it’s lyrics are filled with the deepest of despicable desires. Misty saunters around the stage in a rather sultry manner dancing with his mic stand, the crowd going suitably wild for his exceptional moves.

Chateau Lobby #4 (in C for Two Virgins) follows in quick succession prompting a huge singalong from the packed crowd, and its in the second half of his set where this becomes a common occurrence. With Bored In The USA, and True Affection featuring heavily, the latter saw Misty encouraging those who were seated to to break out and truly enjoy this disco infused number. It works though and everybody cordially obliges remaining stood for the remainder of the set. 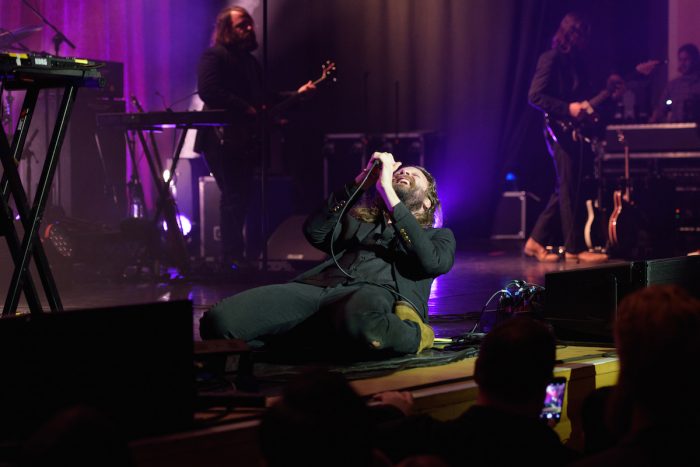 With a raucous rendition of I Love You, Honeybear to close out his set, it caps off an insatiable set from one of the worlds finest. An insanely physical set for the man himself as he constantly throws himself around the stage, jumping in with the crowd, and filming himself using the crowd’s phones. His effervescent stage presence truly sets the venue alight.

It isn’t all over though as he returns for an intense rendition of Closer by Nine Inch Nails, which ordinarily would seem completely out of place in such a grandiose venue. However, tonight it is absolutely perfect and it follows with the final track The Ideal Husband, Misty doesn’t leave the stage instead spends time greeting his fans. Capping off an incredible evening, and through his own omission stating that this room is the best in the UK, whether or not he says that every night I’m not sure but Sage Gateshead is an exceptional venue and I’m certainly inclined to agree.

~
Father John Misty can be found online here fatherjohnmisty.com. He is also on Facebook and tweets as @FatherJohnMisty.