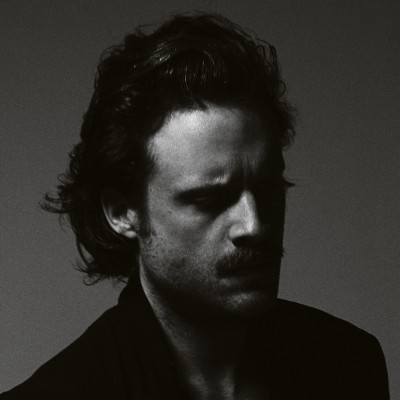 Father John Misty’s latest album was a struggle for this writer. I found it far too long and completely self-indulgent to begin with. It took me a long time to grasp everything on the album, but with time I can see how good an album it is. Lyrically, it is satirically sharp, prophetic, sarcastically witty and worth the immersion to gain complete enjoyment.

In the live arena, these songs come across absolutely superbly. Opening up with a slew of newer tracks from Pure Comedy, Josh Tillman a.k.a. Father John Misty strode on stage dressed immaculately with his band, and both a brass and string section.

Nearly every song on the lengthy set list for the show was accompanied by lush musical arrangements that brought the songs to life off Misty’s three solo albums.

There was a large selection from 2015’s I Love You, Honeybear and a smattering from 2012’s Fear Fun. These were interspersed throughout with plenty of cuts from Pure Comedy.

Many of Pure Comedy’s highlights were roundly appreciated by the enthusiastic Mancunian crowd. When The God Of Love Returns There’ll Be Hell To Pay was treated with reverence as the crowd hung on every word being sung passionately from the stage with the closing verse stating ‘We just want light in the dark, Some warmth in the cold.’ You could have been forgiven for proclaiming ‘Amen’ as the evangelical song ended.

Other highlights from Pure Comedy came in the form of the witty bar room country ballad The Memo and the Neil Young tinged So I’m Growing Old On Magic Mountain, on which Misty’s band locked in with the backing section for a wonderful trip led by Misty’s stupendously soulful voice.

Much of Pure Comedy is low in tempo – the genius in Father John Misty is that he now has such a canon of songs across his alums that he can vary his live show into definite peaks and troughs of sound and emotion.

His solemn demeanour was transformed into extrovert rock star during Nothing Good Ever Happens At The Goddamn Old Thirsty Crow as he tossed his guitar side stage and launched into full on preacher mode. True Affection showed the dance oriented side of Misty’s repertoire complete with spasmodic dance moves to adorn the Sufjan Stevens style track. The many sides of Father John Misty are something to behold. There, along with I Love You, Honeybear and the spectacularly 70’s When You’re Smiling And Astride Me garnered thunderous reactions from the sold out crowd.

Bored In The USA, Holy Shit and I’m Writing A Novel all helped with pacing the show which genuinely felt like a journey. Misty finished with an encore that included the very catchy single, Real Love Baby, and a raucous version of The Ideal Husband to send the crowd home happy with a spring in their step.

There wasn’t much in the way of interaction with the crowd throughout the two hour show – whether this was through arrogance or wanting to play as many songs as possible I don’t know. One thing Father John Misty isn’t, is shy (it seems). Moving between personas throughout the night ranging from swaggering Jim Morrison wannabee to the sincere Bob Dylan troubadour, he was visibly happy with the reaction of the crowd as they gave him and his huge band the praise they deserved for a quite spectacular night of music. Pure Comedy has completely won me over, and it’s going to be interesting to see what’s next from Mr Tillman. He is one of the best modern day songwriters.

Father John Misty can be found online here. He is also on Facebook.