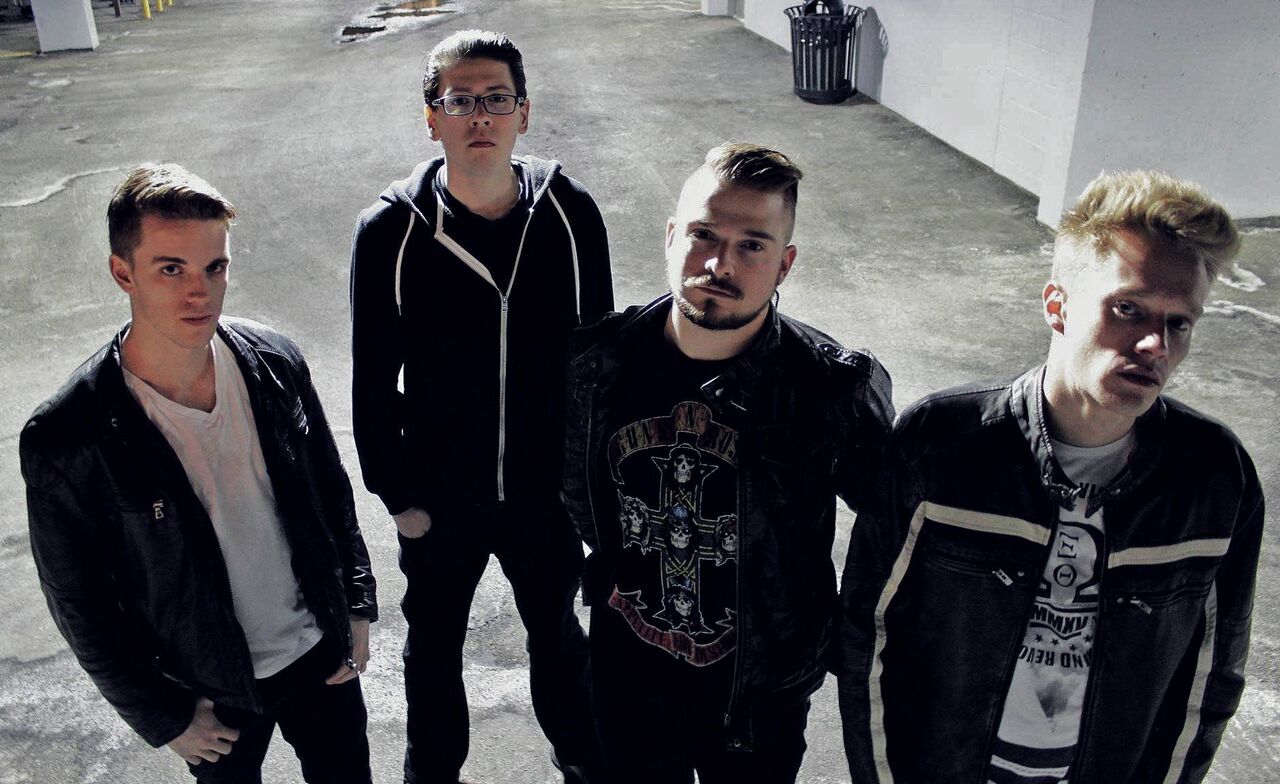 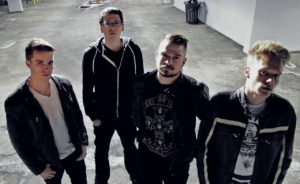 Three of the members of Fatal Pursuit grew up together in the same neighborhood. Upon reaching their teen years they began to form different bands, playing different genres. When Fatal Pursuit got together, Chase Hamilton was added to the band immediately. The group would like to change the world, or at least the world of music, by attempting to promote appreciation of live performances, and they hope to instill the meaning music used to have in people.

Louder Than War spoke with frontman Dylan Lock about their theories, their philosophies, the music, and their inspirations.

Louder Than War: Dylan, you’re the lead singer of the Fatal Pursuit?

Louder Than War: What were your musical influences growing up?

“Between a lot of the band members, we have quite a few different influences. It ranges between classical music to straight up heavy-metal to blues, which is one of my primary influences.”

Louder Than War: You guys knew each other growing up, it at least some if you did, correct?

“Yep, I’ve known the bass player and the lead guitarist  since I was probably about 14. We’ve known each other for the better part of eight or nine years. We’ve always been friends and we’ve been in different bands together throughout the years. Then we picked up our drummer a couple of years ago.”

Louder Than War: Will you be heading out on tour in support of your new release?

“Possibly. We are looking at what the summer has to offer as far as the western tour. We really want to expand outside of Calgary for sure.”

Louder Than War: Are you playing live gigs?

“Oh year. We have a couple of gigs a month all over Calgary. We had a release album party a little while ago and it was fantastic, and absolutely packed.”

Louder Than War: What do you enjoy most when playing live?

“I love the energy from the crowd. There’s nothing like reacting to be insane energy that someone can give you when you’re on stage, it’s incredible! Seeing the effect that your music hasn’t someone is unreal.”

Louder Than War: Do you have a favorite song that you like to sing live?

“Yeah, it’s “Incidentally”. It’s my favorite one hands-down. That was our second single. It’s just a real good rock ‘n’ roll jam, and a lot of fun to sing.”

“Yeah, I think musically Stevie Ray Vaughn was a big one for me. I’m just coming from the blues influence, he had a big effect on my playing and enjoying the music kind of coming out ahead of his time with a lot of things.”

Louder Than War: If you could say anything to your fans, what would you want to say?

“We wouldn’t be where we are right now without their support from our friend, family and fans. They are the best fans in the world and we want to continue to make the best music possible for them, and give everything we have.”

Louder Than War: Where would you like to wind up in 10 years?

“Honestly, playing to 10,000’s of people, up on a big stage, changing the world. We believe that the music industry going to undergo some kind of revolution. The way things have progressed digitally, we want to be in we will be in the full front of that change.”

Louder Than War: Explain yourself?

“Particularly with the digital energy, we’ve seen a lot over saturation in the music industry. Music doesn’t seem to have as big of an effect as it used to. For us in the band it’s about re-introducing the value of music to peoples lives. The value of going to a live show, and having music impact your life in a way that you can’t really explain.”

Louder Than War: If you could name a song that always evokes emotion when you listen to it, what would it be?

“One that we just wrote is called, “Fall into Flight”, it’s kind of an acoustic ballad on our record, and it’s an emotionally driven song. The whole album has a lot of emotion behind it, but when that song comes out it really gets me.”

Louder Than War: Is there anything that you’d like to promote?

“Just the album, “Sinful”. We’ve got it everywhere available for downloads, and we got physical CD copies. We’ve got a few shows coming up here, so people can watch for that.”

More information on Fatal Pursuit at their Facebook and Soundcloud pages