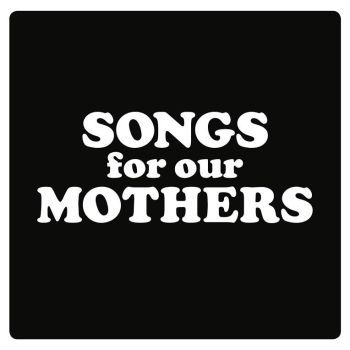 The second Fat White Family album has arrived. Keith Goldhanger gives it the once over, the thumbs up and reckons we’ll all still be chatting about this one for years.

This was never going to be an easy ride trying to explain what a brilliant, dirty miserable, provocative, dirge of an album this is. Whilst some of us are now breathing a huge sigh of relief that for the first time in ages we’ve a band here doing something that’ll remind many of us the reason why our shelves are buckling under the weight of such an old but cherished record collection, it’s also a reminder of how plain, ordinary and mediocre our mp3 collections may have become recently when containing artists who find themselves well past their debut releases.

Musically, this second album could have sat nicely between The Virgin Prunes “New Form of Beauty” album and their “If I Die I Die” albums from decades ago. They’ve already replicated the image from Throbbing Gristle’s “20 Jazz Funk Greats” from around the same time for “The Whitest Boy On The Beach” opening teaser and It even includes a couple of tunes featuring cheap sounding electronics also from the same era.
“Satisfied” has the same finger clicking rhythm as Iggy’s “Nightclubbing” and at times during the album we get indications that this band may have set out to make the most glorious fucked up Krautrock Country and Western Disco album in the world (ever !). Lias Saoudi’s voice is nice and low in the mix, he moans and he groans and these fuzzed out hypnotic tunes we’d all sing along to if we could decipher the words, whether on the edge of our beds nursing a Tuesday morning hangover or in the middle of a pint on a raucous Saturday night down town. 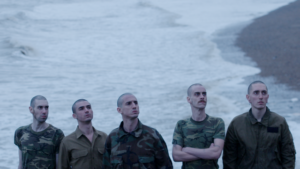 Bands like this were plentiful when we were younger. Try explaining the Birthday Party or Suicide to anyone shaking their legs to Kajagoogoo in the early 80’s and you’d be met with blank stares. Try explaining The Fat White Family to the throng that were dancing on the ceiling at last years Glastonbury festival, whilst over at the Park Stage (and introducing us to an early burst of “The Whitest Boy On The Beach”) a few of us were witnessing what some of us consider one of the greatest bands we have in the UK currently.

A lot of our favourites mentioned above who’s names some of us can nonchalantly still drop into conversations never became household names and The Fat White Family may reach this same status once the journey this band are on eventually concludes. The music of course will remain at the front of the buyers collection for decades and no finger pointing or unsavoury accusations will change this.
“Songs for Our Mothers” teases the listener with mentions of Shipman and Goebbels and we’re pretty sure “Tinfoil Deathstar” isn’t anything to do with your Christmas dinner. This may provoke those used to hearing songs about lost love, predicting riots and teenage icons into hitting out with a big stick (and we’re hoping we haven’t missed anything hugely criptic and even more potentially controversial that’s hidden in all this) but this isn’t the fuckin Kaiser Chiefs or Kasabian we’re listening to and embracing here. The Fat White Family are a car crash that just keeps on crashing, who give the impression that they don’t give a fuck about anything and tease us with song titles that raise eyebrows but produce tunes that will last for years.

This is a band that may not have the same future ahead of them that any other band as great as this would expect. Who trusts these boys, understands these boys and guides them towards the fantastic results they have so far achieved ? Will we have to wait a few decades to be able to hear these death march paced tunes played on our radios whilst we sit and eat our breakfast before the school run or will a highlight of 2016 be The Fat White Family singing a mediocre song about a blow job whilst baring an arse or wagging a cock at Jools Holland before the years is out ?
This really does sound like nothing else around at the moment and as popular as this band look like they may become, one feels that the well worn familiar path taken by scores of other bands over the years may not become the same path this band stagger along.

It could take years.

Isn’t that how all the great bands are remembered ? 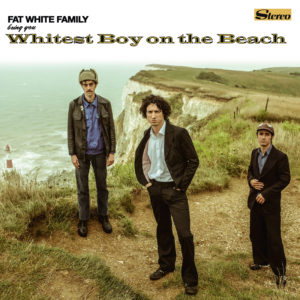 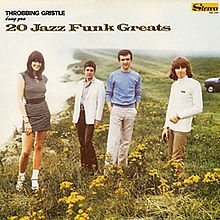