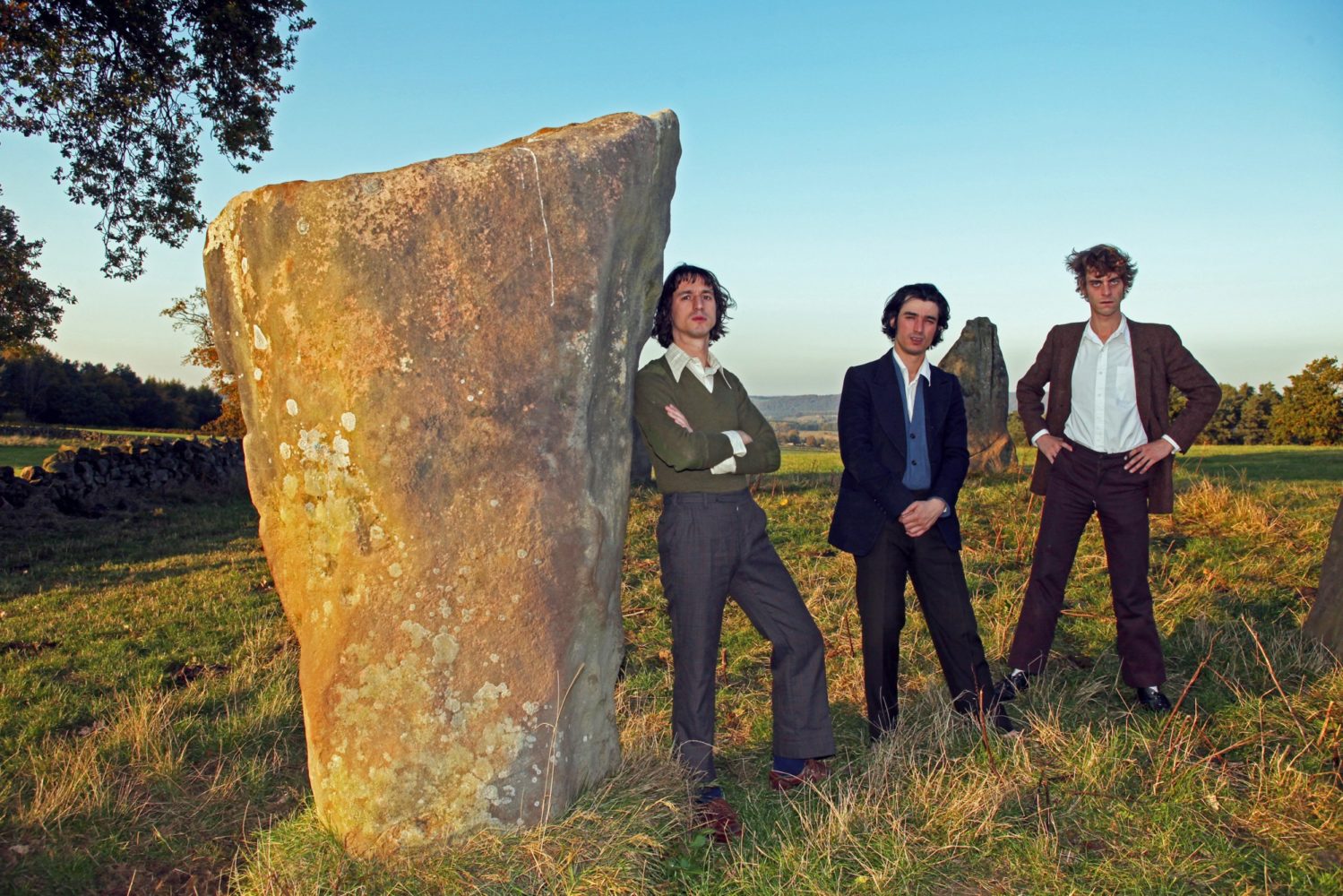 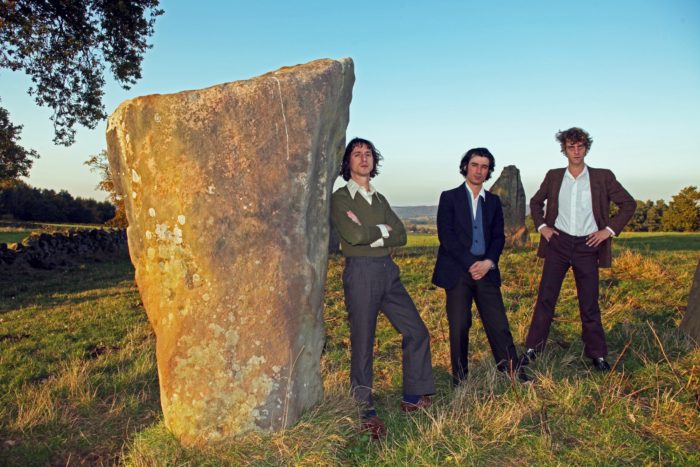 Following the bands difficult debut album followed a couple of years later by their difficult second album, album number three is now upon us. Keith Goldhanger has been listening to Serfs Up! and finds it an easier, pleasant experience.

Fat White Family are still surviving after their apprenticeships served on both sides of the bars of South London. Lias and Nathan Saoudi have relocated to Sheffield , kept themselves busy with Moonlandingz, crammed themselves into barely affordable rooms and have now come up with this. Saul Adamczewski has returned from both rehab and time working with his other band Insecure Men and has collaborated again with the Saoudi brothers as arranger/producer. Together they have made a fabulous third album, left the ideas from the first two albums to the imitators and moved on without losing the magic they always had.
Surfs Up! is slightly different from the first two albums. Its an easier listen than the brilliantly scummy dark and miserable fucked up songs on their previous album Songs For Our Mothers, an album that has come the closest any band have ever got to emulating the late great Virgin Prunes from the early 80’s. Champagne Holocaust may have been a debut that had us scratching our heads until we all stood in the same room to watch being performed and one or two of the songs on Serfs Up! may have the same effect until we get to hear these songs sandwiched live between the classics we already hum along to whilst we walk down the road after closing time. 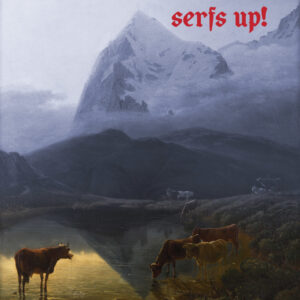 This sounds a bit more upbeat and happier, moments of adrenalin are present even though one gets the feeling the band may actually be trying to hide the fact that there may have been a few more smiles (probably through gritted teeth) on the faces of the contributors than previously. Drugs such as Cocaine and heroin have been replaced by softer drugs we imagine and tunes built around the odd looped bass line, looped strings, heaps of backing vocals and restrained, almost whispered monotone lead vocals are highlighted here in a refreshing new era for the band. It’s another album that continues the story that this band are continuing to write and not allowing to end.

Opening track Feet could be John Grant again on the park stage at Glastonbury. As with most of the songs on this album they may sound slightly different to what we’re used to but it’s still Fat White Family and still as magical as we hoped. Vagina Dentata, with it’s calypso beats, saxophone solo and Benny and the Jets piano has us sitting in a smoky Ronnie Scotts’ looking for change for the fag machine whilst knocking back the whisky on a Sunday evening. Kim’s Sunsets, a swaggering dance track is an instantly loveable, sexy and suave tune. It sounds like what you want This band to sound like, it’s as smooth as Ghost Town but for happy inebriated people who don’t give a fuck about the clubs closing down whilst there’s a new series of Strictly on the telly.

Fringe Runner comes through the door like the Human Leagues Being Boiled and with a bass line you’ll continue nodding your heads and shaking your shoulders to until they ache. It’s a tune we’d rather hear played in dance tents late at night instead of Hot Chip if there’s room one day. Oh Sebastian is a Disney sound track in waiting to listen to alongside some of those sweet Mercury Rev tracks from recent years. A tune you can’t imagine them playing live amongst everything else they have . Only time will tell if this suddenly explodes into a glorious moment during a night out with these former south London scallywags.

Tastes Good with the Money is The Glitter Band singing Night Clubbing and will have us all waving our imaginary scarves over our heads singing The Bay City Rollers Shang-a Lang to. We’re almost back into Touch the Leather territory – Best track on the album, one the best tunes of the year and probably one of the bands finest moments to date accompanied by the marvellous Pythonesqe video (below) which is one to cherish (Although dressing them up wearing high waistband trousers with tartan trimmings would have been better – they could have saved the Python stuff for another tune). Baxter Dury providing narrative at the tail end of this is thrown in for good measure, we’ve no idea what he’s on about , at this stage we don’t care, we just want to sing along to the magnificent chorus.

When I Leave is an uplifting atmospheric not at all fucked up piece of music with a twanging guitar that sounds like Goldfraap and a chorus featuring something that sounds like its being performed by Jona Lewie backing vocalists.

Finally, Bobby’s Boyfriend contains a fucked up chorus of ‘Bobbies boy boyfriend is a prostitute….’  The first time during the album you realise you need to hear the song again to decipher what it is they’re singing about. It’s not the best song on the album because unlike the rest of the album it sounds like it’s been dragged out from the standard FWF stockroom left behind after the previous album.

We go through a musical historic reminder of The Residents, Bay City Rollers, Glitter Band, Human League and most important of all its another reminder of Fat White Family. Serfs Up!  is an album that still sounds as though it’s been made by a band ready to hit the pubs with again as opposed to many other bands this decade who continue to have the large arenas in their sight. This is one of many things that make this band great. They’ve got it right again and have given the world at least three of four more tunes for the greatest hits album we’ll get in a couple of decades time once another listening format has been invented.

Still one of the greatest bands we have in the UK at the present time and another 45 minutes of music to add to the pile already out there.

Serfs Up! is available now. You know you need this.