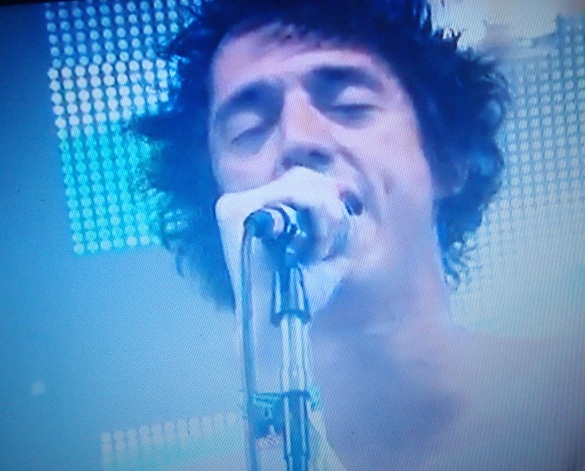 We saw some great stuff on the John Peel stage again this year but one band that shone yet again were south London’s Fat White Family.

Five troublesome looking characters in a line across the front of the biggest stage we’ve seen them on and a shirtless drummer pounding out the same riffs at the same intensity as they were at the tiny Buffalo Bar in North London only a matter of weeks ago.

And it works even better on the large stage in front of a packed tent where at least one of us raises a large glass to everyone involved in making this happen. Some of us spend years going to these events and settling for second best and observing what the masses are currently jigging their torso’s to, but here for at least forty minutes we get this years favorite new band doing what we were so confident of experiencing only a few months ago playing early Fall, Birthday Party, plodding country tunes that sound so fucked up yet so together and so representative of how some of us are feeling on what is still only the penultimate day of the festival that we are giddy with excitement (again).

We’re at the mercy of the BBC keeping this up on their web site for a while but have a look – THE FAT WHITE FAMILY.

On the John Peel Stage.

Continuing to roar on.

Words by Keith Goldhanger as was the photo. More writing by Keith on Louder Than War can be found at his author’s archive.