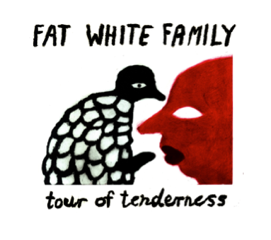 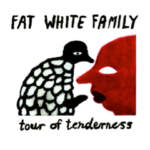 Oh yes the gods of terror noise and blues manglers with drug stained lunacy and party of ye gods attitude and the best new band in the UK etc Fat White Family, who recently announced the formation of their own record label, Without Consent, have revealed a run of festival dates, headline shows and gigs with The Growlers over the summer and into the autumn.

Loosely titled The Tour Of Tenderness, the list of forthcoming shows is as follows:

17th Bristol The Fleece (with The Growlers)

18th Liverpool Kazimer (with The Growlers)

19th Brighton Concorde 2 (with The Growlers)

Tickets for The Growlers shows in August are available via www.alt-tickets.co.uk, and the bands will toss a coin to determine who will headline each night.

Fat White Family released their debut album, Champagne Holocaust in the summer of 2013. They are currently recording new tracks to be released later this year on Without Consent.