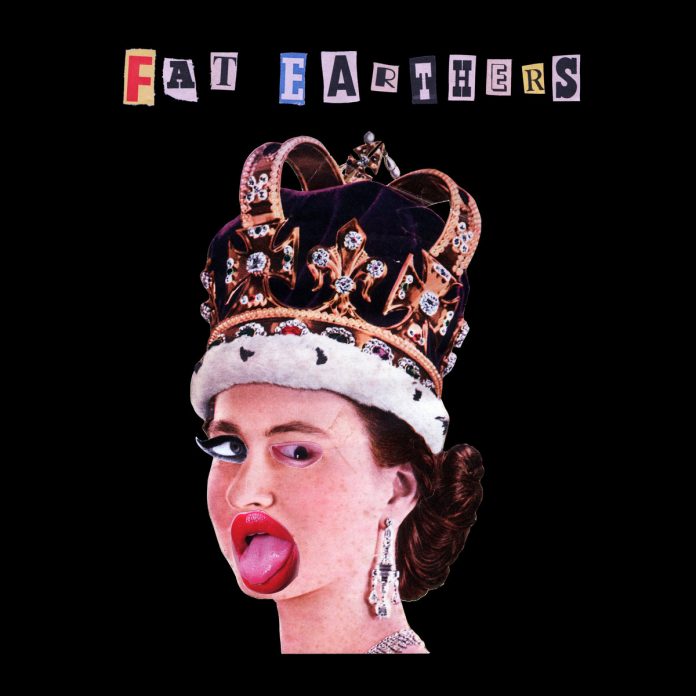 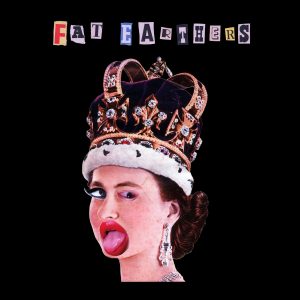 Fat Earthers have a lot to fucking answer for.

“Yeah, we put on their first gig  – they played supporting us at a pub called the Rose in Ventnor on the Isle of Wight… 2019”

“It’s great to see mates doing well, we wish them well for there future”.

Aw for fucks sake – I thought you were punk-rock-motherfuckers?  You can’t say THAT!

Right.  I’m gonna give you a shit review then.

When I reviewed Fat Earthers first EP in 2018… I said their music was “a primal racket that sounds like an early Sub-Pop band playing Spiral Scratch on shit-loads of drugs” and “nihilistic psychedelia. Or is it just a soundtrack to smashing your room up?”

Like Like Like appeared in 2020 and I called them, bizarrely “a post-apocalyptic Wham!” and noticed  “a Sleaford Mods influence on the most guitar-mangling of bands. And a Krautrock Motorhead vibe as well as a hint of Nag Nag Nag!” concluding they were “unpredictable, inventive and volatile. with a dark, fucked up sense of humour…”

I stand by all of those astute observations but Fat Earthers seem to have kinda grown-up and calmed-down a little bit since their beginnings and (singer/guitarist) Lukes previous autodestruct mission called Quim Reaper – on-tape at least!

As a debut album, Bored is a story-so-far collection of work from over a two year period.  The songs are great: simple, raw, effective and funny and expand on the live sound in that there are more instruments: bass, some samples and not just drums and guitar.  (I could do without samples of bumbling Boris to be honest…)

There is a healthy dose of gallows humour and straight-faced irony – but somehow it’s not an album with any sort of cohesive theme or steady build to a climax. It’s more like a singles album (4 of the 9 songs have been released previously between June 2020 and July 2021) .. with, dare I say it, a novelty factor that served fellow Islanders Wet Leg well.  Like Like Like being Fat Earthers equivalent to Chaise Longue. (Excuse me? Fuck off!)

Policeman is a genius mix of Mekons, Sleaford Mods and the lyrical boiling down of societies complex problems to blank, simple, dumb statements.

Oil Race is the same kind of take on global affairs and the beats and blank verse seem to be as important, if not more so, than the noisy fuzzed-up guitars…

Call Me Punk ends the album on a high with a great bit of faux cow-punk blues, xylophone and Ramone ramalama ding-dong and threats of violence. “You call me punk again and see what happens!”

Fat Earthers are a lot smarter than they seem.  They hide it beneath layers of acting dumb, rocking out and piss-taking hedonism. Or at least, I think they are / do.

Bored – the title alone is an age-old punk cliche – from Buzzcocks (Boredom B’dum) to Iggy Pop’ (Chairman of the Bored) to IDLES (Always Poor, Never Bored) – but Fat Earthers even turn that on it’s head and go ‘over-bored, ‘water-bored’ and ‘this song is boring – because it’s about you!’

Luke and Kyle are Isle of Wight surfer-dudes, rock’n’roll animals, quite possibly as upper middle class as Rhian and Hester, but are a lot of fun and have made a great album. if Wet Leg were surfer boys on drugs, they would probably be Fat Earthers…

Is that a good thing – a recommendation?  If I had just one chance to go back in time to change history, would I go back and kill Hitler or Tardis my way to stopping Fat Earthers giving Wet Leg that support slot?  Tough decision.