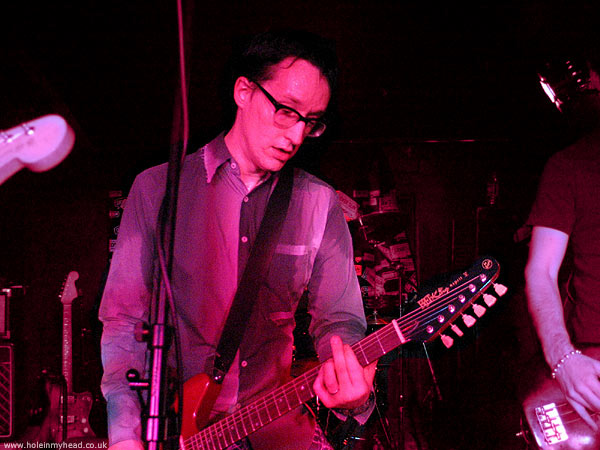 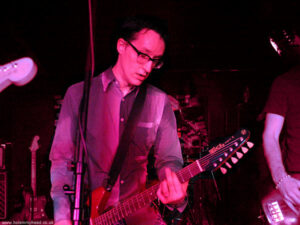 The second fact was stated firmly by that poet among music journalists, Chris Roberts, when he wrote some years ago that James’s band, Silver Sun, “made an album better than Pet Sounds, and no, we are not drunk.”

Never has flagrant hyperbole been so justified. ‘Perfect Pop’ is a description that gets chucked around like pies in Bugsy Malone, and what it means differs for everyone with ears and an opinion. This was Chris’s definition (one of a few, to be fair), and it’s also mine.

1996-7 was an exciting time, the “Ooh, so where do we go now?” phase of the Britpop age. Call it the Shine 7 period, a phrase I made up just now. Look down the track listing for that particular instalment, just past the front loading of the usual heavyweights. There’s Bis, Speedy, Geneva, Dubstar, Super Furries, Placebo, Sneaker Pimps, Gorky’s Zygotic Mynci. Fertile, diverse times, a cast of some of the quirkiest and least formulaic bands swept up in the post-1995 melee, and towering above it all…

Silver Sun, with a 2:40 glam slam called ‘Lava’, a galloping pile-up of hooks, harmonies, huge riffs and half-intelligible lyrics. Rather like that early primal rock n roll, you can’t quite decipher what he’s singing about the first time, or the fifth, but you know it sounds like fun, exuberant, filthy fun. Awopboaloobop, Lava, Lava, Lava so high.

Like all great singles, it was over too soon, and you just had to listen to it again and again, which was fine. If James and the others had gone away then and become estate agents, they’d have left us one of the all time standalone singles, but Broad’s talents and the bandmates’ chemistry ran deeper than that: they hadn’t just got lucky once. Three more singles followed, all with the same super-power pop DNA, each unique. ‘Last Day’ is a cheery apocalypse in which Broad somehow makes the line “Everybody’s gone surfing… again” sound like the most ominous thing in the world. ‘Golden Skin’ is almost as breathless as ‘Lava’ and rocks even harder, and ‘Julia’ – oh Julia, what can I do? – is a poised glam stomp that Slade or the Sweet would have killed for, with a twisting, surreal lyric, Broad’s narrator equal parts James Bond, Mr. Pitiful and Withnail. We’re getting a sense of Broad himself now, or at least the self he wants to present in these songs – swaggering yet aware that his awkwardness might betray him at any moment; sarcastic, scathing, then suddenly vulnerable.

These traits run through the debut album that Mr. Roberts so rightly went wild for. Most pop music boils down to relationships and people-watching, and Silver Sun is no exception. It’s the prism the artist views it through that makes it special. Broad’s prism (and that of his lyrical collaborator, Lee Collard) is wild. There are magic-realist diary entries, petulant but secretly heartbroken fridge poetry, sci fi motifs, furtive lust, passion and frustration, lots of barbed asides. Sounds odd? It is odd, but voiced by James and driven by the band, it makes sense.

Just those four singles and a handful of good songs would have made a brilliant album. What sets Silver Sun apart is that every song is a great one. Here’s ‘Service’, which happens to be the first song of theirs I heard, on a free CD. It might be the least remarkable song on the first side of the vinyl version of the album. And it’s flawless, an ideal introduction to the cavernous power pop the band created with producer Nigel Godrich.

Or try track 10, ‘2 Digits’, which follows on from ‘Lava’. It’s like a minor Beach Boys reverie, all sun and soft-focus, and you think that just maybe they’ve finally done a song that’s merely very good, and then the guitars kick in, James takes the melody somewhere else, and it’s on another plane altogether: “Out of the red, and into the black… onto the road, but we’re still on track.” That’s what Silver Sun did: songs that go high, and then higher again, into the same orbit as early Beatles, or Blondie with ‘Picture This’, say. They never let up.

I got to see them, thank goodness. It was the 1997 Camden Crawl and they closed out the night back to back with the Wannadies (it was a very good year for acidic power pop), and I think it must have been at the Underworld, purely because none of the other venues of that year correspond with my memory of the room we were in. I was towards the back of a decent-sized place, certainly less poky than the Monarch or the Falcon but just as packed, but for that hour I might have been in the gods at Wembley, an Alwaysland version of Wembley where everything is somehow bigger, realer and closer. It should have been a dream but it happened, and they played that whole first album and they might even have played ‘Golden Skin’ twice because we wanted more and they’d run out of songs. James was every inch the frontman I’d imagined, all wit and wiriness, channelling his weird visions and the band’s energy to reach every person in that big room. Hell, he could have reached Mars with those songs, that night. I missed the return of Echo and the Bunnymen for this, and I have never once regretted it.

What happened next? Silver Sun had their biggest commercial success with their follow up – an unexpected but utterly delicious cover of the Johnny Mathis/Deniece Williams ballad ‘Too Much Too Little Too Late’. ‘I’ll See You Around’ followed it and was Broad’s highest-charting composition, but the Shine 7 era was coming to an end as labels tried – and often failed – to work out how to make money with all the colourful weirdos they’d signed. The second album, Neo Wave, was recorded in haste and under pressure, and there wouldn’t be a third Silver Sun album for Polydor.

The music world moved on, and largely regressed to the mean as it does. It embraced Noelrock, Stoolrock (no, really, it happened, I have the receipts), Dadrock. It embraced Embrace. We tried to take The Verve seriously. We did take Radiohead seriously, and to be honest that was alright, as they were very good and very much out there. Silver Sun never actually went away, making several more albums independently, but while I’ve never stopped listening to THAT album, I never got round to checking out the new stuff, until I was scrolling through Twitter last week and found out James was dead.

Of course I’ve been listening to it since, starting with Dad’s Weird Dream from 2006. There’s science-pulp-fiction sleeve art by Jeff Cummins, just like on every album except that hurried thing, Neo Wave. All the old musical chops are present. ‘Facts of Life’, the third track, is a typical banger, hooks all the way until halfway through the chorus it finds yet another gear and that’s just what Silver Sun do. He’s still got it. Is there anything more joyous than putting on a new album from a favourite artist and finding out they’re as good as ever?

And then came the sadness, because there won’t be any more. James Broad made wonderful music to the end – final album Switzerland was self-released in the spring – but that canon is now finite. He’s gone far too soon, though there’s comfort to be had reading his Twitter feed, which speaks of someone as positive and contented as one could be in the circumstances, as warm and humorous as he’d always been, surrounded by the love of his family in those last days; a man hopefully aware, from James McMahon’s heartwarming in-depth last interview with him, that he was greatly loved and considered a genius.

He was a genius, a rare one. He gave a lot of joy to a lot of people. To me he gave one of the greatest gigs of my life, and he gave me an album of songs I’ll be listening to until my own journey’s over. Bless you, Lord Melbury. I hope you’ve gone surfing on all that heavenly lava.