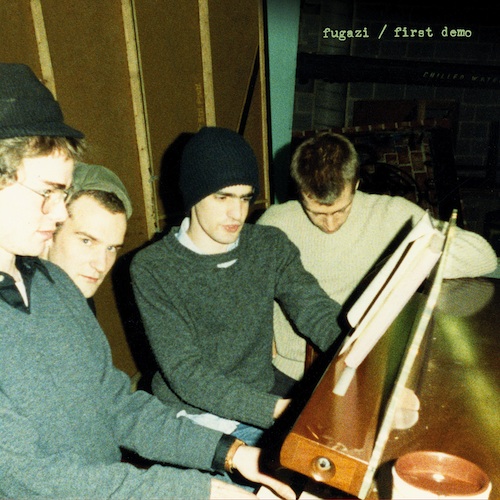 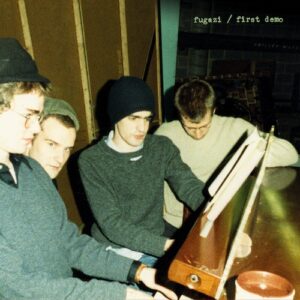 It’s been too long since Fugazi played a gig.

With the band on an indefinite hiatus the 13 years and two days seems an eternity,

Now fan has taken the last note the band played – a ringing guitar tone from Ian Mackaye from the band’s last gig at the London Forum and turned it an 8 minute drone piece.

The gig where the band ended its 16-year musical tenure with a sprawling, epic 28-song set, closing it out with “Glue Man,” a classic cut from their first EP compilation 13 Songs. It would be the last song that Ian MacKaye, Guy Picciotto, Joe Lally, and Brendan Canty would play together as a band.

At the end of the performance, the song seems to fall apart to its closing, but then Canty picks up the rhythm. MacKaye works pick slides up and down his guitar, creating a cacophony of abrasive, tinny sounds just as Lally’s thunderous bass line piggybacks off Canty’s escalating beat. Picciotto groans through the last seconds the band would play together. Finally, just as it sounds like the song is going to slowly fade out, Canty plays one last brief yet nonetheless crucial drum fill, signaling a final crescendo as Picciotto moans “Anyone, anywhere, anytime, now.” And then: it all cuts out, save for MacKaye, who lets the last note ring out on his guitar as long as possible.

For some ears, that note seems to ring out for an eternity. But musician Drew O’Doherty has stretched that eternity even longer, taking the last note of Fugazi’s last show ever and turning it into an eight-minute drone track. Released exactly 13 years after the band’s last show (and from a track on 13 Songs, as an extra kicker), O’Doherty’s “I Spent It All” takes an iconic musical moment and transforms it into a brooding, ambient musical meditation. It’s as mesmerizing as it is abrasive, especially towards the end as it slowly builds up into a crescendo of anxiety and distortion.

“Although clearly manipulated in a number of different ways,” O’Doherty writes, “all the sounds on this track are from the last chord and ensuing feedback of FUGAZI’s performance of ‘Glue Man’ at the Forum in London, England on November 4, 2002.”