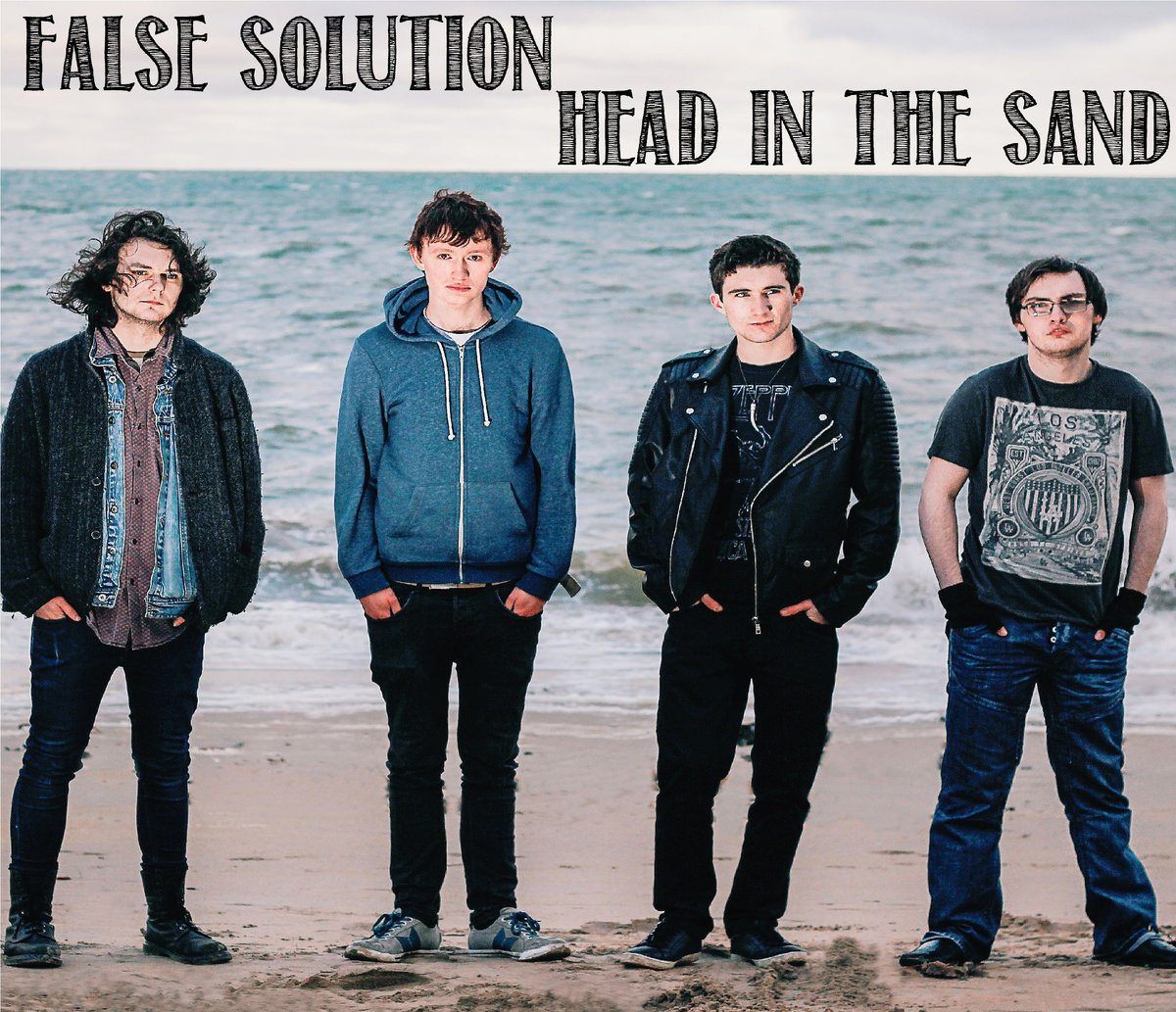 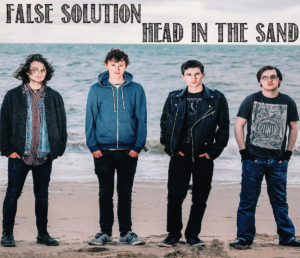 Head in the Sand EP

Louder than War’s Ioan Humphreys gets accosted on Twitter by a band with a bright future who have more riffs than he has hair.

False Solution are a new four piece indie rock band hailing from Belfast. They are currently working on their debut album, but in the meantime have self released a taster three track EP of their music called ‘Head in the Sand’.

What hits you immediately by the first track ‘Make it big’ is the quality of the production. The band obviously have an idea of what they want to sound like and this shows in the BIG sound that they produce. Clear and bombastic drums start the track off and then in comes a cracking foot stomper of a guitar riff. Once the vocals come in and the lead starts singing about being “born in the 1990’s, with a plastic spoon in my mouth” you realise 1. how bloody young this band are (!!), and 2. how classic rock their reference points are. It’s a nice start. The lead vocals suit the rockiness that these guys are going for. I’m getting Chris Cornell, yet i bet he could also do a nice Alex Turneresque croon too.

Second track ‘Head in the Sand’ starts off with another really nice riff that AC/DC would be proud off! More big drum sound and overall great production takes the sound to another level. This has never sounded like a lo-fi effort and it really does pay off.  Sorry, did i say Chris Cornell? I think i meant Eddie Vedder. What a great voice this lead has. This is another fist pumper of a track that has guitar solos, big choruses and pained vocals.

Final track ‘Mind Reader’ starts off a little slower than the others, but once the distortion and power chords kick in, you get another bona fide mosh-pit starter and an epic guitar solo to boot.

I tend to gravitate to the more noisy, abrasive, fucked up side of musical things and the sound and noise that False Solution make may not always be my cup of tea. But hey that’s just me. If you are after a really fresh rock sound with plenty of riffs, great production, big drums and well written songs about living in the 2000s, then look no further than this EP. Nice stuff.