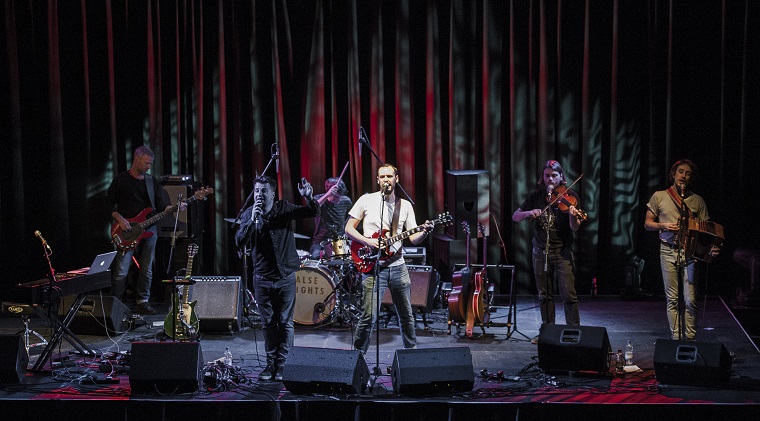 Ah, the beauty of carrying your support act in your own band. Jim Moray and the Moore & Moss duo having done their warm up turn , left Sam Carter with the Sale job – hardly a hardship and having suitably warmed himself up with Yellow Sign he proceeded to regale us with half an hour of the old and the new (although no borrowed or blue). To these ears, Yellow Sign sounds a fiendishly tricky one to open with yet he probably plays it in his sleep, which might do Sam a disservice, yet it remains a classic/familiar opening number.

And yes, we were treated to some new songs via the realisation how iIt seems strange to think that How The City Sings is a couple of years old in 2018, but also a gentle reminder of what a brilliant set it was/still is with Sam still holding court with From The South Bank To Soho, Taunting the Dog and a life imitating art We Never Made It To The Lakes. At this point, note to self to not forget the phone on gig trips as mental note making is far more difficult at our age.  So of the new songs aired, the one that sticks on first hearing  is the topical Grenfell Road.  Cut from similar cloth to Haringey Lullaby, bemoaning the aftermath of the tragedy, it’s sure to be a centrepiece of the next record. 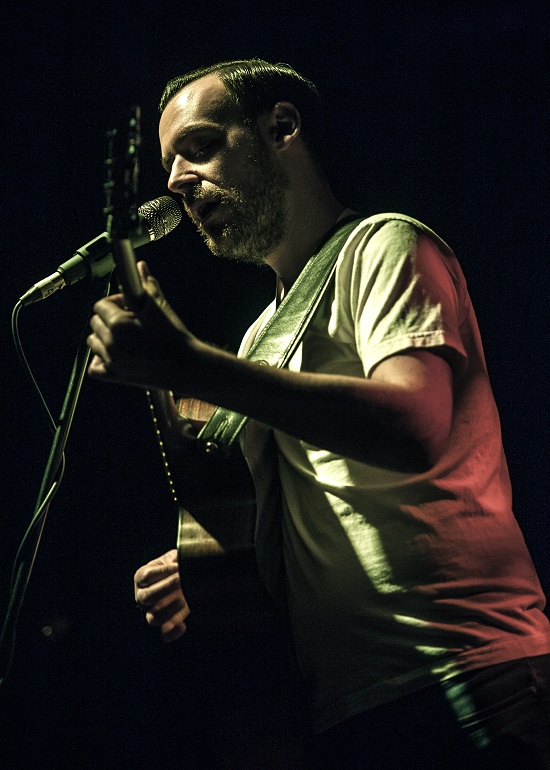 With the False Lights lurgy adding to the familiar folk themed body count gradually building in song – Murder In The Red Barn and William Glenn the main culprits – their zeal for liberating  traditional material remains unabated; the louder and weirder (a slogan made for T shirts if ever there were one)  philosophy stands like a colossus over the set built around their recently released  Harmonograph album.

With Jim’s mighty pedal board emitting all sorts of electronic whizzes and ectoplasmic sounds , taking us back to the future, adding a sometimes otherworldy  fizz and aura , False Lights aren’t  pushing the boundaries according to their fRoots cover feature,  but hitting more at the centre. Add  some seriously dirty guitar lines from Sam Carter’s Gibson SG in Captain Kidd that started innocuously enough with acoustic guitar and fiddle before the leaden groove kicked in and you have a band who delight in challenging with the unexpected.

Backing up the Moray – Carter shared frontman role, Stuart Provan and Barn Stradling deal in the provision of subtle depth, and while his hair may have not taken to well to a thorough blowing on the William Glenn video, Archie Churchill-Moss’s mane is made for rocking out  as he does frequently alongside a more intense looking Tom Moore – has no-one spotted him as a young Phil Beer yet?

Amidst the weird (The Wife Of Usher’s Well) the cosmic (Far In Distant Lands) and the simply wonderful (choose between William Glenn and Crossing The Bar), Drink Old England Dry seems somewhat ‘normal’ – maybe a concession to what people see as a folk song in a straightforward reading; a cheery toast to filling up your glasses and raising them high rejigged into a more politically correct version to the original, no outlandish noises and driven by a juddering fiddle. Surely earmarked as  a rousing set closer of the future.

Not that any set by False Lights is anything but rousing. Like the name, the thrill seeking appeal of being steered towards choppy musical waters and setting course for radical collisions is what makes False Lights so irresistible.