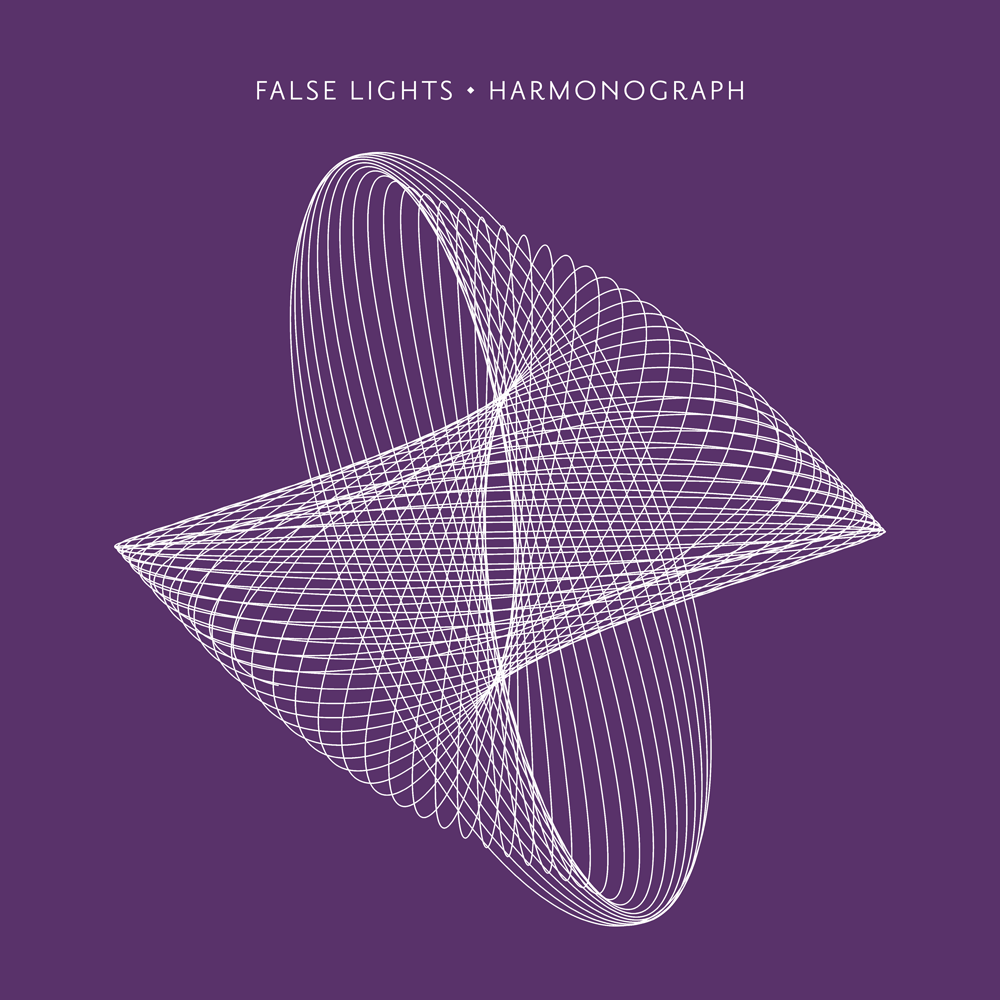 Sam Carter, Jim Moray and their jovial crew return, well rigged well manned, with their second album. Don’t be deceived by the very modern, calming purple design and swirling geometric image –   Harmonograph takes its lead from the dusty folk songbooks and runs them through a mincer.

Yet have they fulfilled the promise of a return with something that fulfils their mission of  “louder and weirder” following the impressive take on electric folk rock that emerged on 2014’s Salvor? It was an album that took traditional material as far from folk as you can get away and the breaking news after spinning  Harmonograph on the old radiogram, is that they’ve stuck very much to their guns.

The transfer window has seen a couple of personnel changes with Stuart Provan taking over on the drum stool and Archie Churchill Moss adds his squeeze box alongside regular fiddle and viola partner Tom Moore.

So while shapenote hymns, broadsides, tunebooks, the Child collection and more are trawled, frequent references abound, popping up at opportune moments. Opener Babylon is pure new wave – the “Babylon’s fallen” chorus almost recalling The Ruts’ Babylon’s Burning – apart from the blasts of brass of course. Tom Moore’s instrumental The Ombudsman kicks off sounding like the eighties King Crimson would produce followed by the hymnal Far In Distant Lands – the migrant crisis, topical and addressed with dignity.

Of course, it wouldn’t be folk without a ration of story songs – Captain Kidd, (the real life William Kidd exectuted for piracy in  1701) the first of two splendid nautical tales, paling by comparison to  William Glenn which, by jiminy, rocks the socks off. THE album tour de force; feel the wind rushing through your hair and face stung by the sea spray (worth checking out the video the guys made) in crescendo after swelling crescendo. The valves are positively fizzing as amps are defiantly turned up to eleven because where can you go when you’re blasting away at the max? One louder, naturally.  The lesson to learn – Never go to sea with a murderous sea captain.

Served with aplomb, the occasional punky pace might induce a touch of pogoing amongst the younger standing audiences and there’s even the odd moment where you feel that something’s about to break into hard folk rock.  A final reminder that the more obvious folk roots are still there comes in a a slight concession for those who like their folk less maverick,  in the form of the eminently jovial folk-along of the politically corrected Drink Old England Dry to bring the curtain down on Harmonograph. Electrifying contemporary folk rock of the finest order.

You can watch the lyric video for Babylon here: