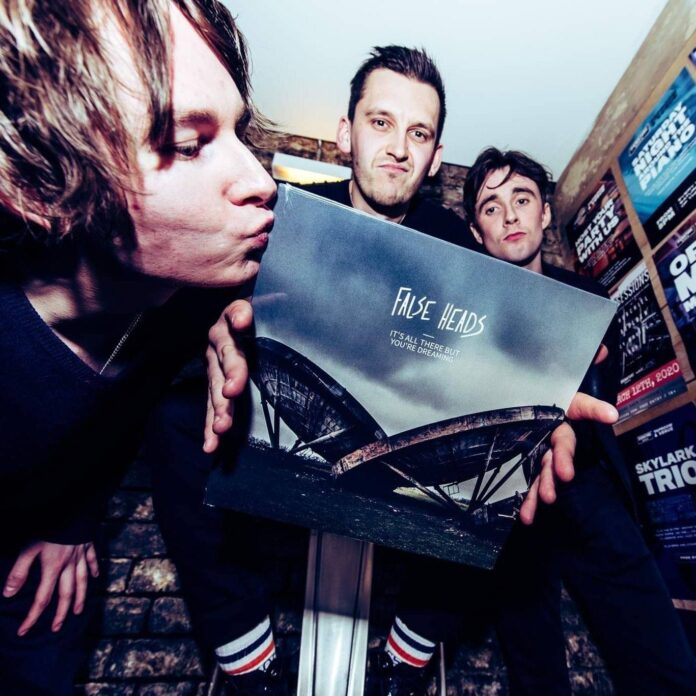 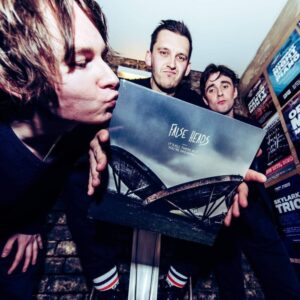 It’s All There but You’re Dreaming

London trio and Louder than War favourites False Heads re-release physical copies of their debut album, It’s All There but You’re Dreaming.

I declared False Heads a force to be reckoned with in my previous LTW review of their debut album It’s All There but You’re Dreaming. I stand by my point at almost a year later.

Following the release of their debut album in 2020, the London trio are giving it a physical re-release today via Lovers Music / Riff Factory. With over 1 million streams on Spotify, False Heads now re-release their debut album with a limited edition ‘Vinyl Effect CD’ containing 2 additional tracks, plus the limited-edition Silver vinyl LP.

Following the rapturous reception of the debut album, the band are also pleased to reveal that Joe Cross (The Courteeners) has reworked Twenty Nothing into a hook laden modern classic. Think QOTSA and The Pixies with a bit of The Ramones thrown in.

The album is a racket- it a good way. It is bass-heavy, drum-heavy, guitar-heavy, and unapologetically in your face. It acts as a culmination of over four years of hard work from the post-punk trio, who have been going full pelt since 2016.

It’s All There but You’re Dreaming is a perfect example of contemporary British rock combined with the debauchery of post-punk and False Heads emphasise their desire for catchy melodies and memorable hooks. Acting as a loud scrutiny of contemporary issues, the relevance of the album remains a whole year later. The cohesive track listing remains potent in today’s situations and a re-release is just re-establishing the importance it holds.

“We decided to re-release the album just to give it the impact it deserves. Everything stopped dead for us before,” states front man Luke Griffiths talking on the unfortunate timing of their release and the subsequent cancellation of shows. “The word-of-mouth buzz and fans managed to carry it and it’s been beautiful, but we just decided we wanted to give it what it deserves.”

With False Heads acting as one of the most followed up and coming UK bands from the last few years, the band have confidently delivered a journey of social subject matters, cultural talking points, political opinions, and everything in between. It’s All There but You’re Dreaming tackles topics that Griffiths, Jake Elliott and Barney Nash have openly talked about in their lyrics since starting out, making this album their own musical timeline.

Commenting on the album Griffiths explains: “The world is bleak and social media makes it bleaker. We get our information from our own echo chamber and we are our own tabloids. The album is trying to find a way internally of processing the external and that has themes of depression, misery, and addiction but also slight bursts of optimist and individual joy.

We didn’t consciously think too hard about what we wanted musically, as it’s a perfect summation of the last four years of us being in a band together”