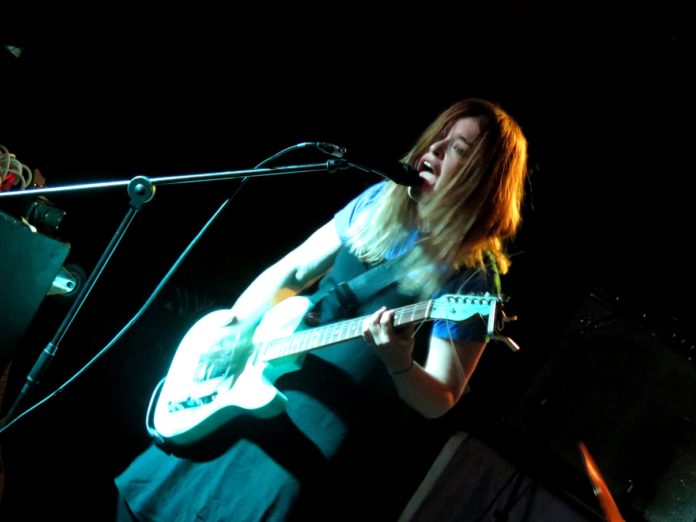 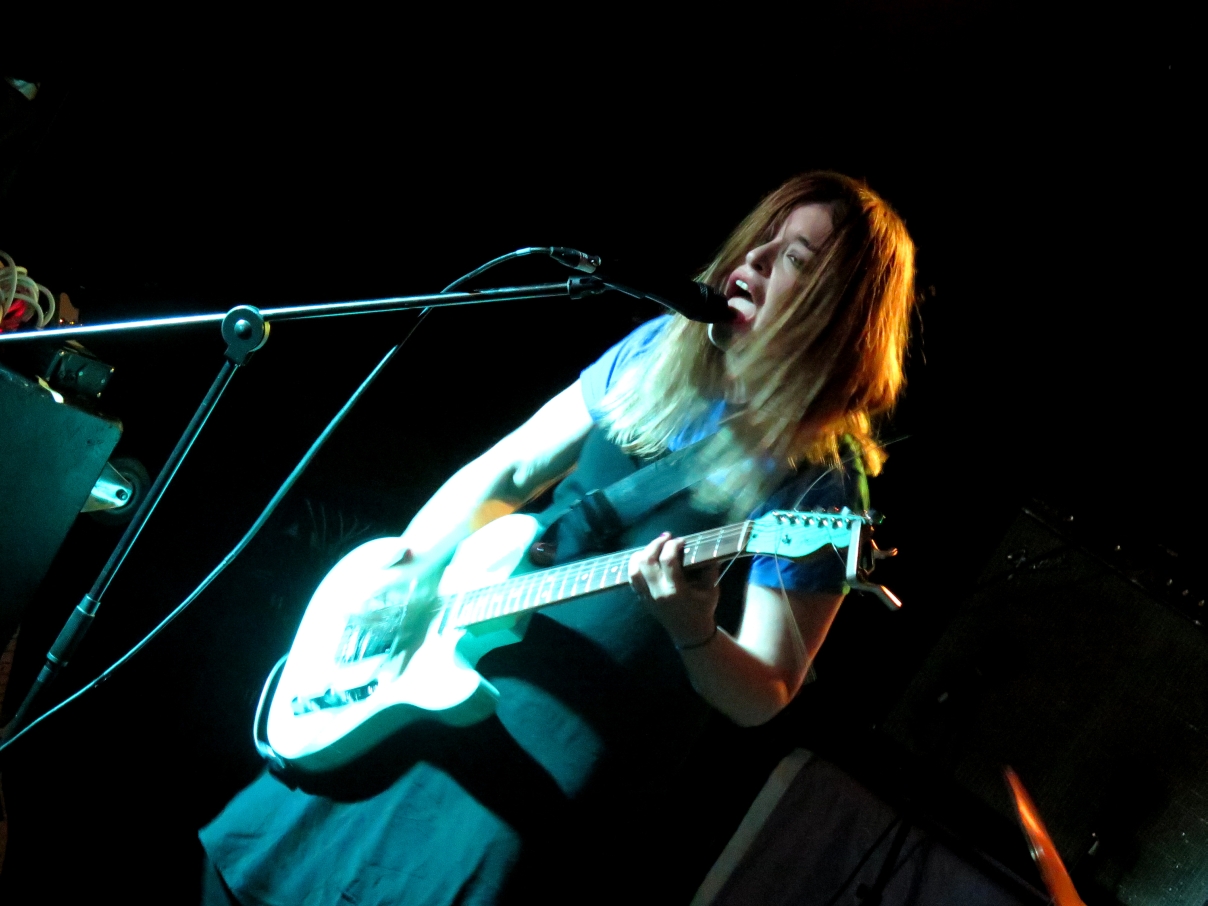 Mancunian grunge-pop trio False Advertising celebrate the release of their debut album with a set at Birmingham’s Sunflower Lounge. Louderthanwar’s Christopher Lloyd was there to report.

Hailing from Manchester, False Advertising have slowly released an impressive slew of singles over the last few years that have all been shown a flair for catchy riffs and a raw style that has seen the band garner both a solid fan-base and a mutual respect from their peers. It’s taken a while for the band to get their debut album Brainfreeze on the shelves but it’s been worth the wait, as it’s given the band time to grow and perfect their sound with a range of impressive live shows.

It’s late on a Sunday evening and the weather in Birmingham is atrocious. It’s a situation that can lead to a low turn out for many a gig, so it’s a testament to the bands live reputation that the venue is packed. The three-piece take to the stage and launch into You Said, a razor-sharp distillation of everything that is so great about False Advertising. Jen Hingley is at the mic, powerfully blasting out emotive lyrics atop of crystalline drumbeats and a jagged, raw, angular guitar sound that commands the attention of everybody present

After opening with a run of tracks from the new album, the band break into 2015’s single Dozer, and one can be mistaken for thinking the rain from outside has made it’s way through the roof, such is the humidity in the room. Jen screams “It’s not your fault that you’re hardly there”, as the bass line twists its way around a Sabbathesque, scuzzy riff, and any semblance of a lazy Sunday night vibe is efficiently destroyed.

Around halfway through the set, the band do a switcheroo, with Jen moving from front mic to drum kit, making way for Christopher Warr to take his place in front of the venues dimly lit spotlight to perform a few tracks. We’ve Heard This All Before, bounces along like a lost hard-edge Sebadoh classic, the perfect example of a track that highlights just how good False Advertising are at writing strong choruses that don’t so much stick in your head than feel as though they’ve been physically branded onto your skull. 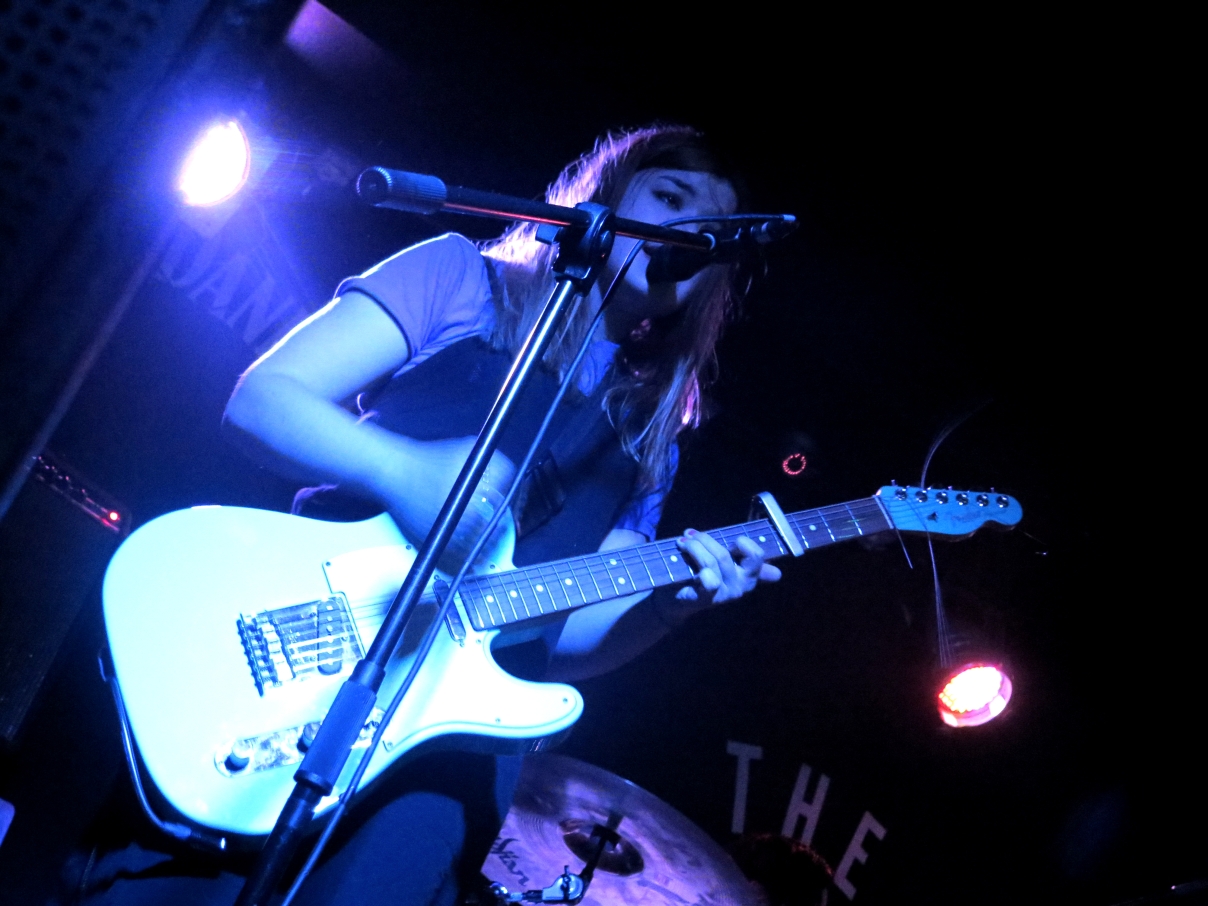 The short, solid set finally draws to a close with the heavy one-two punch of recent single Influenza, and Wasted Days. The latter is a forceful beast that tears out the PA at a whirlwind pace. Jen’s Guitar sound slices through the room, coursing over the ferocious rhythm section who are so lost in their performance that they don’t seem to notice just how much the crowd are enjoying the accomplished and impressive sound of a band that are playing at the top of their powers.