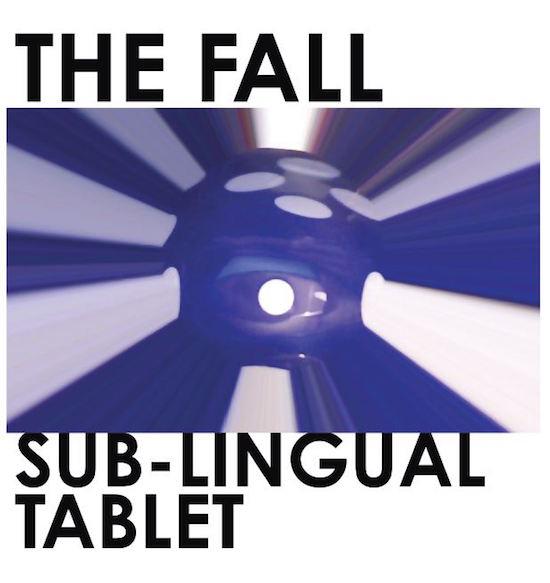 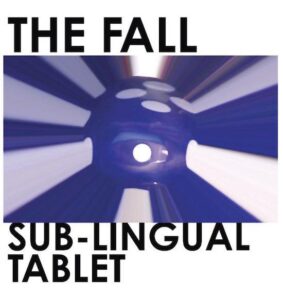 The Fall return with their thirty-first studio album. Louder Than War’s Paul Scott-Bates listens to his first.

I was once told by a ‘rival’ of Louder Than War not to write reviews in the first person. Needless to say, I didn’t write anything for them. Maybe it’s a slight anarchic streak I possess, or just holding to the LTW motto – ‘We Are Punk’.

I say all this because it is to my eternal shame that I admit to never once listened to a complete album by The Fall. Stranger too, as Mark E Smith lived his early life in Prestwich which is a twenty minute drive from where I now live, I’m also sure I once read that some of the original line-up(s) of the band came from Burnley my birth-town. I could be wrong.
Anyway, I digress somewhat. It was with a bout of calculated trepidation that I jumped at the chance of reviewing Sub-lingual Tablet. I jumped at it because it seemed to send an air of excitement through my body. I was desperate to hear it and see what all the fuss is about. Now I know.

On this, The Fall’s thirty-first studio album I can write a review as a relative Mark E Smith virgin, however wrong that sounds. Sure, I own Hit The North and Victoria, and heard endless tracks played by John Peel and occasionally Steve Barker, but I’ve never knuckled down to a full long-player. At the age of forty-something I aimed to do just that.

As opener Venice With The Girls explodes through the speakers, the characteristic Smith word additions of ‘uh’ and ‘er’ not only enable him to make any word in the World rhyme with another, but also ensure that The Fall to sound like no other band than The Fall. It rips and roars like a thunderball express from the opening bars and doesn’t let up. It’s pure rock ‘n’ roll.

What is particularly striking is the use of harsh guitars coupled with sweet synth sounds which is first heard on Black Roof. Smith’s monotone Manc drawl expels over a surely improvised backing whilst reverbs run alongside. The exciting bass sounds that commence possible album highlight Dedication No Medication make for engrossing attention. First One Today takes a trip back to the 60s with a surf melody underpinned by the two percussionists now ensconced in the line-up.

There’s even room in the eleven tracks to sneak in a cover version of sorts. Stout Man is a ‘reworking’ of Cock In My Pocket by The Stooges in the most literal way, hardly recognisable with its new funky guitar riff. Junger Cloth is pure power and aggression straight out of ’76 and one of many tracks that will be put on repeat.

In its full ten minute glory, Auto Chip 2014-2106 is looping repetitiveness at its best and to be frank could possibly have gone on for longer as proclamations of “how bad are English musicians”. It’s all brilliant stuff and what our musical dreams are made of. Peel wold love this.

A cursory dig at TV charity with Pledge! and another at Facebook on Fibre Book Troll?? Closing with Quit iPhone it’s easy to see where Smiths bugbears are, but it’s also easy to see why he thinks this album is the best thing he’s done for years. It’s loud, it’s proud and it’s full of magnificent Northern pride.

Sub-lingual Tablet won’t be the last we hear from The Fall I’m sure. Smith will continue to pump out post or modern-day punk with splattering’s of dance and improvised somethings for many a year to come. Me? I’ve got thirty albums to catch up on.

The Fall have a website here: thefall.xyz. They have a newsfeed which can be followed on Twitter as @fallnews and liked on Cherry Red’s The Fall Facebook page.