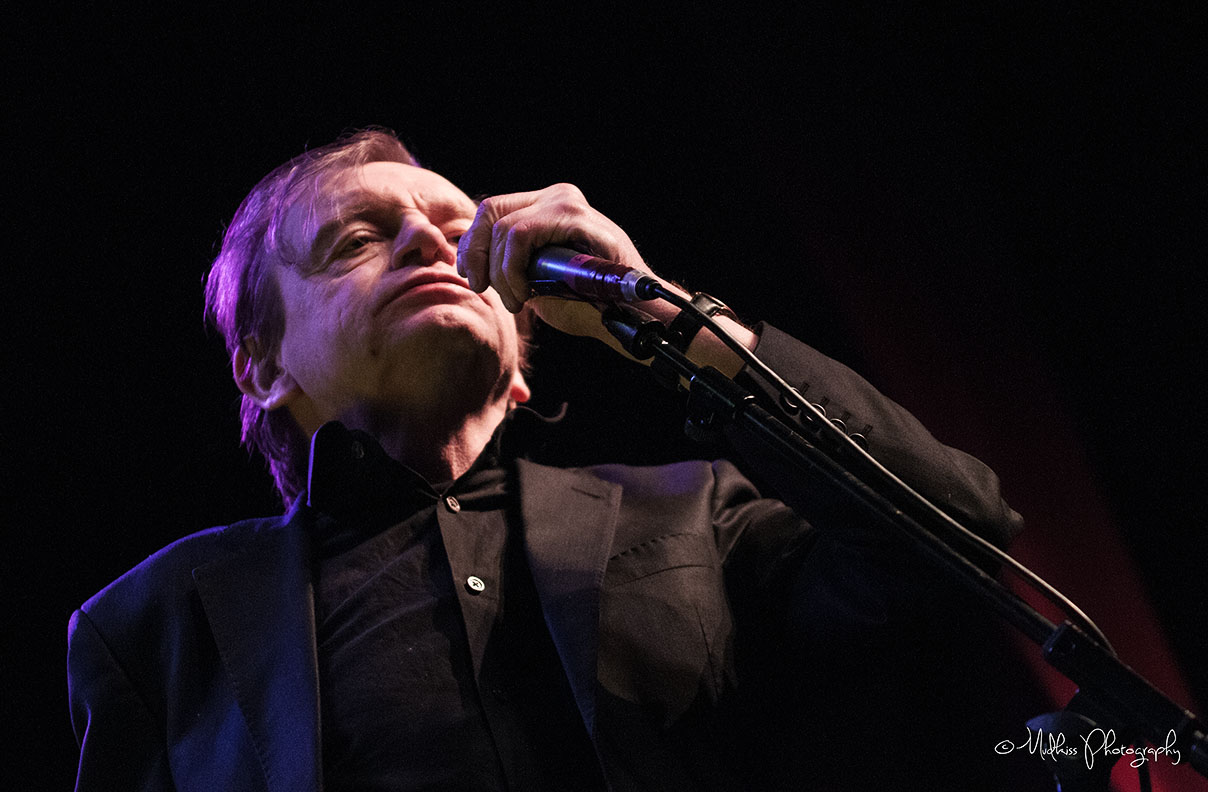 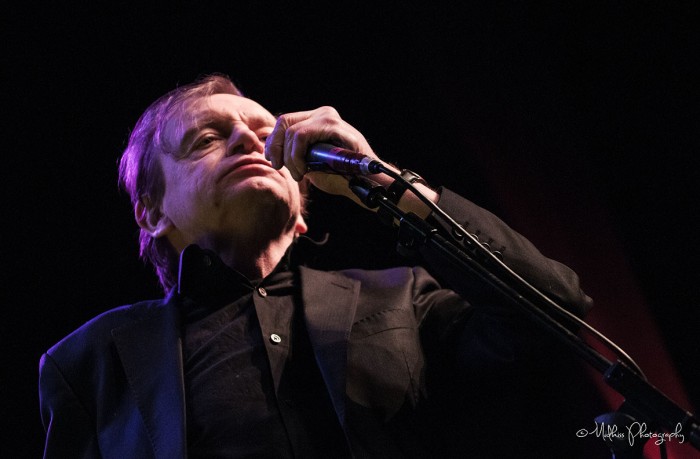 The Fall played Manchester’s Ritz last night – Nigel Carr reports back for Louder Than War with photos by Melanie Smith.

Ably supported by up and coming riot punksters and Mark E Smith favourites, Cabbage, The Fall hit the North once again last night in a truly polished performance that packed The O2 Ritz.

It’s hard to explain quite how important Mark E Smith and his current band of stoic supports are to the hardcore of the Manchester music scene. The Fall and the city go together like bread and cheese, like Mather and Platt, part of the fabric of the landscape for almost 40 years. Their original brand of often misfiring, jangly punk has morphed in to a driving and pulsating back drop of progressive noise that hooks you from the first note. It builds you up and drops you down, adrenaline busted after just over an hour of relentless beats, peppered with Smith’s half slurred and mostly incoherent delivery. 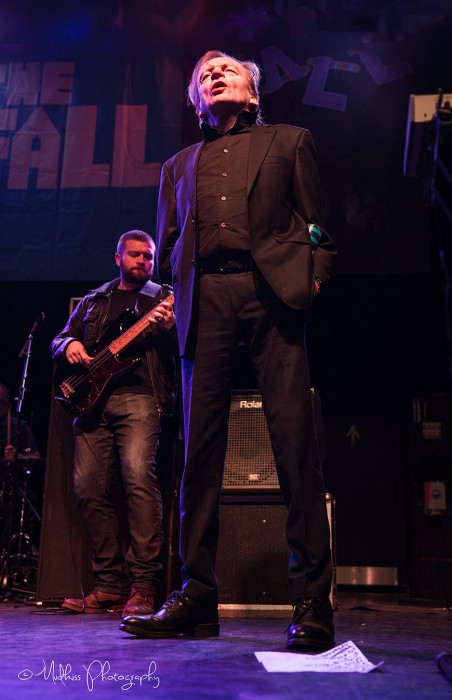 He screws up his face looking like Billy Casper’s granddad dressed all in black, off to a funeral, continually roaming the stage for another microphone and fumbling with papers on top of an amp and what looks like an Argos catalogue! At one time he has three mics on the go, holding two up to his face while grappling with another on a stand! Never have The Fall seemed so current and so vibrant while a new wave of young post punk bands rise around them; citing them as a major influence on their burgeoning careers.

Like an elder statesman of the scene, Smith stands proud in front of his band. Often plonking randomly on his mini synth stage-side or scraping one of his microphones discordantly across the keys, generally causing mayhem – his fellow band members completely embracing the mischief, like a sweetly honed machine whacking out the rhythm… Oh yes The Fall are back in town doing what they do best!

In terms of stability and professionalism, this band is the best – a unit for close on ten years they manage to produce tight, infectious beats while Smith hits us with his multi mic. acrobatics spitting out his visceral, poetic bile. It’s lacking keyboards tonight as Elena Poulou is absent but the rest of the band fill the gap sounding like a Manc power trio, ever enriching the sound which fills the shoulder to shoulder packed hall.

“Y’alright fer water” he addresses one fan in the crowd before the band launch in to yet another pumping punk-out rhythm. Mark holds the mic in front of one of the amps at the back of the stage creating thunderous feedback, drones and squeals through the PA. He then staggers across the stage before settling on to his keyboard, plink-plonking and adding to the complex mesh of sound. The aural assault never lets up and all the while the band play on. 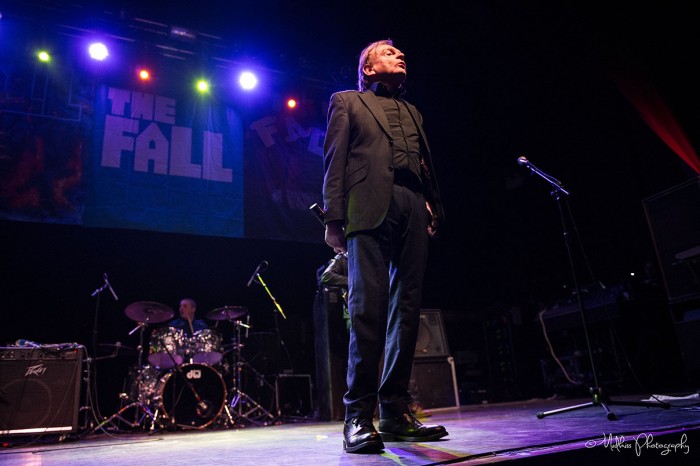 They mainly play tracks from last year’s Sub-Lingual Tablet and finish with an encore of the classic, Theme From Sparta FC which has become a proper crowd favourite over the years. It’s wild, deep and funky with a garage overlay and that rabid slur over the top – Did I say infectious?

The crowd love it – it’s a mix of middle aged men who have clearly loved the band for years and young kids who are reading about the influences of their new favourite acts. A real offbeat collection of the devoted and the starry eyed and you can see the appreciation on their faces as the lights hit them from the stage.

The Fall continue to be as relevant as ever as Mark E Smith steers them in to a new decade. More consistent on record than live, but so exciting you just have to witness them at an event like this. Truly inspiring and forever original!