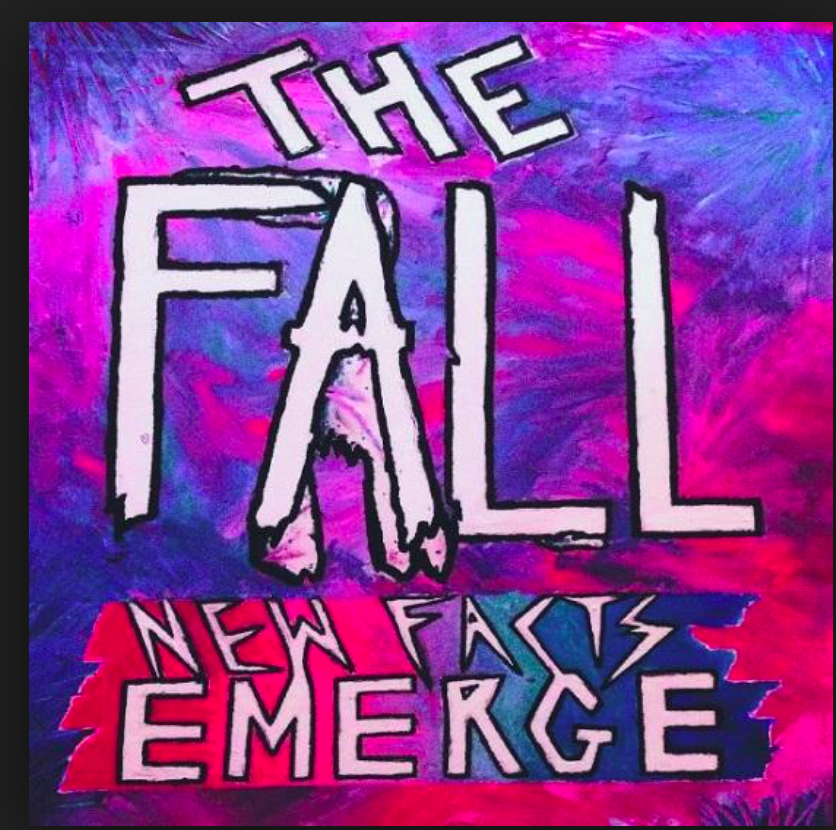 32 albums in and the Fall’s curious genius journey continues.

As ever the band/frontman split opinion and there is much debate about this new release and recent gigs where a clearly unwell Smith is digging in with an admirable defiance and yet releasing his best album since Unutterable and perhaps one of the five greatest Fall albums ever.

I’ve lived with this album for a few days now and it’s complex barbed music is like a shizophrenic lurch through macabre Lovecraft Fall and also the sort of rushing warped garage rock genius they were always so adept at. There is a whiff of the many Fall periods on this album from the snarky young Fall, to the Brix pop perfume to the tough gnarl rushes to the genuine terrifying psychic trips to those incessant driving riffs like on the title track – a genuinely brilliant piece of Fall riff hypnosis.

All the great Fall hallmarks are here – grinding hooky warped garage riffs like on Brillo De Facto, the moments of psychic clarity like on Victorian Station Massacre which was written before the dreadful bomb at the Arena which is part of the same building, the weird home recordings like the opening Segue or the unsettling Couples Vs Jobless Mid 30s – a sparse and dislocating piece with taped laughter, off kilter rhythms and bass gronk in a genuinely scary piece of music. Second House Now is classic off kilter Fall garage pop with a seering guitar riff. O! ZZtrrk Man is thrillingly catchy Slates period Fall built around a brilliant hooky guitar line (Pete Greenway is on fire on this album) and a gorgeous crooned vocal.

Many of the voclas are in that growling, garbled Fiery Jack come to life rattle that Smith has employed more and more in recent years – his voice becoming a diablo rattle and a blunt instrument in its own unnerving way. Some people hate the way you can’t hear the words in these songs and of course Smith is one of the great lyricists and those stream of consciounsness word rushes have always been so key to the band’s brilliance but in some ways the gnarled delivery just adds to the mystery – another layer to unpeal another off kilter and yet highly listenable moment. Groundsboy is Fall-a- billy perfection.

If anything the album is Fall playing to all their strengths and as much as long term observers always love the Hanley groove this current band have earned their stripes over the past few years and this is their own personal Fall masterpiece.

The final track ‘Nine Out Of Ten’ is an acidic dark humoured snark attack on yours truly for giving Fall mate Ed Blaney’s recent very good album a good review on this site and is all the better for its pointed assault on your author and probably loads of other targets in classic free form Fall style. It made me chuckle so much that I decided that the 32nd Fall album the same score – otherwise it would have been a ten. (It is that good, damn them…)