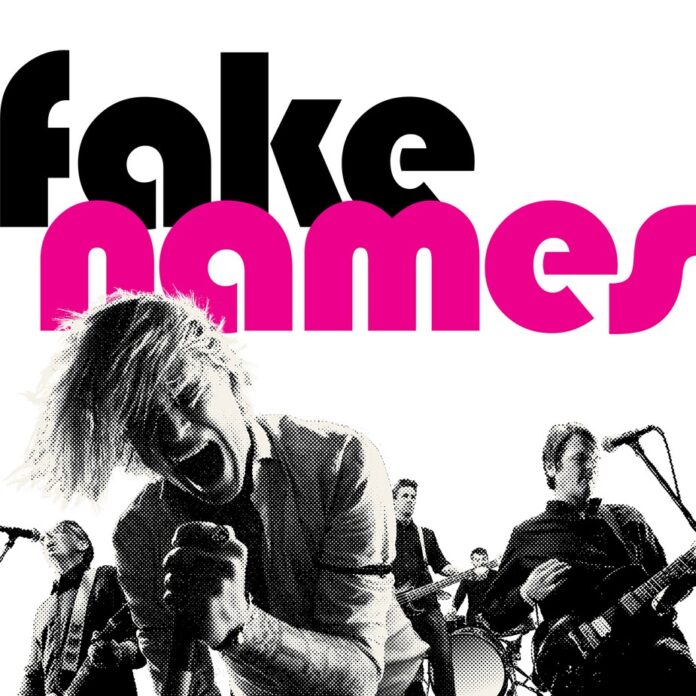 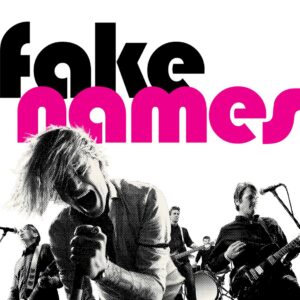 With members whose CVs boast past and present glories with luminaries of the punk and hardcore scene such as Refused, Minor Threat, Girls Against Boys, S.O.A. and Bad Religion, Fake Names release their self-title debut long player. Clocking in just shy of the half hour mark the album is a refreshing surge of vigorously enthusiastic power-pop tinged punk rock’n’roll.

You may have heard the three songs that preceded this release – Being Them, Brick and First Everlasting. If so, you’ve got a pretty good overview of what to expect from the rest of the album. Driving guitars, earnest vocals and a solid pounding rhythm section.Brick is foot to the floor sub two minute punk rock ball of energy, Being Them almost has elements of alt-country shining through the driving guitars, while First Everlasting has the feeling of a blue collar, working class Springsteen/Gaslight Anthem type melody – something which is repeated across several of the bands songs.

The remaining seven tracks are more of the same, a similar vein running through the core of the band, the urgent dynamic dual guitars, backed by a solid compelling rhythm section. The songs topped off by Lyxzén’s intense and heartfelt vocals adding an element of gravitas. None more so than in songs like Weight and Darkest Days, for me, two of the album’s highlights, the latter displaying a solemnity and darkness that is suggested by the songs title, but with Lyxzén’s lyric and vocal soaring with hope.

Lost Cause closes the album and ends proceedings on a high. Another pedal to the metal anthem, guitars sing as the powerhouse drummer pounds away with a relentless vitality on the skins.

While there may not be anything ground-breaking or earth-shatteringly new about what the band offer, each song offers something to maintain your curiosity and as a package the album is an entertaining thrill ride. Fake Names but no fake passion or oomph.