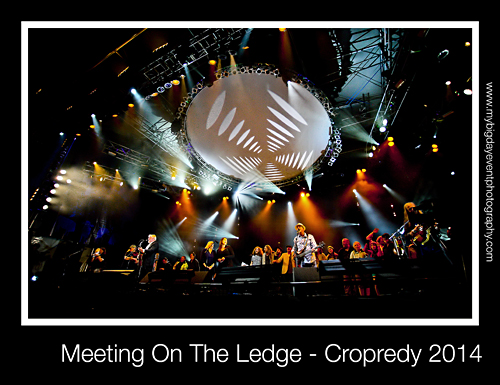 Fairport’s Cropredy Convention has been a staple of the festival calendar for many years. Originally conceived in 1979 as a farewell gig for folk rock trailblazers, Fairport Convention, the festival and coming together of members old and new gradually became a yearly tradition; this year the second weekend in August sees the latest incarnation of Britain’s friendliest festival. This year both Dom Walsh and idp are in attendance so here’s what makes the event special for them.

Boasting just one stage, all acts have the festival goers full and undivided attention. There is no backstage bar, therefore many of the artists mingle with the public at the large bar area usually quaffing Wadsworth 6X ale, or the festival’s special ale; Fairport Five. As you mooch around the main field there are an array of stalls and eateries. There is children’s entertainment at the back of the main field, and you can usually see a dog or two sporting the latest in neckerchief fashion!

Whilst there is plenty going on in the main field, one of the best things about visiting Cropredy is that there is access to the fringe festival in the beautiful surroundings of the village. A short walk over the canal bridge will bring you to two pubs; The Brasenose and The Red Lion. Both pubs have fully stacked programmes of bands that run throughout the day. Both establishments are superb hosts to the thousands of people that descend upon their homes for the yearly gathering. There are also markets in the village selling all kinds of things ranging from old records, natty headwear, and tree trunk sculptures! Be sure to check out their listings before you visit the festival so that you can take in the fringe festival as well. This year, there are Cropredy stalwarts Spank The Monkey and Leatherat performing at The Brasenose, whilst Benjamin Folke Thomas is a key part of The Red Lion’s bill. 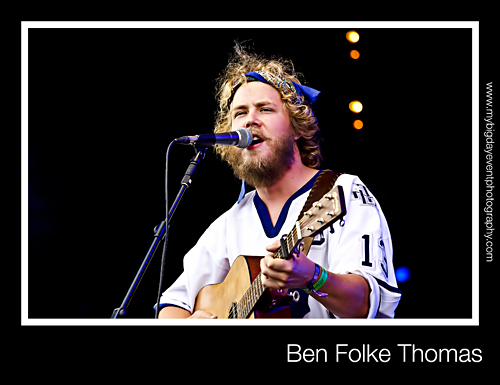 A bit of a longer walk from the village is another pub; The Bell at Great Bourton. There are no bands on at The Bell, however this pub means you can escape the bustle of the festival for a short while, and a pint of the seasonal Haymaker is a must for ale drinkers. In addition to this, Cropredy Cricket Club has a bar open throughout the festival as a halfway house between the village and the festival site.

The thing about Cropredy is this – it’s about listening to music. There’s some beer of course and a little bit of dancing and some silly hats but mostly it’s about setting up shop in the best place you can get, (there’s plenty of good places because the slope of the field makes for a natural amphitheatre and there’s great sound and visuals from the big screen), and settling in for the day. It’s pretty much a fancy dress free zone and there’s a merciful absence of stiltwalkers. The food’s good too. Highlight last year was nettle curry. But to reiterate – at Cropredy it’s the music that matters.

By tradition Fairport themselves play the opening set and close things off as well on the Saturday night, (the festival runs on a very civilised Thursday to Saturday system) but there’s always plenty of big names and less well known ones too, from across a wide range of genres. Cropredy might have a reputation as a folky sort of shindig but that’s pretty unfair. Last year was a prog year for example with Genesis Revisited, Marillion and Australian Pink Floyd. 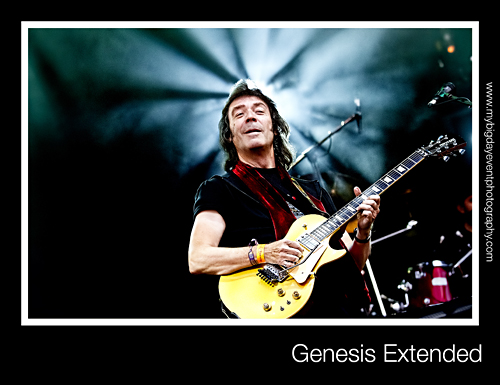 I’ve tried to pick out the theme for 2015 but I haven’t found it yet. There’s Emmylou Harris and Rodney Crowell headlining on Thursday and Level 42 on Friday and there’s The Levellers, Fish, Toyah and Paul Carrack too. Maybe it’s an eighties year. Maybe the theme is just ‘an interesting mixture’.

And with two of us from Louder Than War in attendance we should be able to report back in luxuriant detail on what goes on. I know Dom’s looking forward to reggae fusion band Dreadzone and folk rockers Trad Arr. Myself I’m quite shallow and I’m looking forward to all the people who will make for great photos and get on the front page of my website. And Emmylou of course. And some more nettle curry.

Words by Dom Walsh and idp. You can read more from Dom at his author’s archive here. Dom also tweets as @bwfcdom83.More work by idp can be found in his Louder Than War archive. His photography website is here and his photo blog is here.