In what is their 50th year, Fairport Convention are still going strong. Louder Than War caught their latest Winter Tour at Salford’s Lowry Theatre to take in the band’s celebration of their half century.

Going to see Fairport Convention always feels like a red and gold affair. The sense of occasion in their fiftieth year of being is clear to see in the band and the people that go to see them. They have a special bill in place for their superb annual August festival – Fairport’s Cropredy Convention. Before the jewel in the band’s crown, they are currently on one of their most extensive tours; taking in as much of the country as they can. 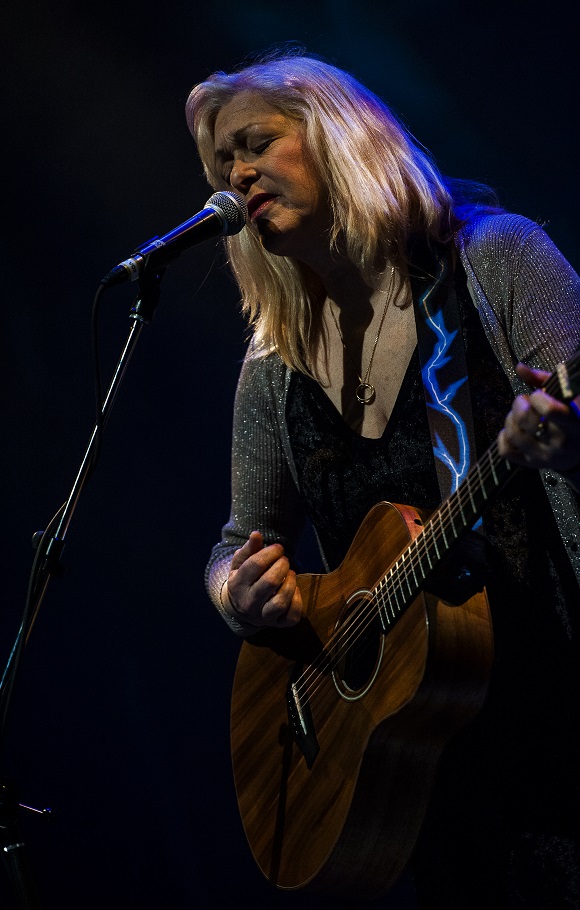 Around the mid-point of the tour, the band took to the stage after a short support slot by singer, Sally Barker. As is customary on Fairport’s winter jaunt, they join the support for their last number and segue seamlessly into their own set. To celebrate the band’s 50th year, they have an imminent new album out in March called 50:50@50. It is from this upcoming release that the band took their opener; the autobiographical Our Bus Rolls On. Ruminations on the past and where the band is at in 2017 are a common theme throughout the current show. Legends that have passed, such as Sandy Denny and Dave Swarbrick, are fondly mentioned in introductions to Denny’s calling card; Who Knows Where The Time Goes, and a rousing version of Rising For The Moon (with Sally Barker providing additional vocals). Similarly, Now Be Thankful features an introductory anecdote about Dave Swarbrick and Richard Thompson attempting to write a ‘hit’ for the bands 1970 release; Full House by disappearing upstairs with what looked like an Oxo cube!

Mentions of Richard Thompson are frequent in tales from the band, or the songs themselves. Genesis Hall, Crazy Man Michael and the beautiful Farewell, Farewell have all been reimagined and rearranged on Fairport’s By Popular Request album. The startling thing about these compositions is that Richard Thompson was a teenager when writing such profound songs. This is also true of the evenings encore; Meet On The Ledge. People that frequent Fairport’s Cropredy Convention will understand the magnitude of this song. It closes out their headlining set every year to swathes of people arm in arm belting the chorus out. It is a song that has significance to a lot of people for many reasons (myself included). With such reflective words for a then young man, it is one of many great songs that Richard Thompson has written. 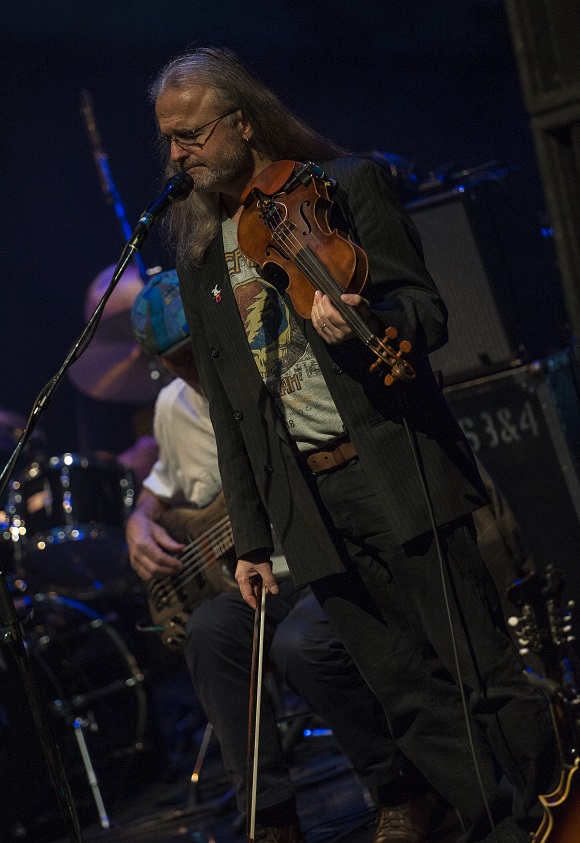 Whilst talk of the past is a given, Fairport’s current line-up is the longest serving of their many members over the years. Simon Nicol has been largely ever present since 1967 with Dave Pegg being in the band since 1970. Ric Sanders and Gerry Conway joined in the late 80’s and 90’s respectively, with Chris Leslie also being an addition to the group in the 90’s. In Chris Leslie, Fairport has a gem of a songwriter and vocalist. The introduction of the use of the banjo on Liege and Lief classic Matty Groves gives the song a whole new life from its legendary 1969 cut. In addition to these nuances to make older songs fit with the current line-up, it is his craftsmanship as a songwriter on newer songs like Eleanor’s Dream and Devil’s Work that keep the band evolving. Also, the arrangements for Bring Me Back My Feathers and Danny Jack’s Reward show his and the bands incredible musicianship.

Fairport Convention are hugely influential; they have created some of the greatest songs of all time. To still have the verve and vigour to go out and comprehensively tour (not just a couple of dates a year) is something to be lauded. It is clear that the demand is there for this much loved band as many of the shows have sold out. They are truly a national treasure, and their festival in the summer is one of the best on the circuit. It’d be nice for the band to work on their in between song patter though…the crowd could have been treated to couple more songs in place of the abundance of shameless plugs for the new record and dodgy DIY jokes! 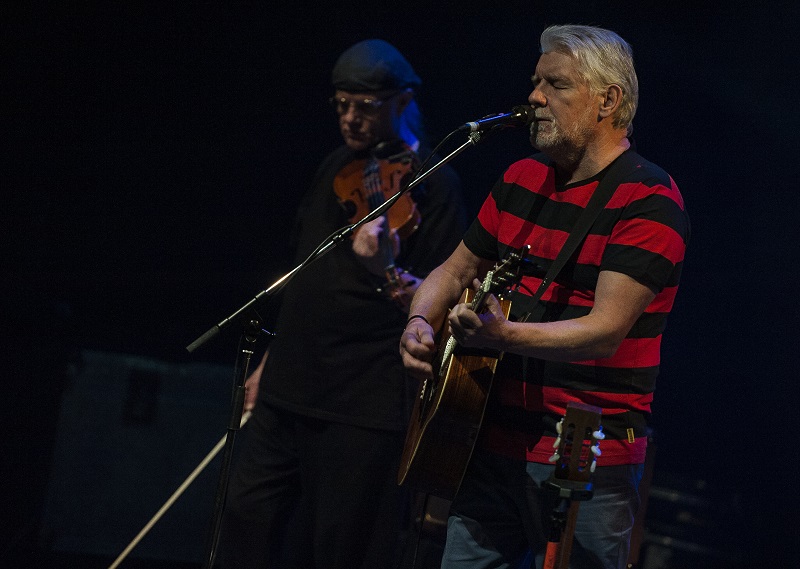 Live photography by Mike Ainscoe, shot at The Atkinson on 10th February 2017.  You can find more of Mike’s writing on Louder Than War at his author’s archive. He can be found on Facebook and his website is www.michaelainscoephotography.co.uk