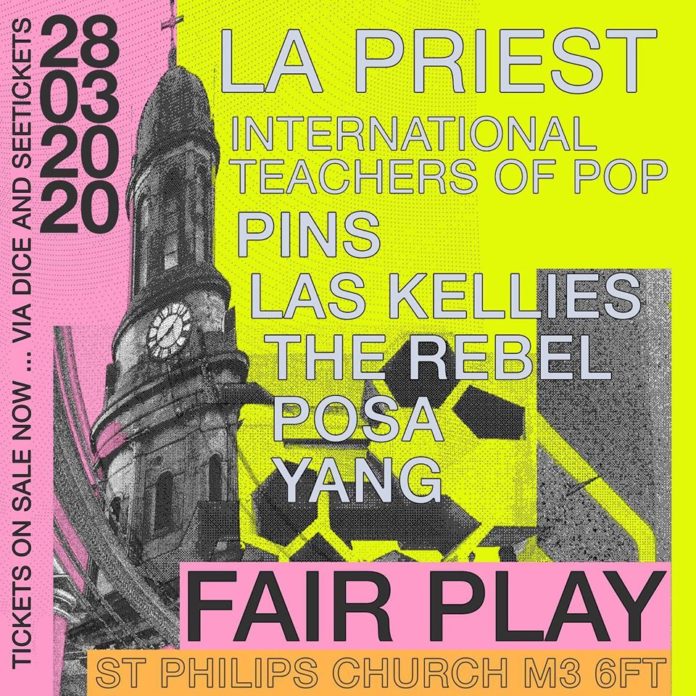 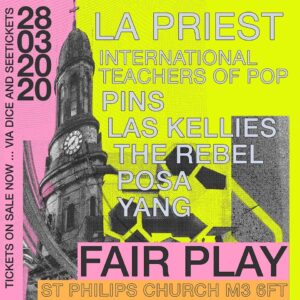 Salford has a new festival;

Organisers of the inaugeral Fair Play Festival have just announced their debut line up.

The aim of the Fair Play Festival is “to be a hub of discovery as an eclectic, genre spanning line up”

The festival takes place at:

Topping the bill is LA Priest, who has just returned from a five year hiatus and will play an exclusive Northern show at the festival. Electronic music rarely comes as playful and pop tainted as this. Formerly operating under the name Sam Dust, he gained tremendous attention as the front man of Late Of The Pier before vanishing into the shadows in 2010. He then resurfaced with the critically acclaimed solo album ‘Inji’ in 2015, under the LA Priest moniker before repeating his vanishing trick. 2020 sees his return, with new album ‘GENE’, that acquires its name and focal point from the analog drum machine Sam hand-built and used to make the record.

Joining him are International Teachers Of Pop, with their infectious pop tracks accompany bedroom-esque dance routines to create a wondrous maximalist soundscape from former members of The Eccentronic Research Council and The Moonlandingz. 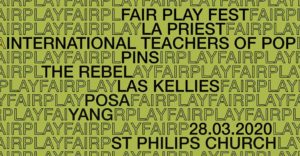 Also on the line up are Manchesters’s own PINS, Argentina’s Las Kellies, Ben Wallers of Country Teasers performs under his solo moniker The Rebel, DIY collective POSA and electronic duo YANG.